My husband and father-in-law built this crib over many weekends. They decided against using pine since it is soft. Instead they used maple and the materials cost far more than the $50-100 estimate. The finished project is beautiful and is lovingly referred to as the bomb shelter because it is so sturdy and heavy.

They made it so the mattress could be raised and lowered as well as easily converted into a toddler bed. They used the crib mattress as a starting point to adjust the plans to ensure there would be no gaps between the sides of the crib and the mattress.

They used a router to put a dado at the top and bottom of the sides so the slats fit into the slot instead of just butting against the top of the rail in order to minimize the number of nail holes and create a nicer fit. They used one solid piece of maple plywood at the ends of the crib because there is a lot of temperature variation where we live resulting in a lot of expansion and contraction and they wanted to make sure that didn't cause any gaps. 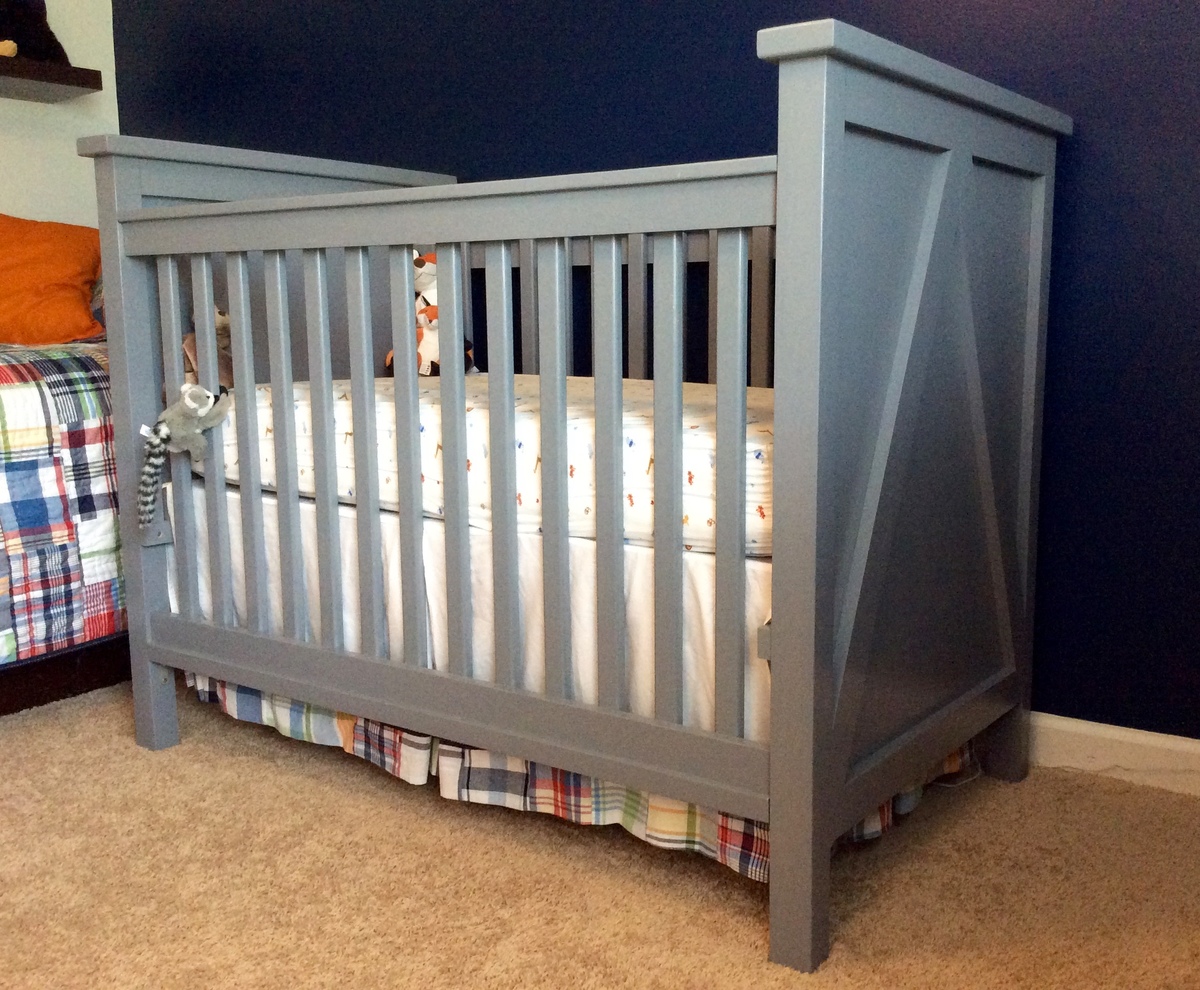 Built from Plan(s)
DIY Farmhouse Crib - Featuring DIYstinctly Made
Estimated Cost
$450
Estimated Time Investment
Week Long Project (20 Hours or More)
Type of Wood
Maple
Finish Used
Minwax Water Based Wood Stain - Slate (white tint base). After the maple was well sanded the pores in the wood got clogged up and it didn't stain well. It took a lot of coats. It would have worked better on a more porous wood. We were concerned about the finish being baby safe so we went with a water based stain.
Recommended Skill Level
Advanced 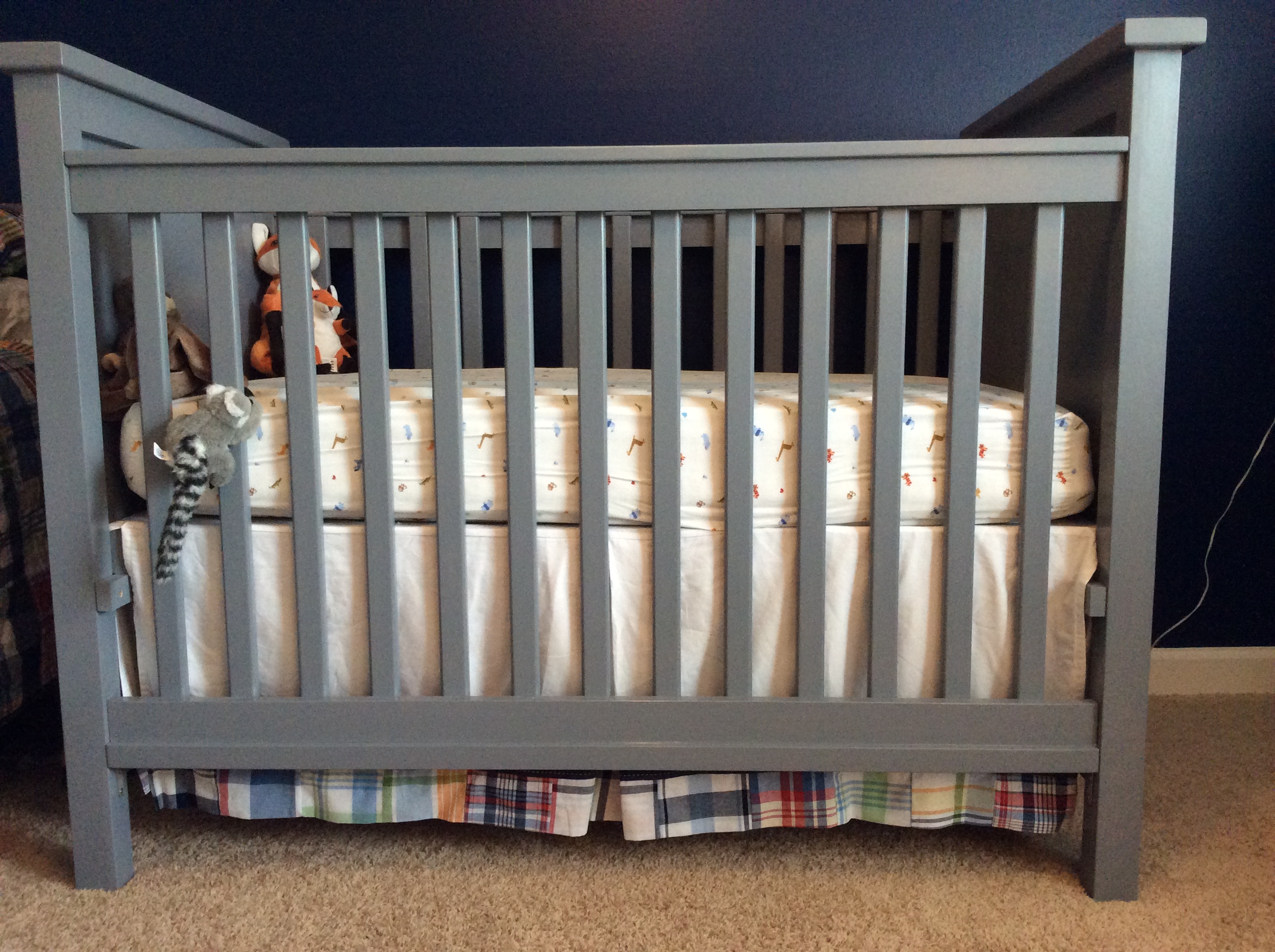