We followed the plans, but did run into a couple snags. Because we were making two tables, we thought it might be easier to do all the cuts first, and then assemble both together. We agreed it was easiest in the end (so we weren't going back and forth to the saw), but the cut list called for one extra trim piece that the plans never used... lucky for us, we realized this before doing the cuts so just skipped it. The cut list left out one piece that the plans asked for at the end (for the life of me, I can't remember what it was), but we had quite a bit of extra lumber thanks to carefully thought out cuts so it wasn't a big deal.

We found that the plans really forced us to think out our approach along the way. We are true beginners, and we even ended up having to think about where we were sinking the screws and making sure to sand the pieces prior to assembling.

As far as our materials went, we purchased most of it at Home Depot. For the tops, we decided to use some scrap MDF that we had leftover from another project. Otherwise, we just used the cheapest lumber we could find, and pine for the 1x6 and 1x12's. Our Home Depot bill was $104, but we have a few pieces of lumber and pine that we didn't use, so plan to take them back. We already had the paint, and we bought the hardware at Lee Valley in Vancouver (BC), which was $24. We figure that the end price for each table is about $60.

For more details, check out my blog post on the project: http://www.andreakrisourchaos.blogspot.ca/2012/03/pinterest-challenge-b… 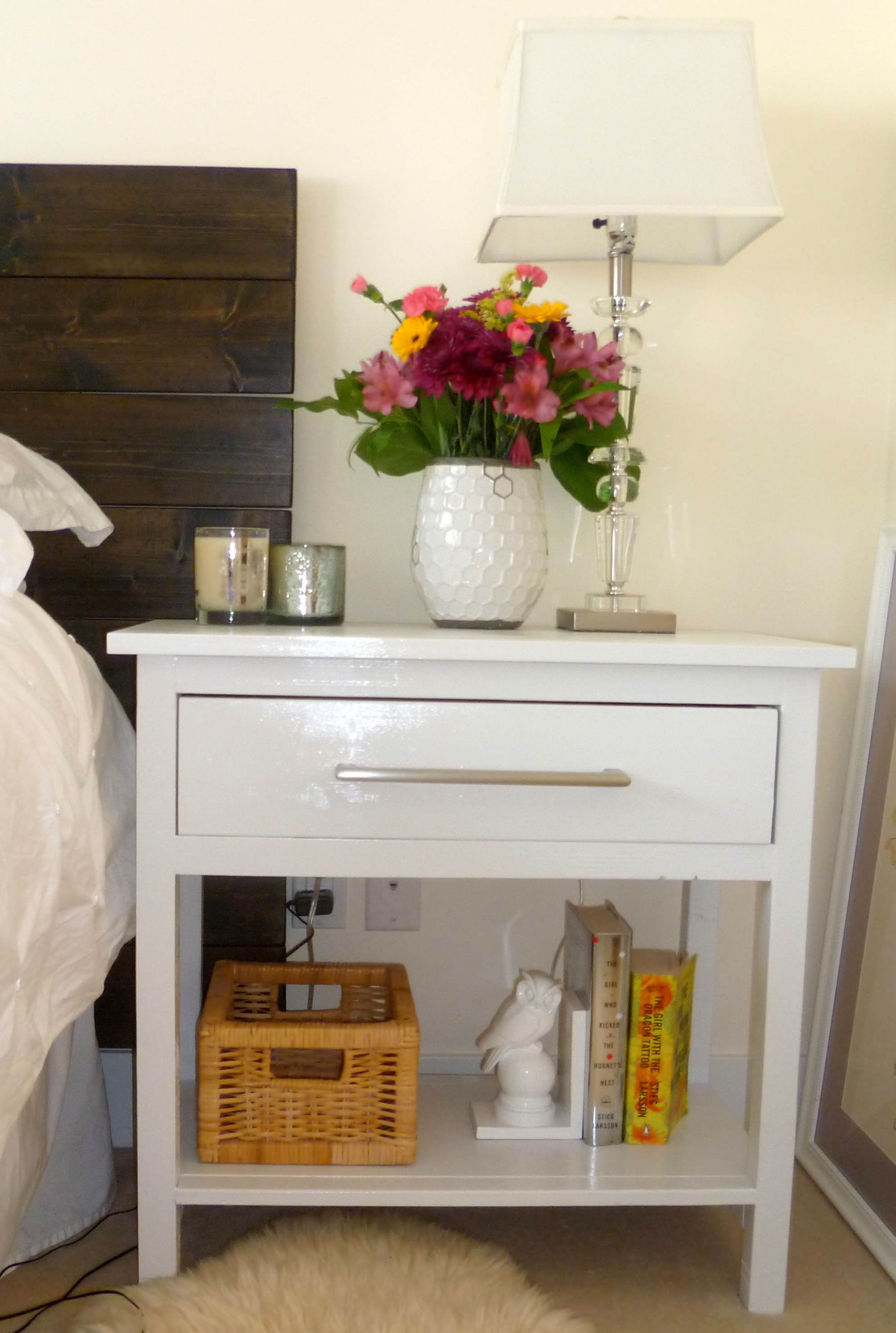 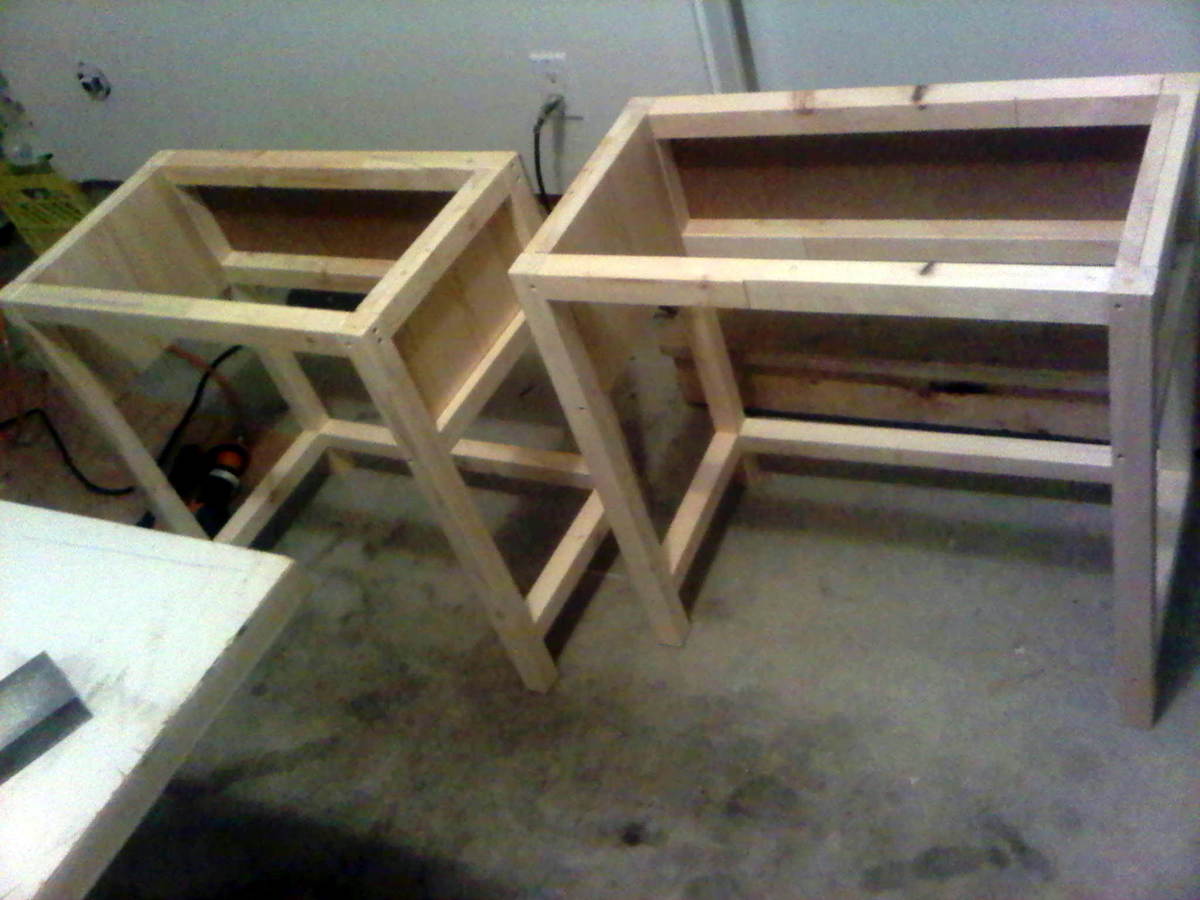 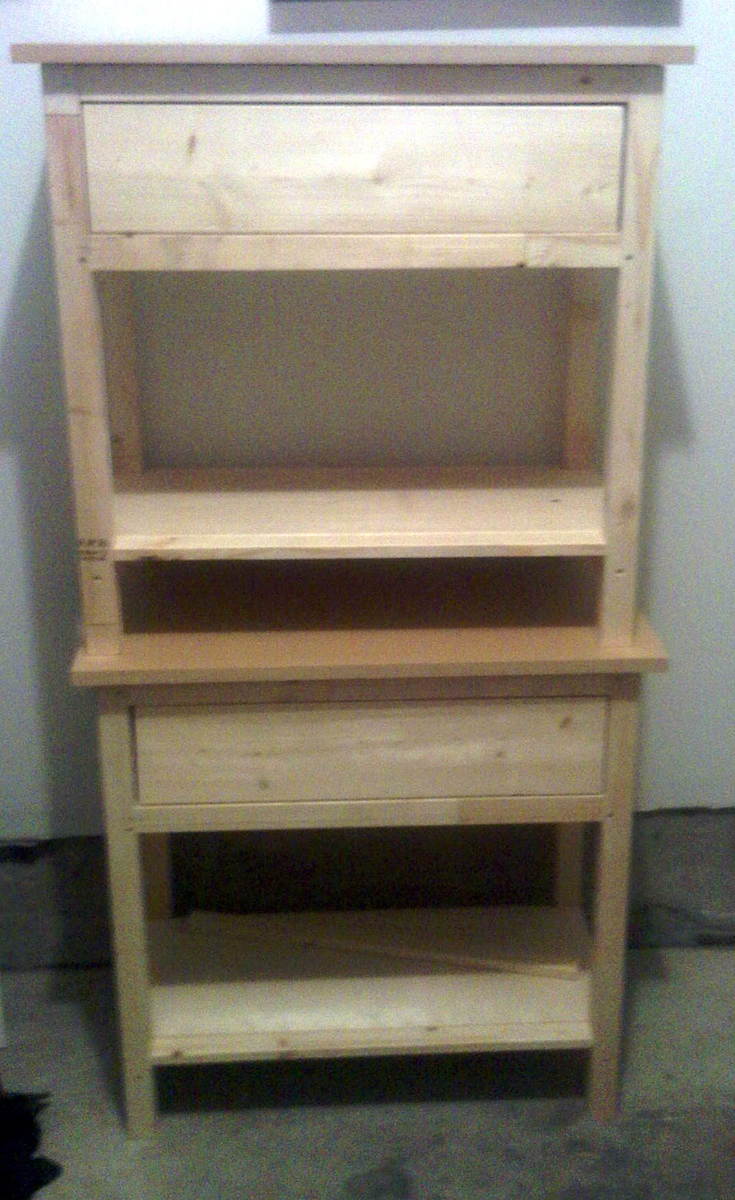