This was my first big build, previously I had only made the $10 ledges. It mostly went as expected! The hardest part, as many have said, is keeping the pieces still while drilling the pocket screws into place. The bed itself did not take much time to build, my time estimate is so high due to the finishing, and really it could’ve used a great deal more sanding and sealing. I was OK with a somewhat rough/rustic finish because it is for my daughter’s “forest” themed room.

I considered using bed hanging hardware, but all I could find used hooks or something similar, which does not seem wise for a bunk or loft bed, since someone could be underneath and accidentally lift it out of place! In the end I just use pocket hole screws to attach everything like the plans dictate. 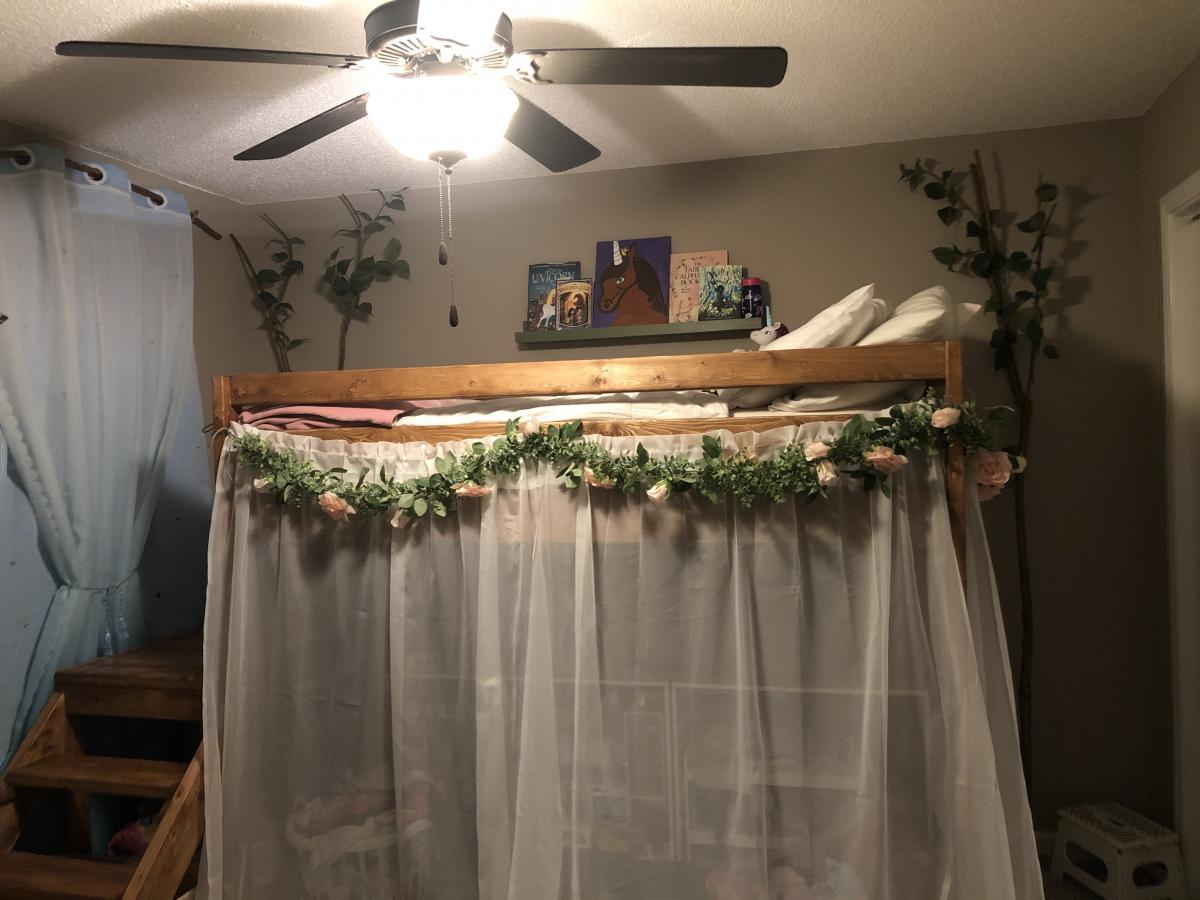 I bet your daughter loves it! Thanks for sharing:)