tools to get started?

i was just wondering if someone could make me a basic list of tools i need! im pretty sure im going to have to buy them all...but what brands do you prefer (something cheper maybe)

Welcome! Ana has prepared a complete list of must have tools, Here's a link http://ana-white.com/get-started.

I'm not a lady

, but I'm going to go ahead and post. Ana's list referenced above is a good place to start. If you haven't ever used tools before, I'd recommend starting w/a jigsaw. Does more than a circular saw, less noise/intimidation and can easily cut straight lines, as well as curved. I've got a new jigsaw coming today, and I'll try to put up a post on how to build a cheap (< $20) straight cutting jig, so you can have absolutely straight rip cuts and long cross cuts. Not sure where you live, but if you are in a city, don't be afraid to look for tools at pawn shops and Craigslist. Most of the power tools Ana talks about are simple, and should be ok to buy used. The only thing I would absolutely buy new is a cordless drill. The reason is that the batteries are the expensive piece, and if you buy used, you may end up spending more to replace the batteries than if you had just bought new to begin with. As far as brands go, on the power tools, if you are buying used, look for higher end brands like Dewalt, Porter-Cable, Milwaukee, Bosch, and Makita. If you are buying new, I'd try to stay in the mid range, rather than just the absolute cheapest. At the Orange, most of the Ridgid branded tools are pretty good, and the Ryobi tools are decent for the price. I'm not a big fan of the Black and Decker stuff, but if it comes down to that or nothing, then B&D is ok. Just checked the Orange web site, and this cordless drill

is on sale for 39.95 including a charger, which is a pretty good deal. http://www.homedepot.com/Tools.....ogId=10053 With the jig saw and cordless drill, you can cut and join wood, which is all woodworking really is. There is a REALLY long list of other stuff you will want later, but these two tools, and the stuff Ana lists will let you get started, and you should be able to buy everything for less than about $150  or so.

Great reply Joe. I was thinking of asking the same question. I'm finishing up my first project (the land of nod 6 cube book shelf), but I had Lowe's make all my cuts. It was great having them cut the pieces, but when i got to the end, I must have been off a tiny bit 'cause all my horizontal trim pieces need to me 37 and 7/8ths instead of 37.5 -- so i had to go back the the store and have them re cut six trim pieces.
Anywho... I thought it'd be niece to have Lowes cut the big pieces -- but anytime I need trim cut, etc, it'd be nice to cut myself. We're on a tight budget right now AND I'm very nervous about using a miter saw or circular saw...so sounds like a jigsaw would be a great tool for me. I'll be on the look out for a post re: strait cutting jig.

This link appears to be broken

I tried this link and it appears that it is broken.  It says the page is not found.

why did she take the getting

why did she take the getting started page away? 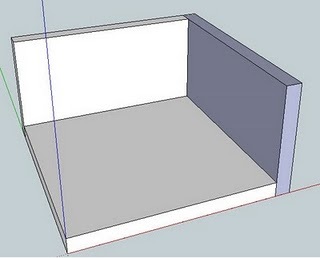 How Do I Get Started page

on the home page, look under the "How to" section ... the page is still there. 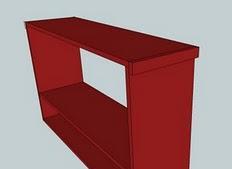 I did my first few projects

I did my first few projects with a circular saw, jig saw, sander, drill, hammer and nails.  I found that the blade of the jig saw would curve and was very sensitive to movement so it doesn't cut as well as I like.  The circular saw seems intimidating, but it cuts much cleaner (perfectly if you make a guide for the cut).  But for those big sheets of plywood, I have the store rip them down into smaller strips that are manageable for me.

As for brands, you can get away with the cheaper brands since you are not working on your tools every day.  Crafts people swear by dewalt, but they make a living off of there tools and we are just using them for hobby purposes.  Roybi has a good set of tools in a kit for $119.  For a beginner, I would sugest something like this to get started with.  http://www.homedepot.com/Tools-Hardware-Power-Tools-Combo-Kits/h_d1/N-5yc1vZar5v/R-202007603/h_d2/ProductDisplay?langId=-1&storeId=10051&catalogId=10053

The best option would be to make friends with a neighbor with tools and get some guideance.  In my area, there is a tool library that is an endless supply of tools and great help.  Good luck! 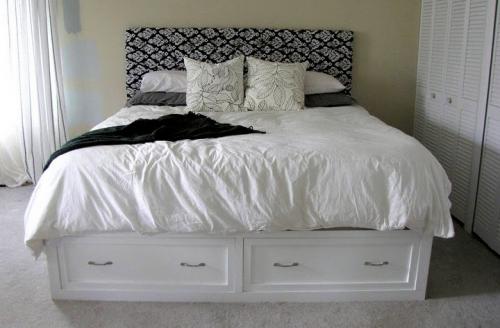 Advice my dad gave me

and it has served me well: only buy a tool when I need it, not when I think I might need it.  When I buy a tool, buy the best one I can afford.  That's not always the most expensive tool.  I've had excellent luck buying hand tools (i.e. they don't use any electricity) on ebay. My three favorite planes all came to me second hand.

My preferred chisels were pretty cheap as well.  I mail ordered the set of four chisels from this site: http://www.leevalley.com/US/wood/page.aspx?p=49989&cat=1,41504,43500&ap…  That's way more than the chisels they sell at the big box stores, but the chisels take a much sharper edge and hold their edge a lot longer (the chisels from Orange go dull quickly).

Also, if you see an advertisement on television for a tool brand, don't buy it.  The better tools don't need those kinds of campaigns.

I avoid battery-powered tools for most use, for a couple reasons: weight and price. Battery-powered tools have less power and more weight than corded tools. I get tired of using the tool sooner when it is heavy. Corded tools also cost less and last longer - usually the first thing to go is the battery. Batteries are getting better and lighter, but as of 2011 I still rather deal with a cord than the weight and reduced power. My only exception is for my *second* drill/driver. It's nice to do stuff around the house with a cordless, and I can use it to drill pilot holes so I can run in screws with a corded driver - with no bit changes.

A real quandary is circular saw vs. jigsaw. It used to be that jigsaws were too underpowered and slow to be good general-purpose cutting tools. With a good orbital jigsaw and the right blades for the job, that's no longer true for me. I'd rather keep my jigsaw than my circular saw, if I had to choose. There's no good way to cut a curve with a circular saw, for one thing (not that cutting curves with a jigsaw is a good place to start - it isn't). I use a guide for cuts even with a circular saw, so I do about as well with a jigsaw, although it is still slower for long cuts.

My favorite jigsaw is the Bosch 1590, but it is a pricey thing. The new 470 would also be good, but they don't give them away either. Here are the things I like best (besides overall high quality and durability): 1) toolless, touchless blade change. No more burned (jigsaw blades get HOT) or skinned fingers changing blades (which you do fairly often), 2) four settings for orbital aggressiveness of cut.

If a circular saw is still on your list, use the Ridgid 6 1/2" circular saw at HD to compare against. It's about as light as anything out there, and compact. Most circular saws are too heavy. Many grips are big, so see how they fit in the hand. My personal choice is the Bosch CS5, so I can see what I am cutting better. It weighs about 10 1/2 lb vs the 9 1/4 lb of the Ridgid. I see no reason to own a heavier circular saw than 10.5 lb - some are much heavier. If you buy a cheap saw, it probably comes with a very bad blade. Buy a good combination blade for it - it makes a huge difference.

I don't think a laser on either type of saw would be very useful to me.

If you won't be cutting sheet goods like plywood or MDF, buy a hand saw and learn how to use it. I've heard good things about the Irwin saws, or if you're a bit patient hunt up a restored Disston D-23 on ebay (which is what I did).

The hand saw lets you cut a lot of things cleanly you couldn't otherwise, like 4x4s. For smaller projects they're faster because of the lack of set up time. They're also very unlikely to cause any kind of injury.

Frankly, hand saws are some of the tools I'm happiest I've bought. Learning to use them is a bit of a revolutionary experience.

I agree on the Irwin hand saws. The 20" universal would be a good handsaw. A 26" carpenter's saw takes more practice to take full advantage of, and is heavier. About $15-20. After a few projects, you have to learn how to sharpen the blade, though. Cutting with a dull handsaw blade is exasperating.

To make a 90 or 45 cut using a handsaw:
1) Mark the cut at one edge, then use your speed square and pencil to draw the line across the board.
2) Wrap your left hand around the far edge of the board, a couple inches left of the line to steady the board.
3) Rest the edge of the saw blade closest to you (near the handle) on the cut line.
4) Put your left thumb up against the blade just above the teeth. It helps guide the blade. Keep your left index finger out from under the cut at all times. Stick that thumb out like you were hitchhiking.
5) Pull the blade slowly back, taking care to stay on the mark. Use only light pressure. If the blade jumps off the mark, go back to step 3. At the end of the upstroke, lift the blade out of the cut. Repeat until you have about a half-inch cut into the corner of the board.
6) Now move your left hand a couple more inches away from the blade and start leaving the blade in on the downstroke. Remember to keep the pressure light and let the saw do most of the work.

As you gain practice, it gets easier. One upstroke makes the initial cut, and higher speed and pressure makes the cut go faster.

For the cuts that show on the finished piece, you might add a miter box and miter hand saw. The miter saw will have finer teeth for a smoother cut (and take longer to make a cut), and the box helps with the line. I never use them myself, it's too slow.

I checked out the Ridgid 6 1/2" "Fuego" circular saw today at HD. I quite liked it - compact, light weight, and the controls and adjustments seemed straightforward and convenient. If I were looking for a circular saw, it would be on my short list. $99, cheaper than my Bosch.

The left thumb goes just above the teeth right at the point you are starting the cut in the wood, not further up on the blade. 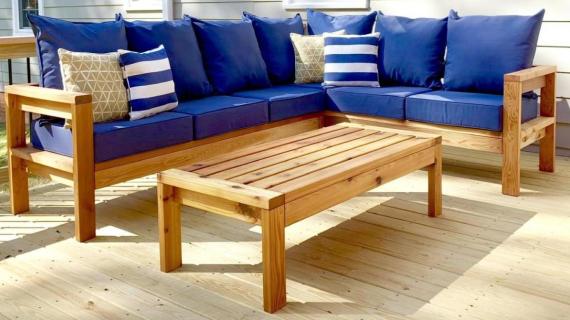 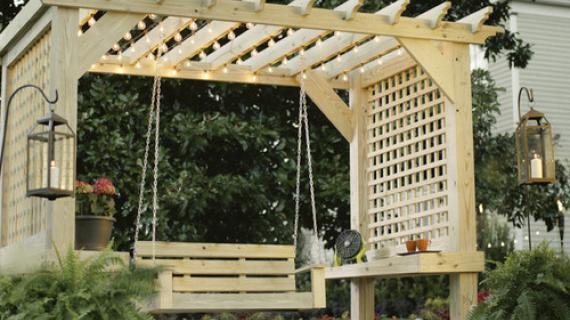 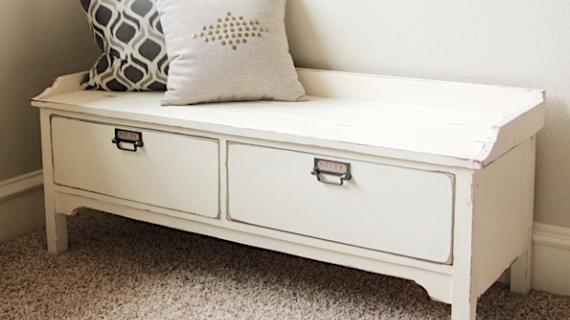