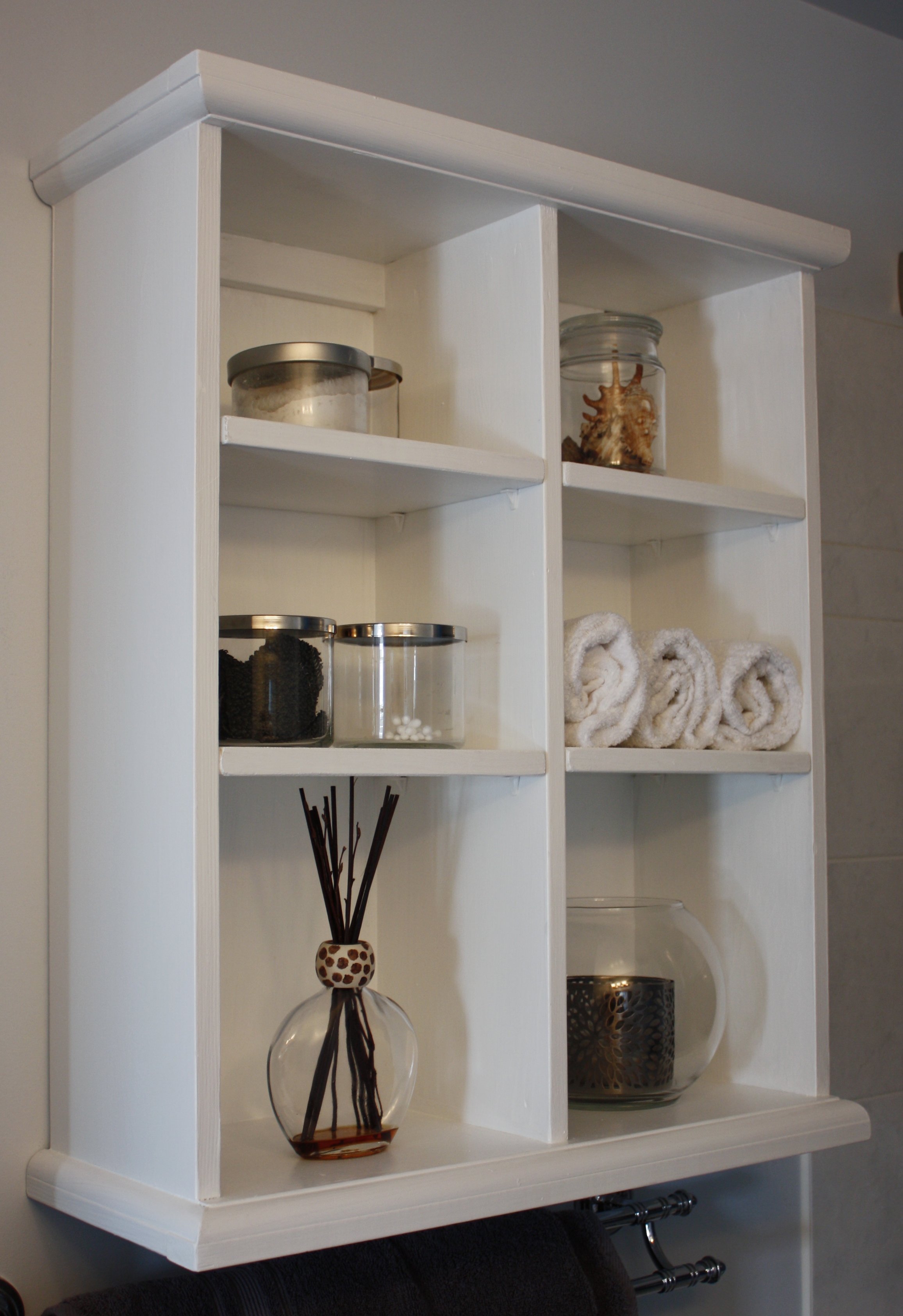 Here's the second project I tackled from The Handbuilt Home, the Bathroom Wall Storage unit. The first photo is according to the plan specs. I liked this project so much that I built a second one for the smaller bathroom using 1x6's instead of 1x10's, so it's not as deep. Drilling the shelf pin holes without a jig took forever on the first shelf! I bought a Kreg Shelf Pin Jig to try out on the second one, and had it done in minutes! It's so nice to have pretty storage in the bathrooms! 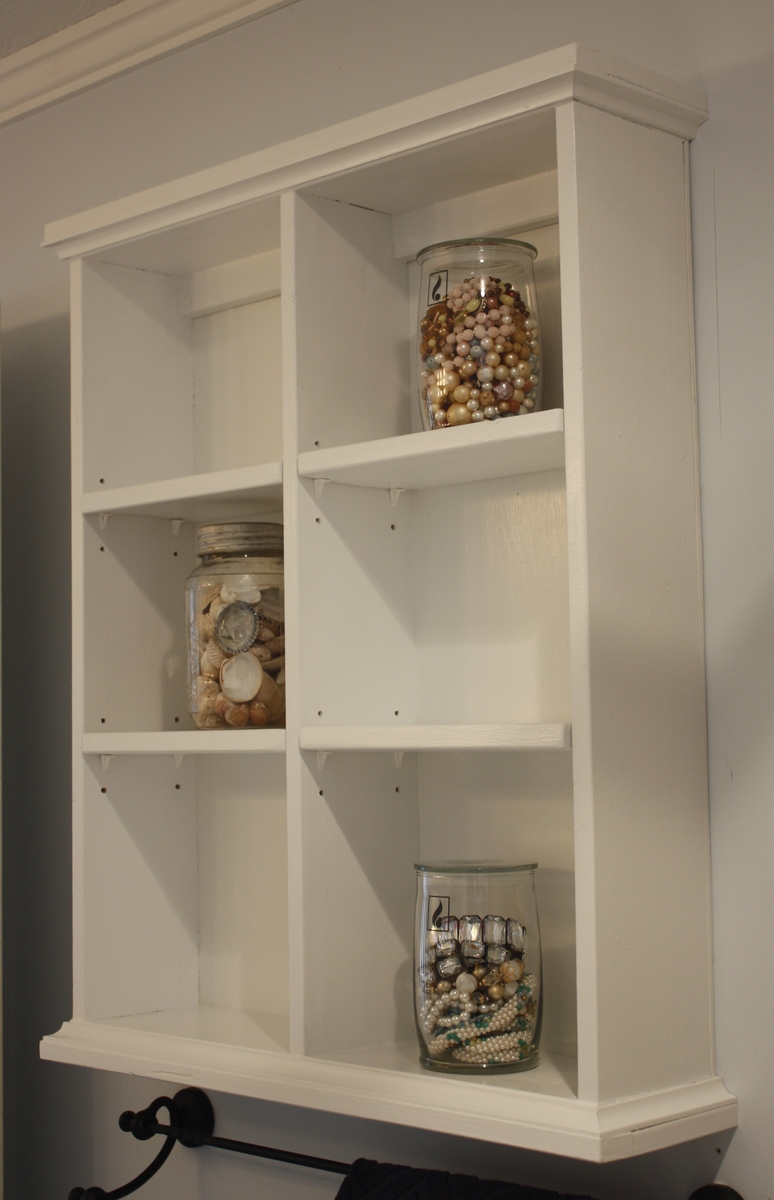 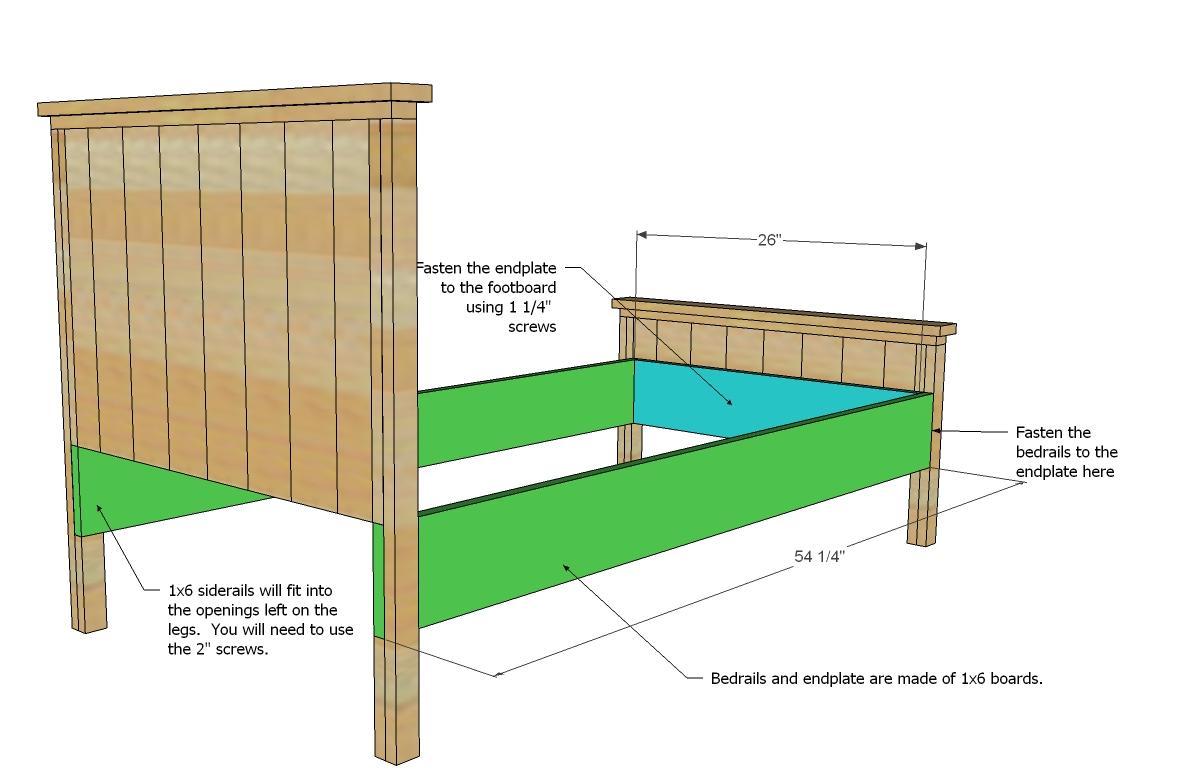 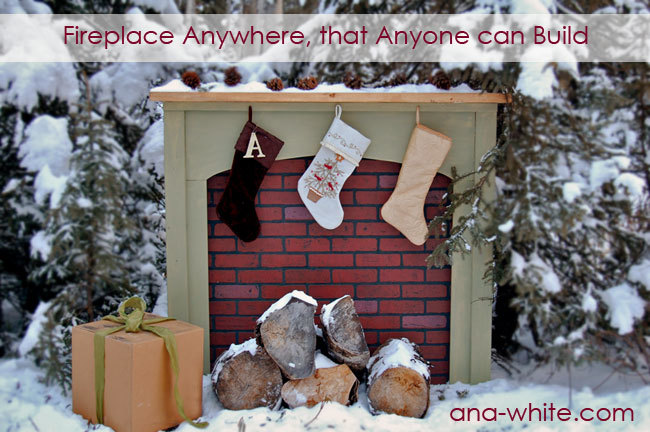 In reply to Very nice! by Debi G

Thanks Debi! I'm so glad I bought Ana's book!
Except that now, of course, I'm addicted to building!