We used the basics of the plan as presented but added scroll-cut names and small clipart designs on the backs. He also routed a curved edge along the sides and fronts of the seats for a little smoother look.

For the lettering, I printed out the names on the computer, then applied them to the wood with adhesive for cutting. The font I used is called Epistolar. I had to find one that didn't look funny with the A since there would not be a way to keep the little triangle part at the top. Epistolar was the only font I had on my computer that would work for that. We simply drilled a hole midway below the peak of the A to make it look right. The font itself does not have any cross piece on the A.

For the small Jeep and Rocking Horse, I just looked online for a silhouette of a car and a horse. The rocking horse again presented a slight challenge since if we cut the rocker as it was shown, the horses legs would look funky. We solved that by cutting the rocker part slightly smaller and leaving some space between it and the horses legs.

A few things we learned: Be sure your letters aren't too close together or the wood will split when you are sanding. We had this problem with some of the A's before we drilled the hole smaller. We used a drill press, for the holes, and the board underneath was not fresh so some of the back pieces splintered. A fresh board under the holes would have kept that from happening. 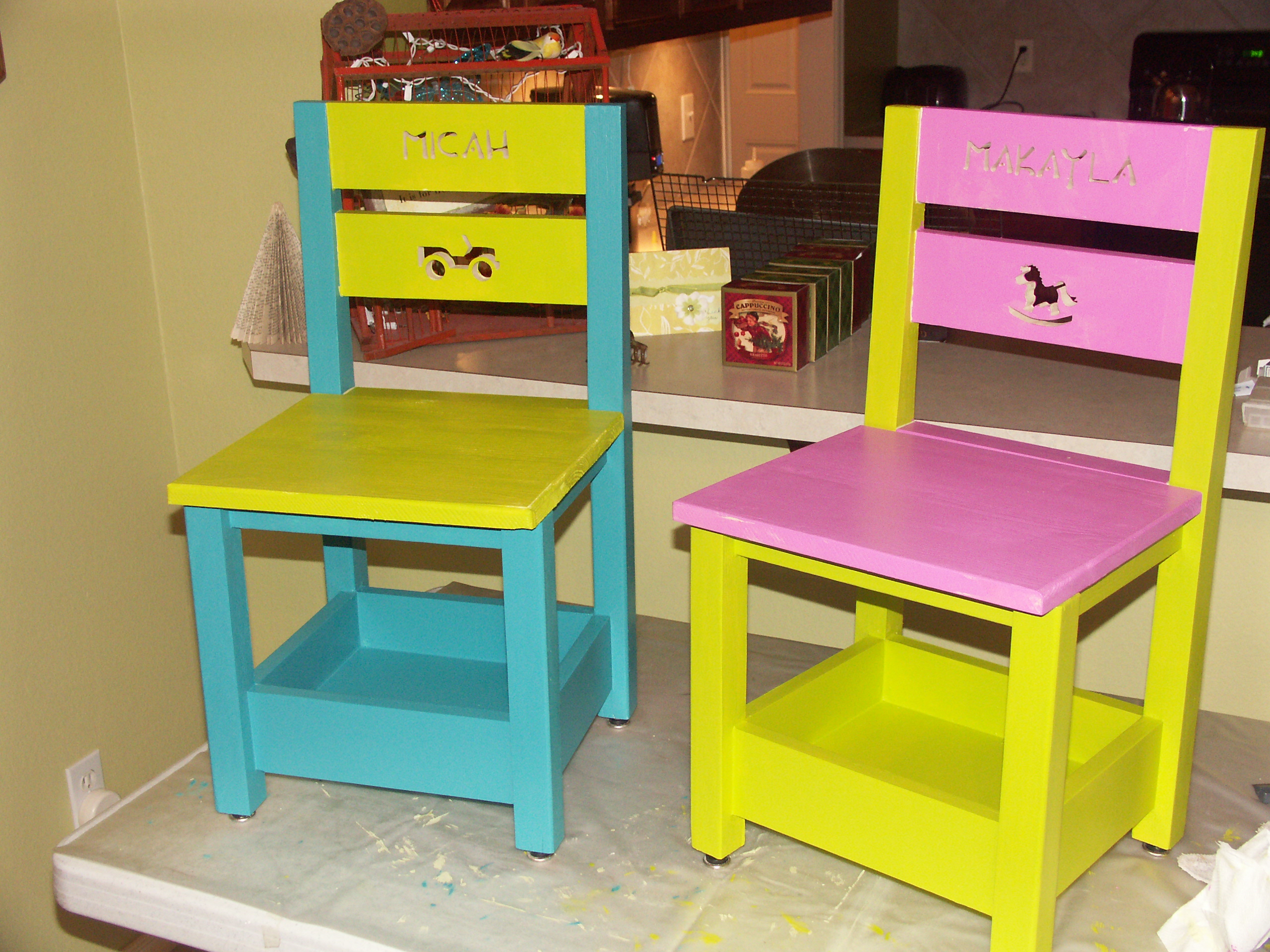 Blog Link
Children's Chairs
Built from Plan(s)
Kids Chair with Storage
Estimated Time Investment
Weekend Project (10-20 Hours)
Type of Wood
Pine
Finish Used
We used Valspar paint for the green (Lime Passion) and pink (Raspberry Sorbet) and Olympic paint (Schooner) for the blue. One small sample bottle was enough of the Valspar to complete both chairs of the green, but the blue was left over from another project. We used a green primer coat first, something we had leftover from another project. We found it easier to sand the pieces prior to assembly.
Recommended Skill Level
Beginner