The Coffee Table of Fun

This is from Ana White's lego coffee table plan, but my daughter is not a huge fan of legos, so we’re just calling this project the Coffee Table of Fun!  Indeed it was a fun build.  This project gave me the excuse I was looking for to buy a kreg jig.  Certainly a kreg jig was not required, as the plan calls for a plywood top and bottom, but Ana revealed in the comments that she made her table by planking 1x6 boards with the kreg jig.  I was nervous at first with the kreg jig (it comes with a whopping big bit), but now I see a world of new possibilities in building with this awesome tool.

This table came together very quickly.  In fact, perhaps it was too quick, because I made a substantial mistake during the build.  In step 8 of the plan, adding the top sides, I missed the fact that the top side was supposed to be flush with the top support, not with the box itself, so that there would be a ledge for the top to rest on.  I didn’t realize my mistake until I added the top ends (correctly), and then measured for the top piece.  Then I scratched my head after realizing that the 3 planked 1x6 boards were not going to fit at all.  Oops!

I was disheartened at first, because I didn’t know what to do.  By the way, Ana has included a “How-To’s” section on this new site for fellow builders to submit tips.  I’d love it if someone could give some pointers about fixing mistakes.  Is there any recourse once a board is glued and screwed?  Anyway, I took some quiet time to think about the project and had an “Aha!” moment.  I ended up attaching 1x2 pieces around the inner edges of the two compartments to create the ledge for the top to rest on.  Then, instead of the three planked 1x6 boards that I’d planned on, I used 6 1x3’s planked together to make the top.  Yes, there was an unexpected detour from the plan, but it all worked out just fine.   I’d rather not make mistakes, but at my current level of experience, I think that mistakes are inevitable, and the mistakes actually give the piece a story and a little extra personality.

Looking forward to the next project! 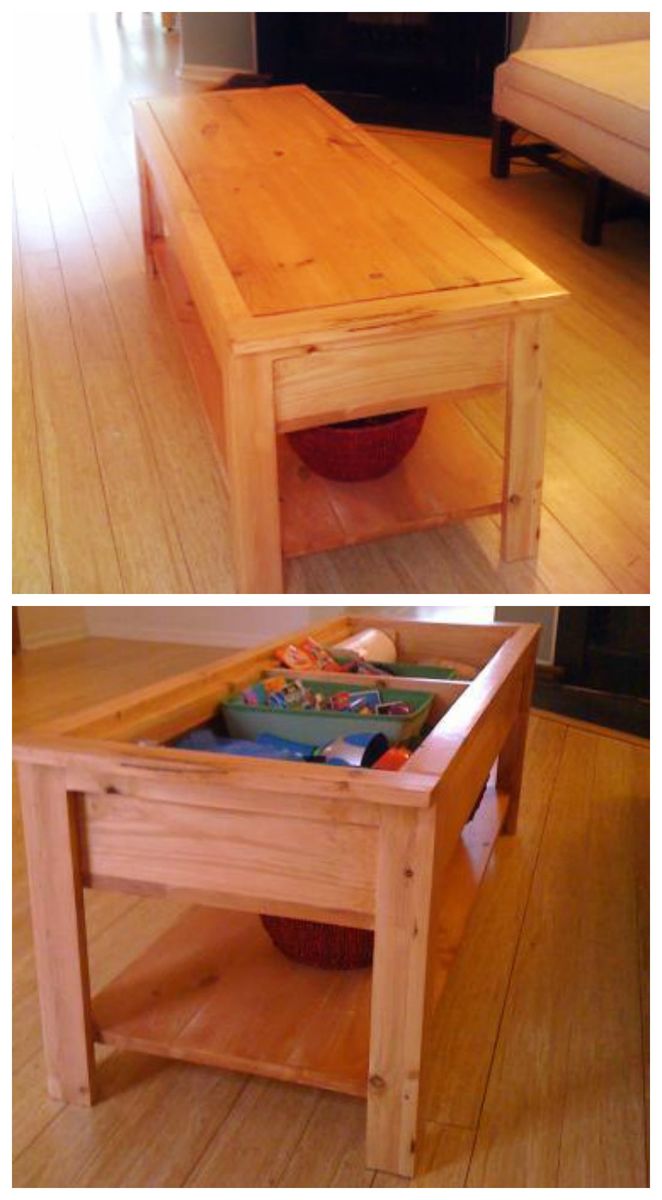 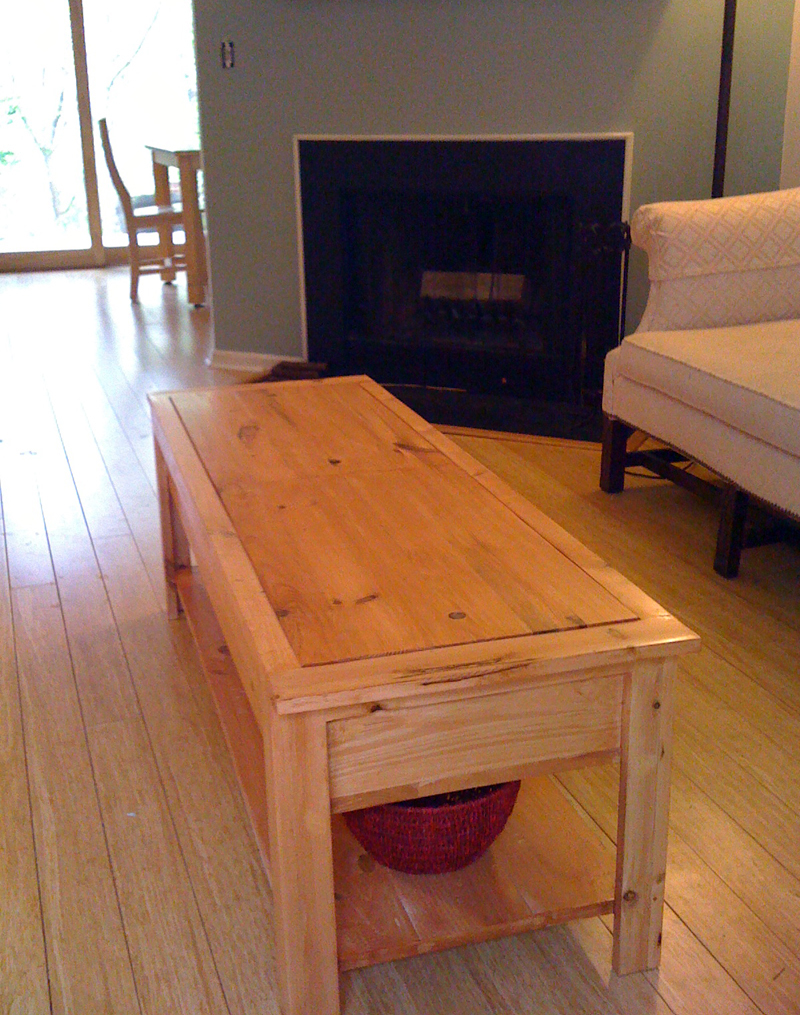 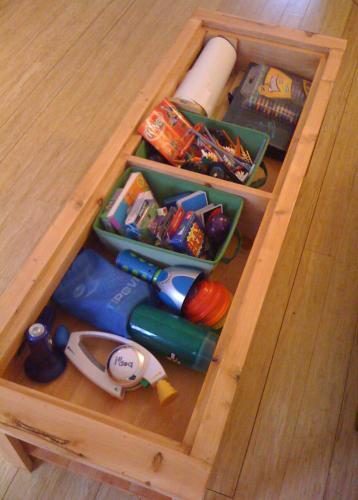 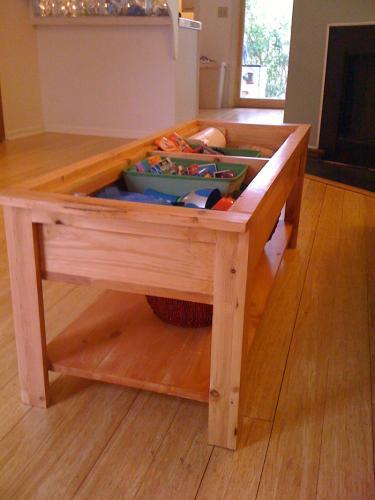