This is my first big Ana White project!!  I built this bed with the basis of the Camp Style Loft Bed for juniors, but decided against the large stairs and reused some stairs i had built for our pop-up trailer.  They were smaller and took up less floor space.  I used all reclaimed wood from a house construction site (trash) except for 5 2x4s and the book shelf 1x8.  Because of this the project took significantly longer than her 'weekend' plans called for, but it was fun.  I spent probably 6-8 hours sanding/cleaning the wood.  You can see all the dimples or angles in the boards which give it a pretty cool look in my opinion.  I wanted to stain the wood to see all the pretty grain and knots, but my wife wanted a princess castle

so she won out.

My mother help sew the super cute castle wall curtains.  We used Ikea lighting for under the ledge, and Ikea chandelier, and Ikea curtain rods to keep the project cheap.  Hope you like it. 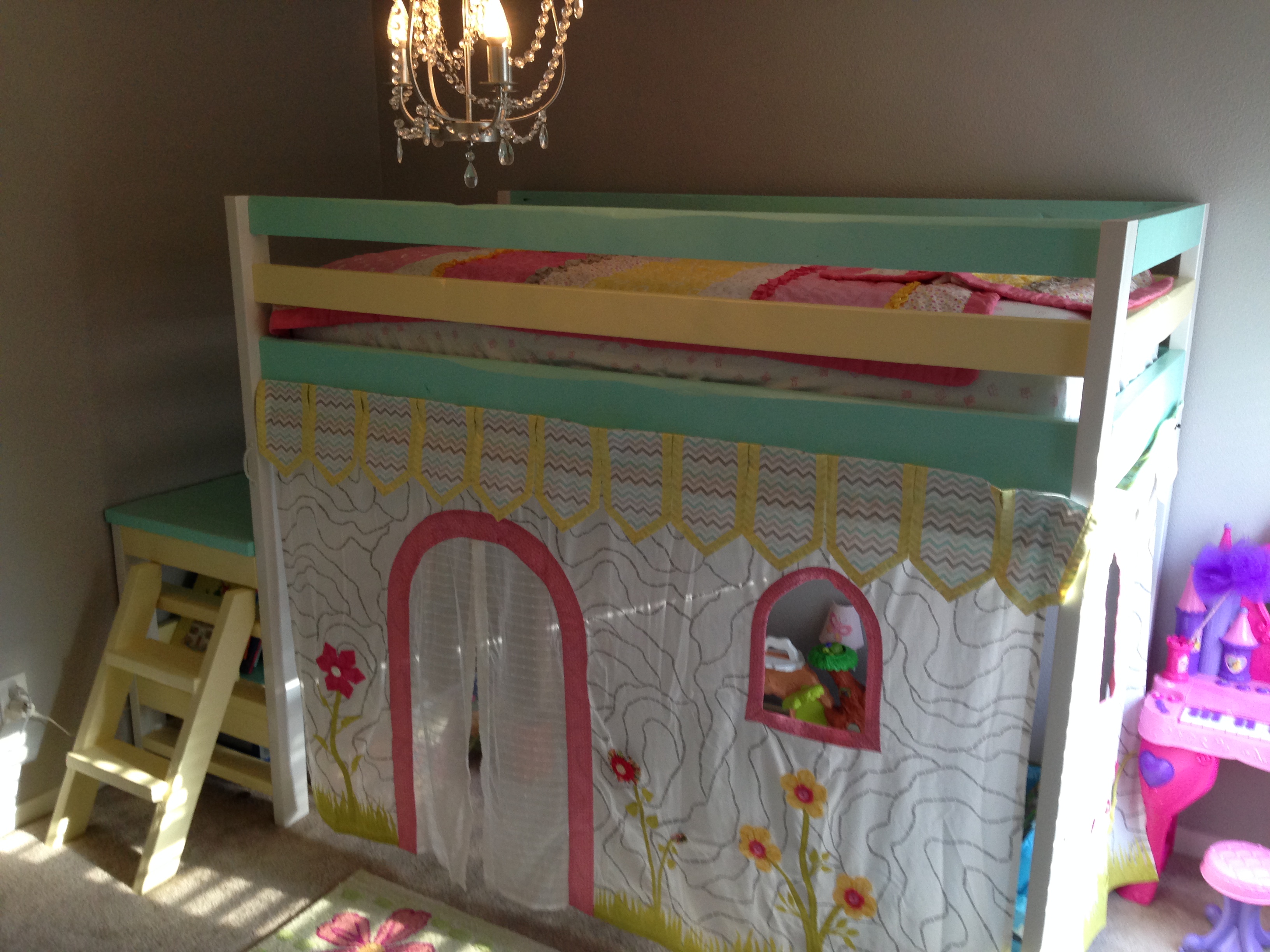 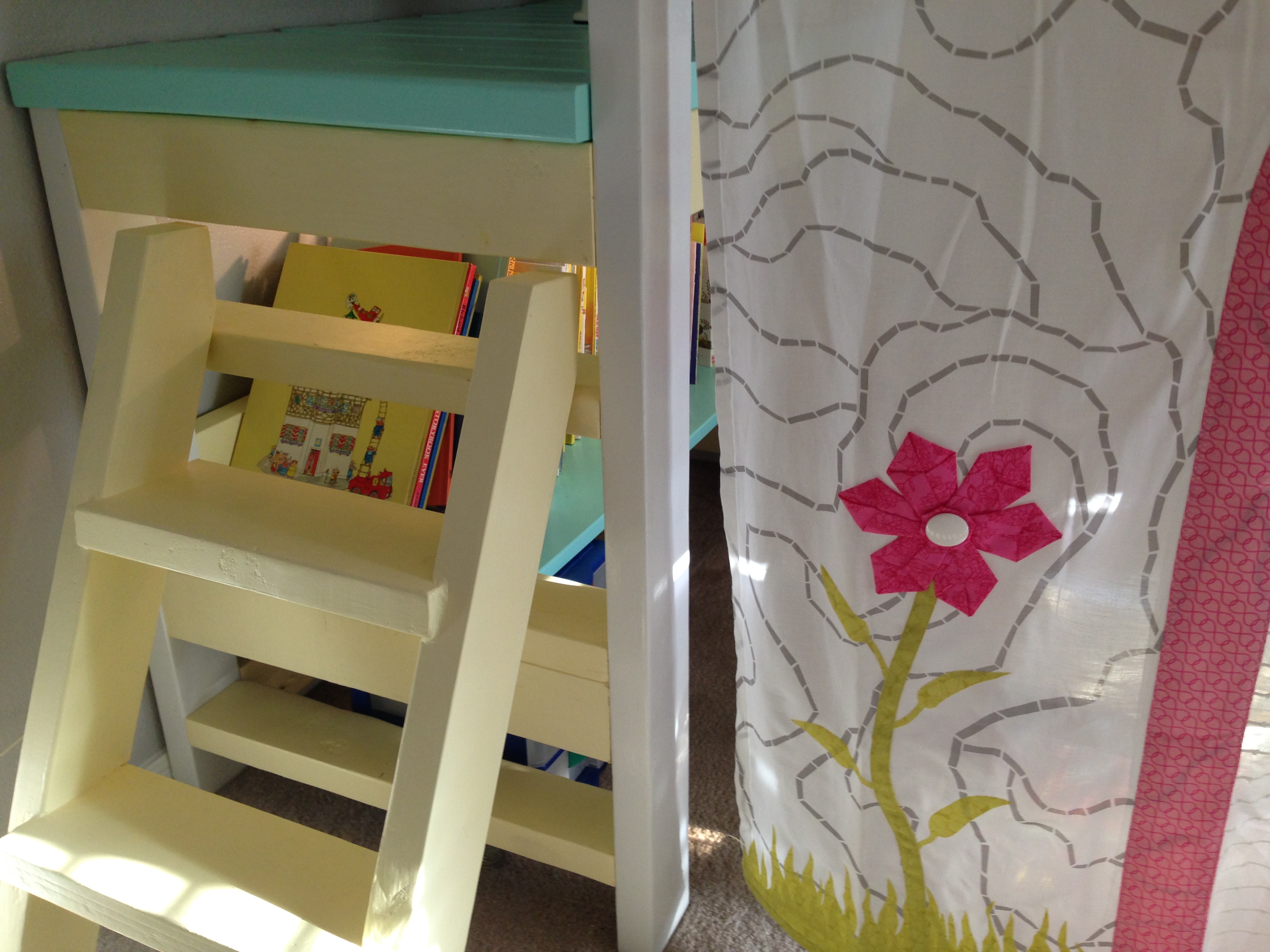 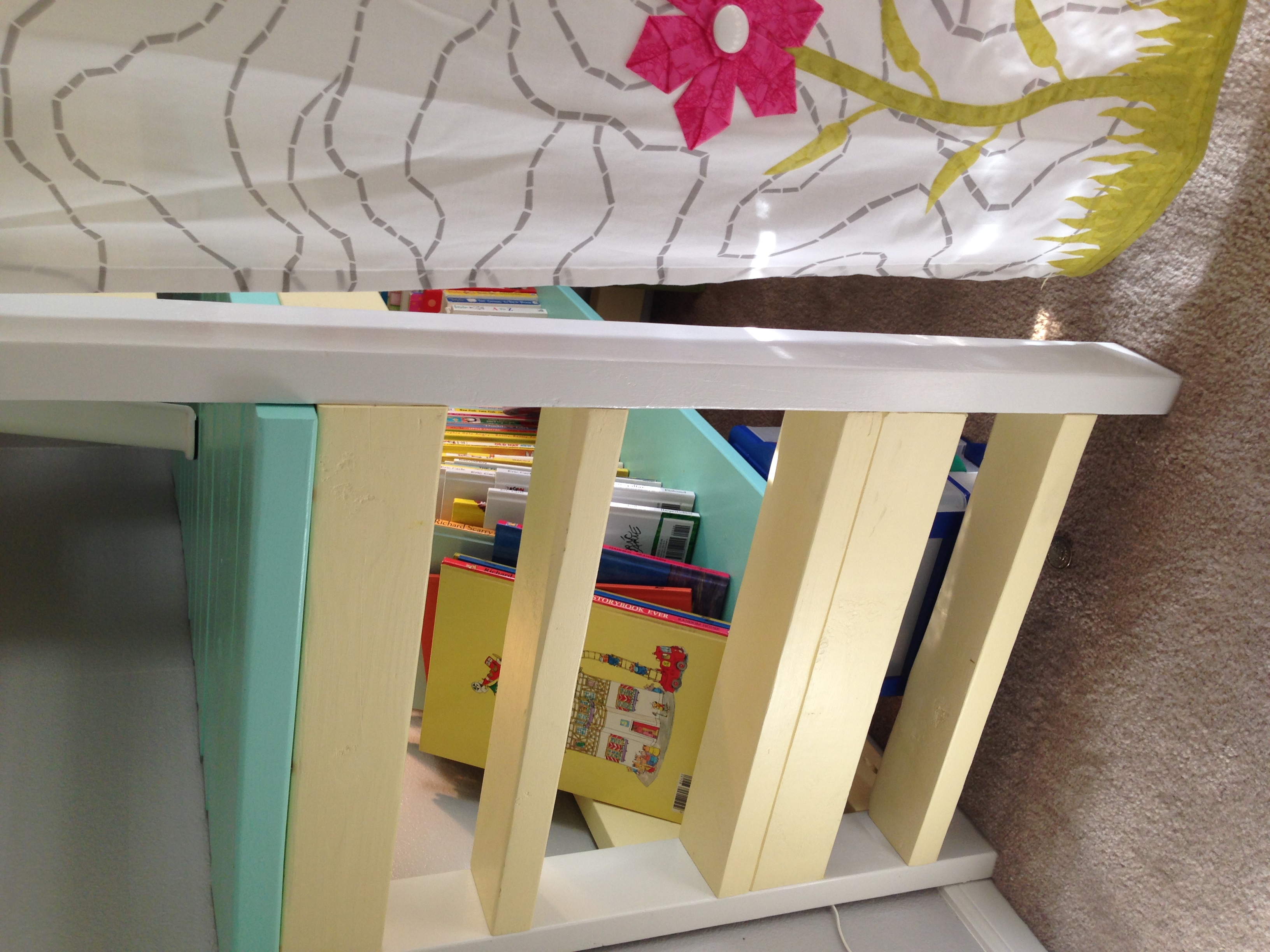 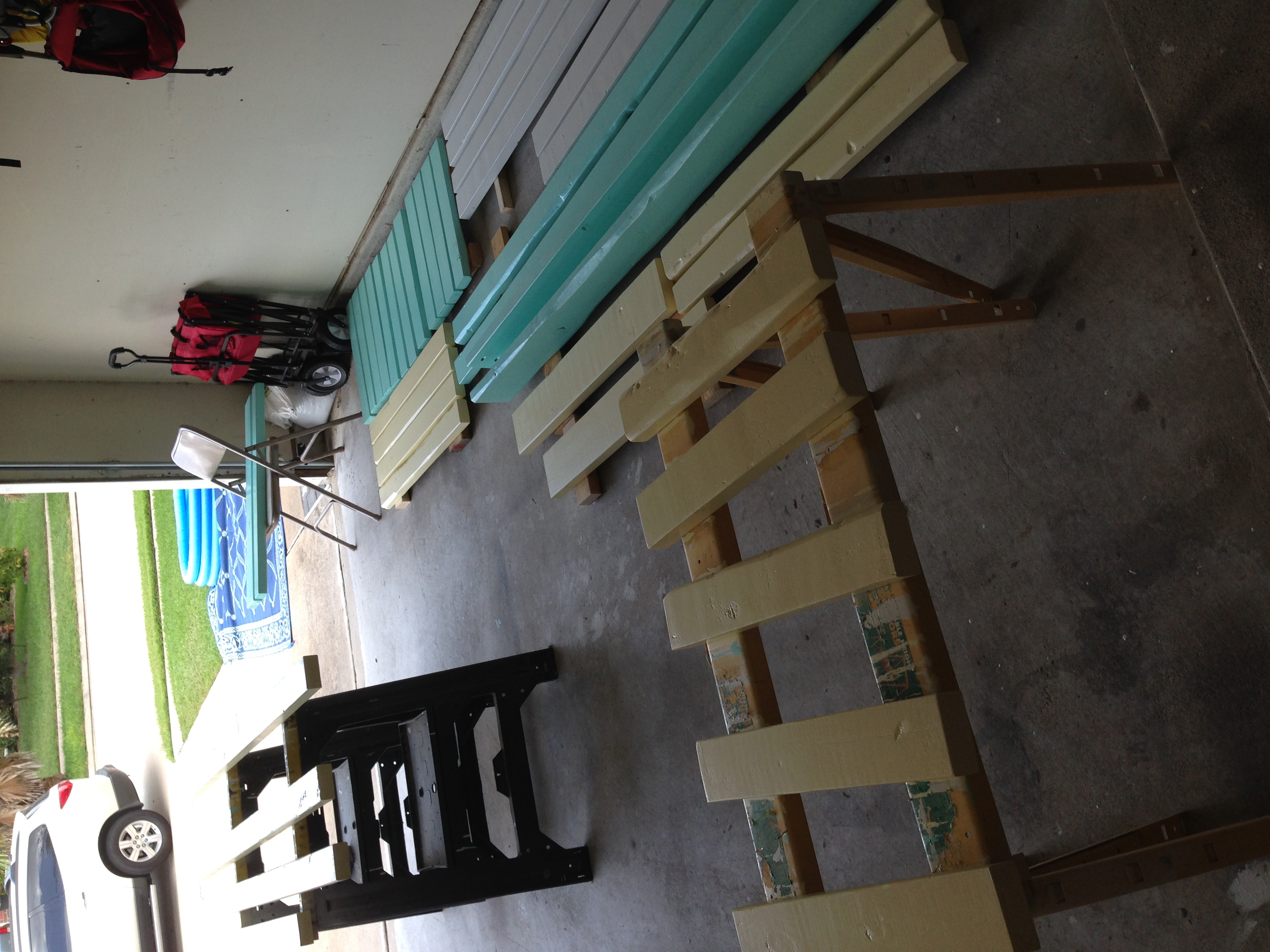 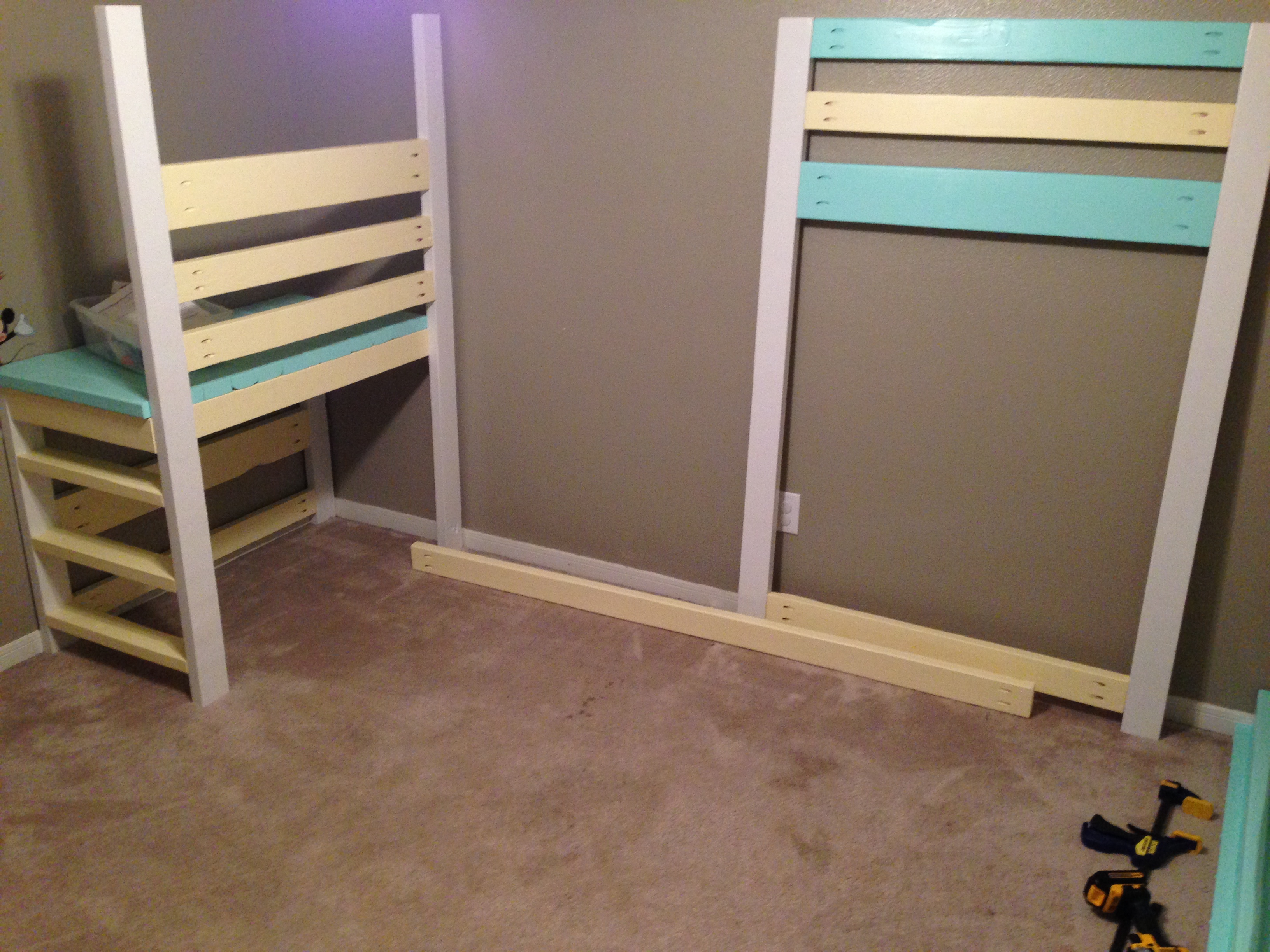