I decided to make this table about three weeks before this plan came out! I wanted a dinning table so I found one at William Sonoma that I loved and figured I could take several pieces from other table plans to make this one from WS. Then sure enough out comes this one after I had already started my plan! So, its not exactly the same but it is close and I do love it so much. I was afraid it wouldn't be secure enough with just the top boards running across the legs so I added a frame to support underneath like one of the other table plans does. This was yet another learning process so it took awhile and the boards aren't as perfect as I'd like them to be but I think that adds to the character I tried to give it! Overall, not an awful project. 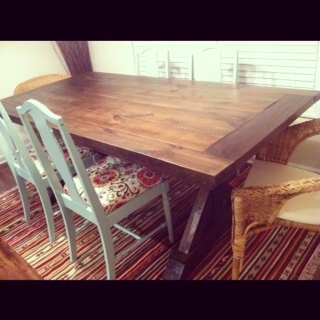 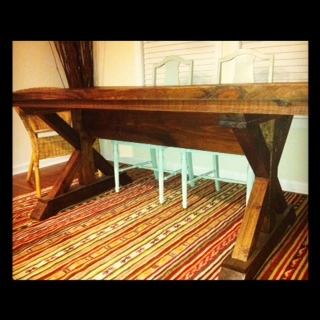 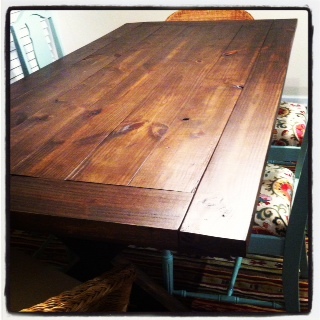 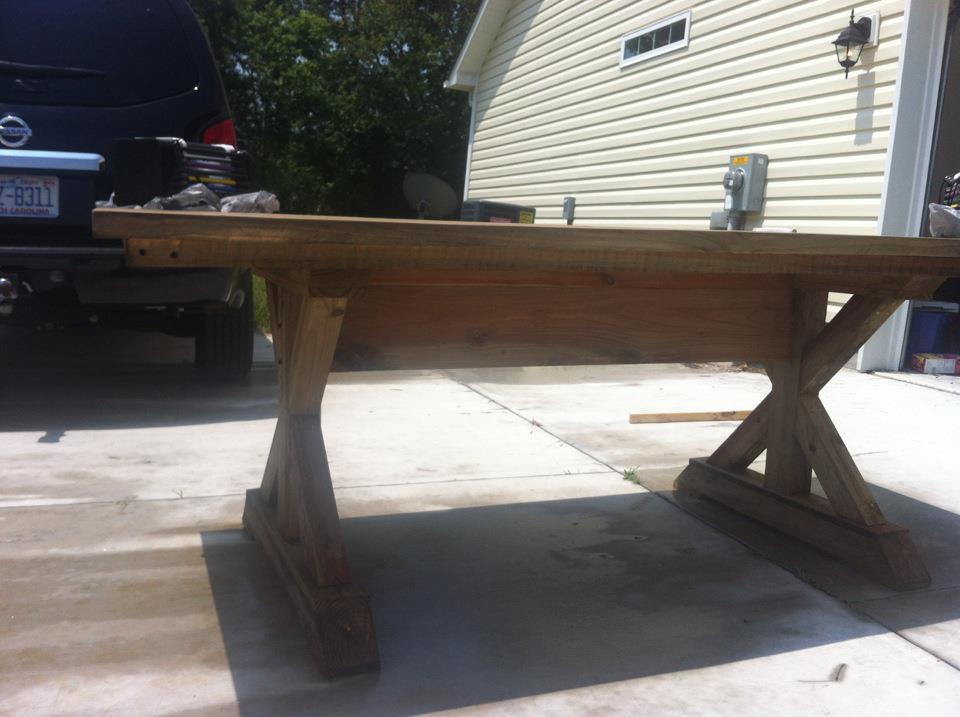 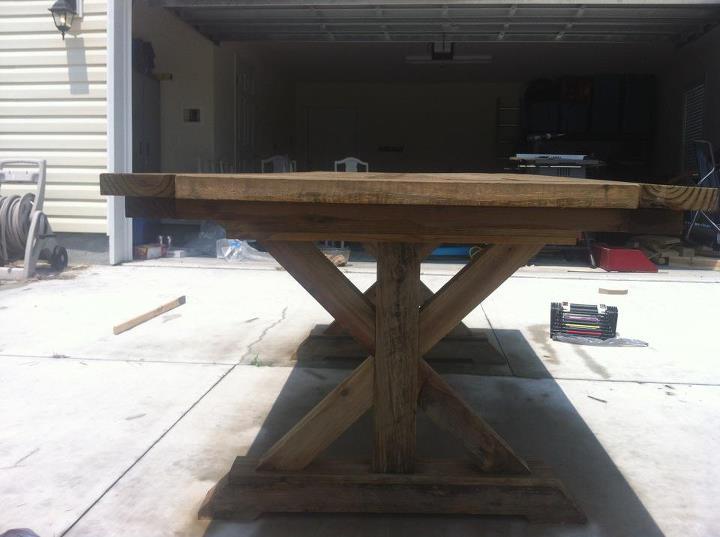 What size boards did you use?

I love the look of your table, what size boards did you use? I wanna copy. :)

Remember I was copying a

Remember I was copying a table I fell in love with, so I ripped 2x8's down to exactly 6 inches for the inside boards and the outside boards are 2x6's ripped to 5 inches. I know that sounds wasteful but I did use all the scrap from the 2x8 boards on other projects. This is obviously not necessary. I insisted on having an odd number of boards so I could have a middle board that showed the heart of the pine, but I needed to keep my dimensions as close to the original table (so I felt). This was one of my first projects for my little family so I got a little sentimental! You could very easily use four full 2x8's in the middle and two full 2x6's for the outside pieces and the table will only be an inch wider then mine. I'm so thrilled you like it! Let me know if you have any other questions.

I really do love your version, and thanks for taking the time to respond! One more question, did you use 4x4s on the legs? They look a little beefier, but it's hard to tell from the photo...

I did! But I, again, ripped

I did! But I, again, ripped the angled sections down until they looked right. Wish I could tell you what the measurements came out to but I just cut until I liked it! It was something like 3.25x2.75 or pretty close. Leaving all the peices of the legs the standard 4x4 looked too bulky to me but I thought 2x4's were too thin so I made my own something in the middle!