This bed frame was born from a compromise of Will’s desire for something soft to lean on, my desire for something rustic, and both of our desires to have a bed that doesn’t slowly inch away from the wall. What happened was an amazing Restoration Hardware meets Pottery Barn DIY masterpiece.

This thing is sturdy! No wiggling or anything. And that headboard is ultra comfy and plush!

We used 2 – 2×4’s instead of 4×4’s for the posts because the 4×4’s are pressure treated.
We put in an upholstered headboard instead of planks and “sandwhiched” it on all sides rather than only top and bottom. It was at this point that we realized that we liked the way the simple, framed upholstered portion looked so much that we didn’t want the posts on the outside and the trim pieces on top. So we left those off.
Another change here is that the head board became a little wider than the Anna White plans… that would be because I did not measure along the edge of the upholstery… Also, it was taller than the Anna White plans because I wanted plenty of the upholstered section to lean on/show up above our pillows.
The foot board then needed to be a little wider as well, and there was no clean way of doing that. We figured it out, and I built it pretty easily. However, I did not take into consideration the fact that, although the headboard was wider…. The posts were not. This created problems during assembly.
One last change, was we made it about 6″ taller than the plans to give us room for under the bed storage. 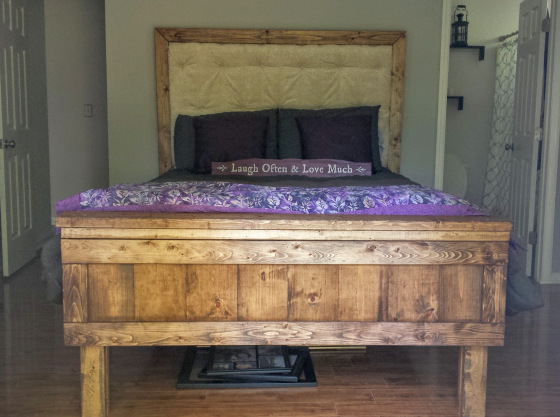 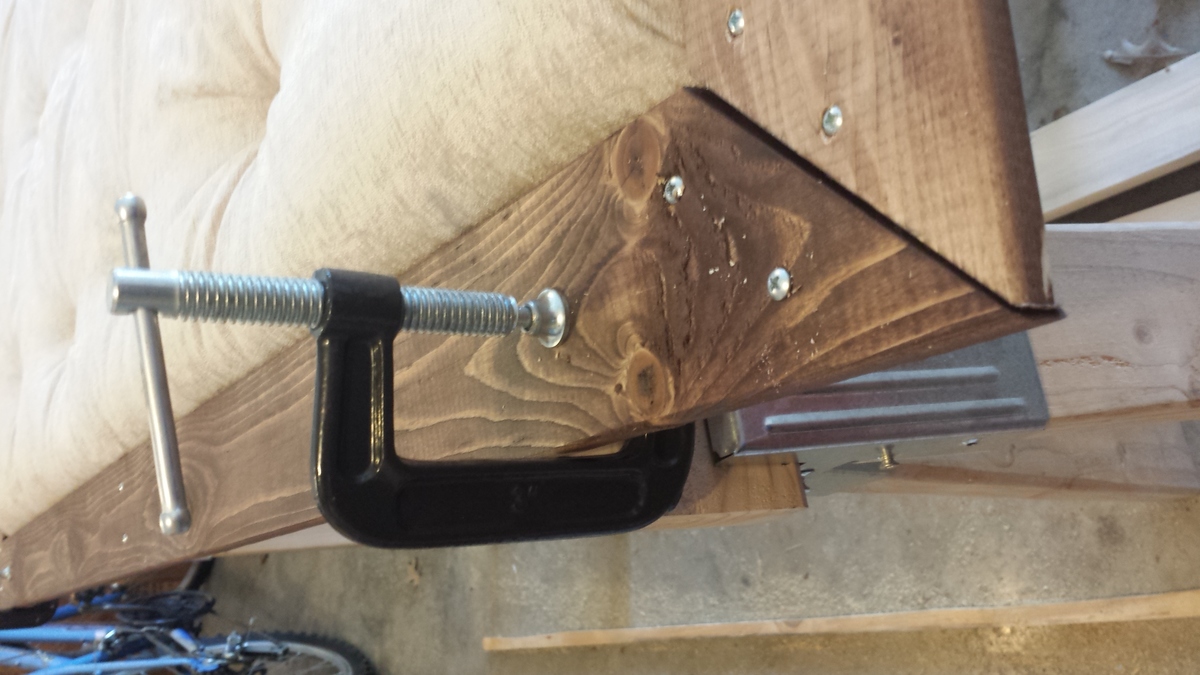 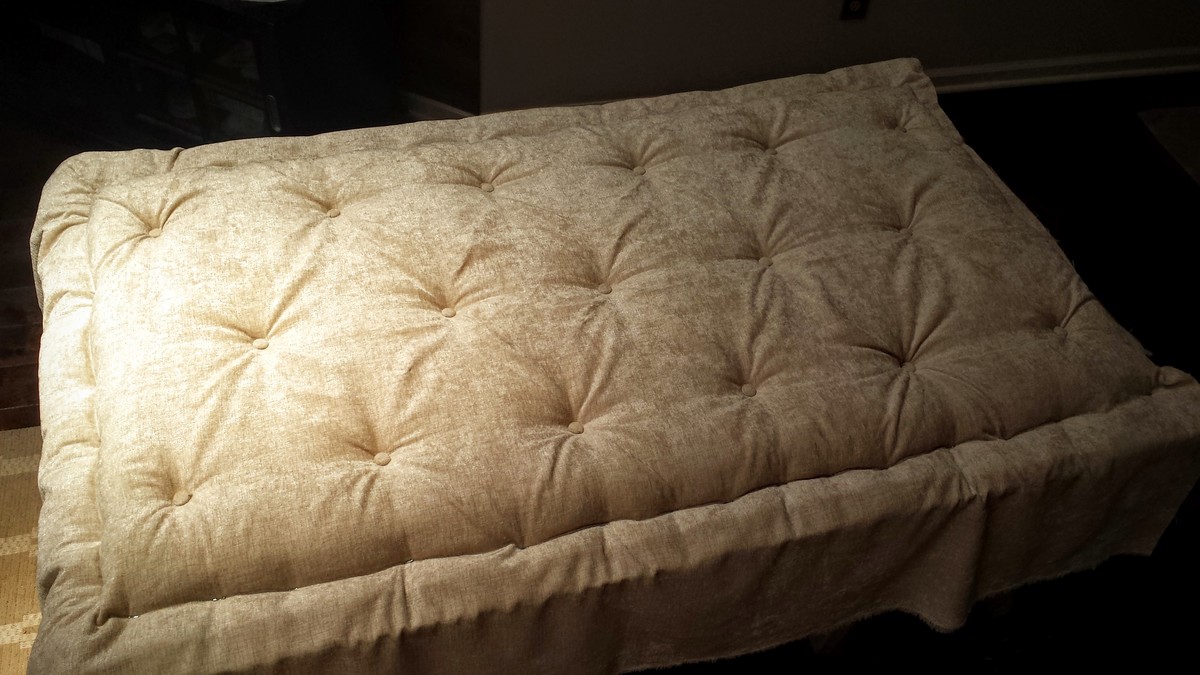 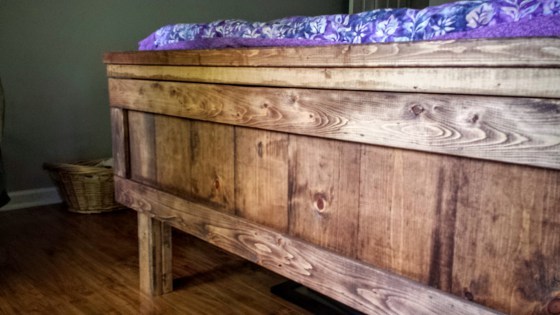