I accidentally found these plans on Anna's website when I was looking for deals on mattress sets.

After mulling it over a while, I decided to give it a try.  It just so happend that it was our anniversary coming up, and I thought hey, better than dinner and a movie.

I reviewed the plans, and upgraded the wood to entirely knotty pine. Even the posts.  Since I couldn't buy what the plans called for in knotty pine, I bought cheap pine shelving and milled the pine, then laminated for the posts, 2x4s, 2x6s and drawers.  Easier to work with than plywood.

About 35 hours later, I finished the pieces and parts with Polyshades Royal Walnut, and voila!!!

My wife absolutely loves the bed, and now she even has a place to store more shoes! 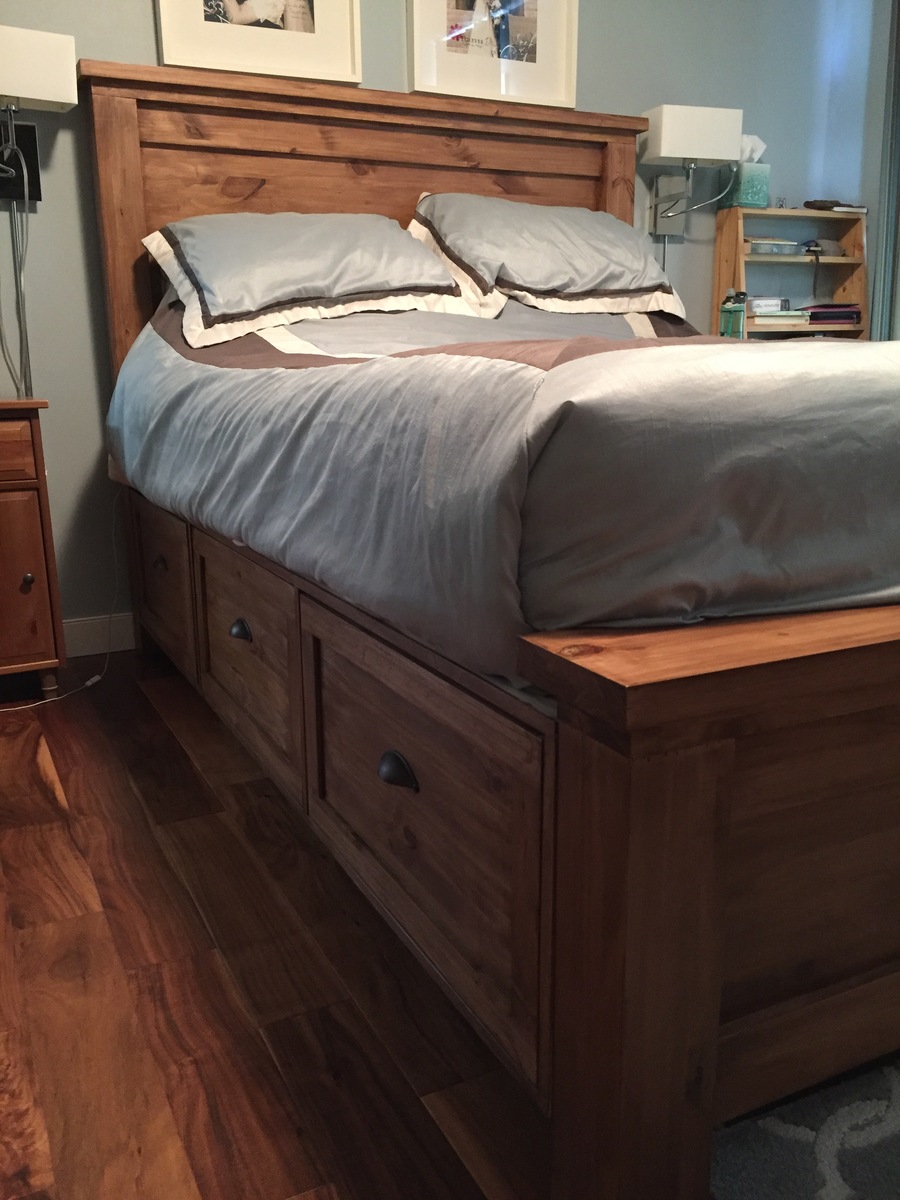 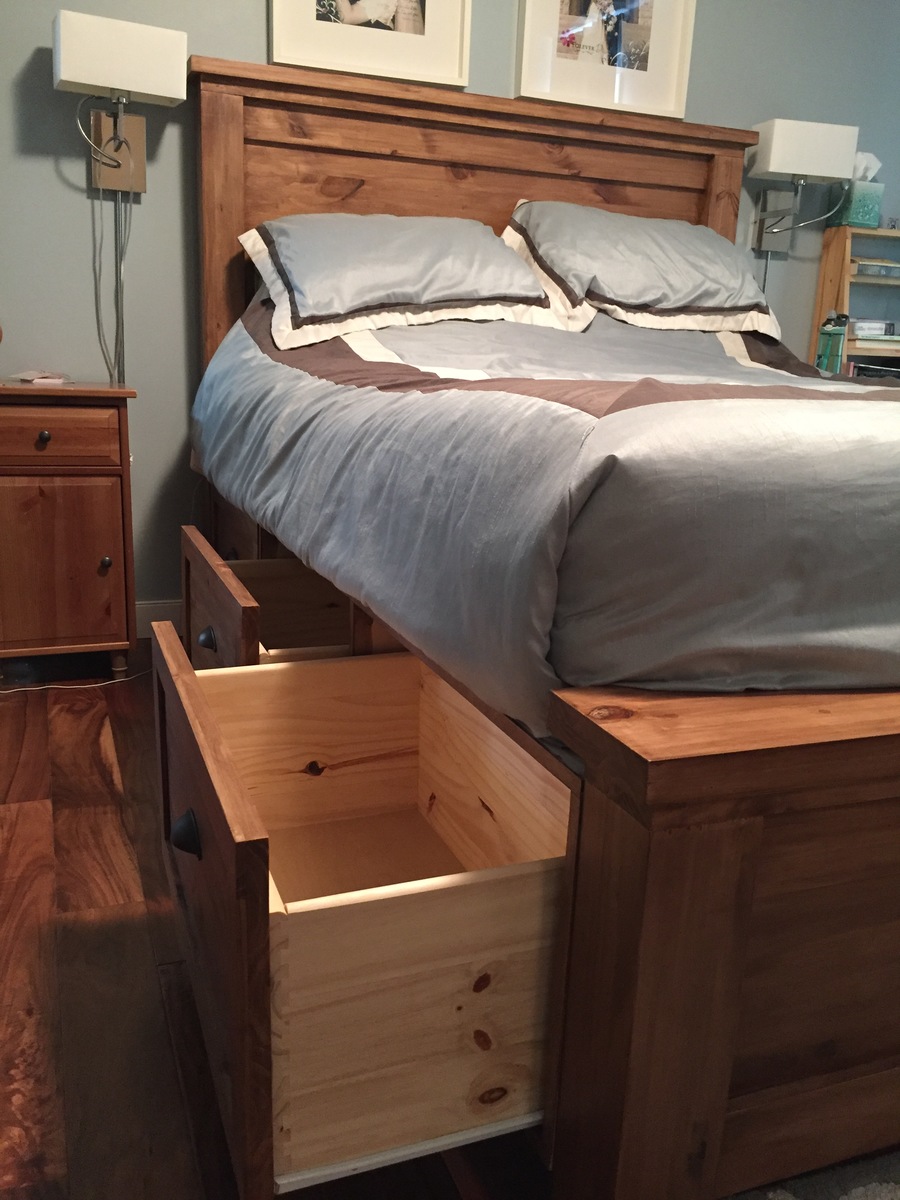