Rustic X Console, minus the X. And I used the finishing techniques from another project. I also built a bar before I found this site and we painted the bar stools the same color as this console to tie in the two spaces in the finished basement. I would say the most stress was that I couldnt find straight boards.. so being square was a challenge. Also when you follow the plans, it says to make both sides ( figure 8s) then attach the shelves.. I put the 2x4s on the top to connect and then did the shelves. I figured if all the pieces were right lenght, then it was best way of assuring the project would be as square as possible. I know it would be on carpet, so I wasnt too worried, but when I brought in into basement to paint, all 6 legs sat very flush on the ground with the slightest of wobble. So, I would say rest one side on the ground.. line up the 2X4s that connect the two sides at the top and then go from there, then do the shelves. 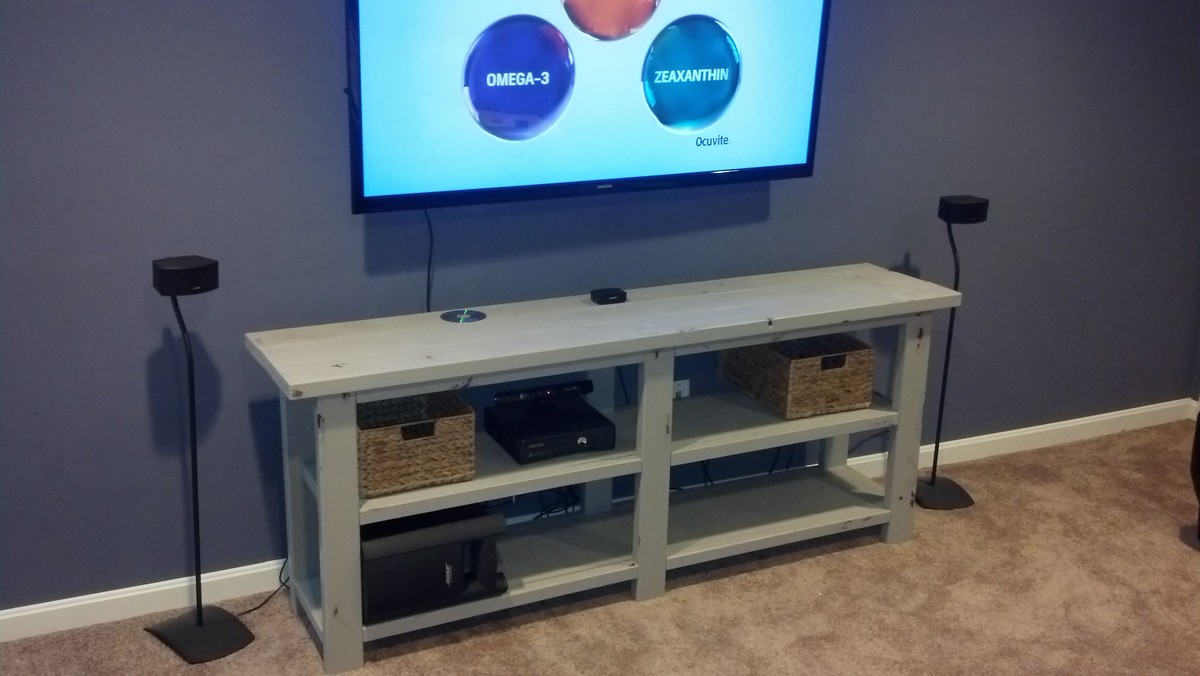 Built from Plan(s)
Rustic X Console Table
Estimated Cost
$217 ( including Kreg Master JIg set )
Estimated Time Investment
Weekend Project (10-20 Hours)
Type of Wood
2x4 studs, 2x2 studs, 2x12 planks. mostly pine and whitewood
Finish Used
Krylon brown spray paint over the bare wood when assembled. Mostly along the edges and knots. Then vaseline over parts of the spray painted area. Then painted over this with Behr Satin Natural Gray.when it was all dried in 12 hours. I wiped off vaseline exposing some of the brown and then sanded lightly to rough it up. We wanted Beachie feel, so we avoided the X on the end. But I can see how it would be stronger with the X. We are mostly using it for a few light components and subwoofer and baskets.
Recommended Skill Level
Intermediate 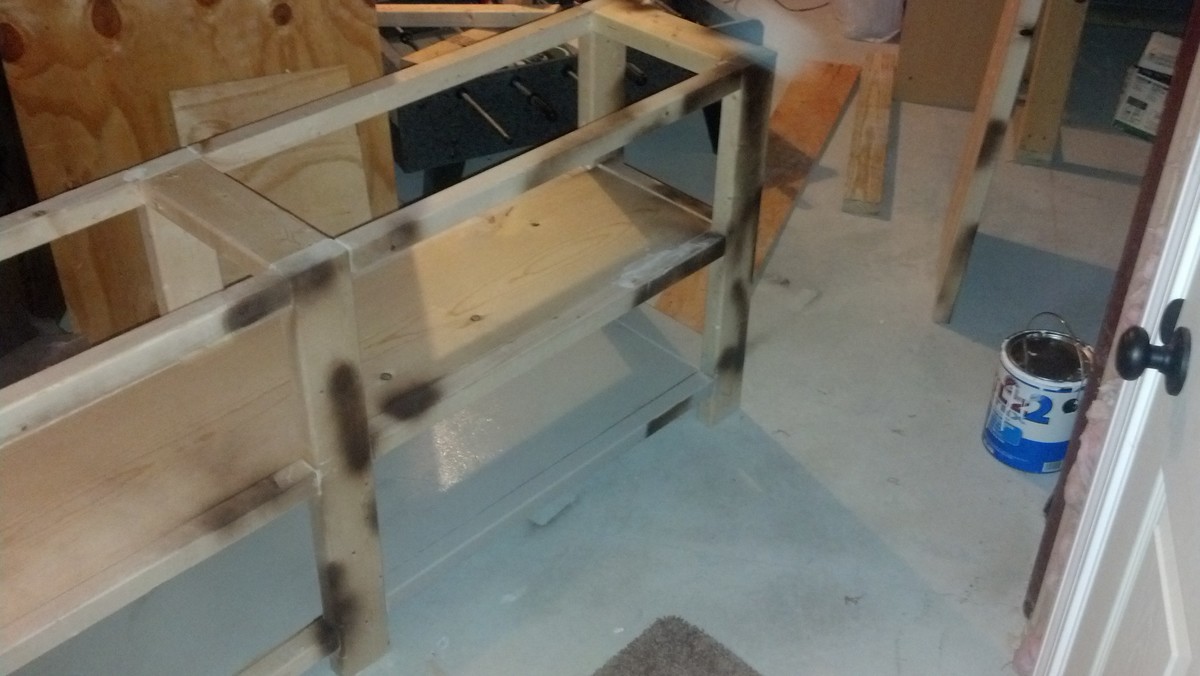