My wife and I recently upgraded from a queen to a king bed, so we needed a new bedframe. I came across this website and saw the plans for the farmhouse king. After looking at everyone's brag posts, I set about making plans for our bed based upon what Ana had provided and what I (meaning my wife) wanted.

While I had sketched out a plan and bought all my lumber based on that plan, I ended up modifying things as I progressed along...which meant additional trips to the store! There was some lumber that I didn't like once I put it together and had to start over (at least this happened in the very beginning!).

Basically, the head and foot boards are identical with the exception of the length of the posts attached. Since I couldn't find any 4x4 posts that weren't treated lumber, I had to make my posts by gluing two 2x4's together and then securing them with screws.

I spent quite a bit more money that intended, but that was because instead of using boards to line the head and footboards, I chose to use 3/4" sanded plywood. And since my wife wanted a large footboard to go along with the headboard, I ended up having to buy two sheets at around $50 a sheet. I trimmed that with 1x4's and then added a nice molding to the inside edges. It was that molding which was the single most expensive part. I think I bought 12 pieces for a little over $12 bucks a pop (I added it to the head/footboards and side rails). The funny thing is, that adding this was an afterthought and wasn't in the original plans, but I believe it's what makes the bed!

As far as getting the bed in the box, I incorporated a ledge on each of the side rails, footboard, and attached a ledge the bottom of the headboard. I also have a floating support that sits in the middle of the frame. Since this is a king, I've got two box springs and they're both well supported. I don't think any of my pictures show it, but I ended up getting bed rail hooks to attach the side rails to the head/footboards. I had to chisel out a spot for these 5 inch long hooks and receptacles on each end of the side rails and head/foot board. So, the bed comes together and apart very easily and quickly.

It took me a month and a half to build this, but that was off and on. I'd work on it for a few hours after I got home from work if I had time and I'd pick a day on the weekend. If I worked on this straight through, I would say it would have taken me a week and a half. 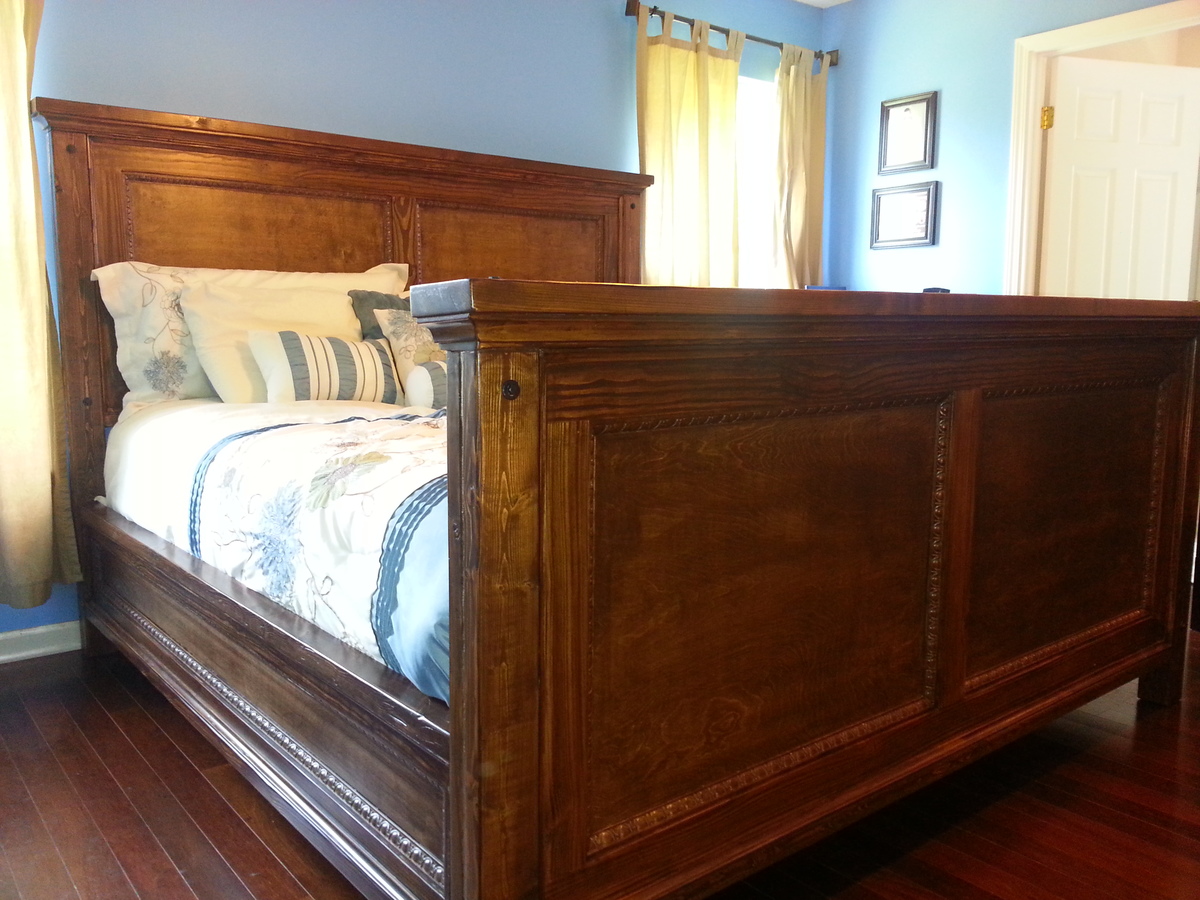 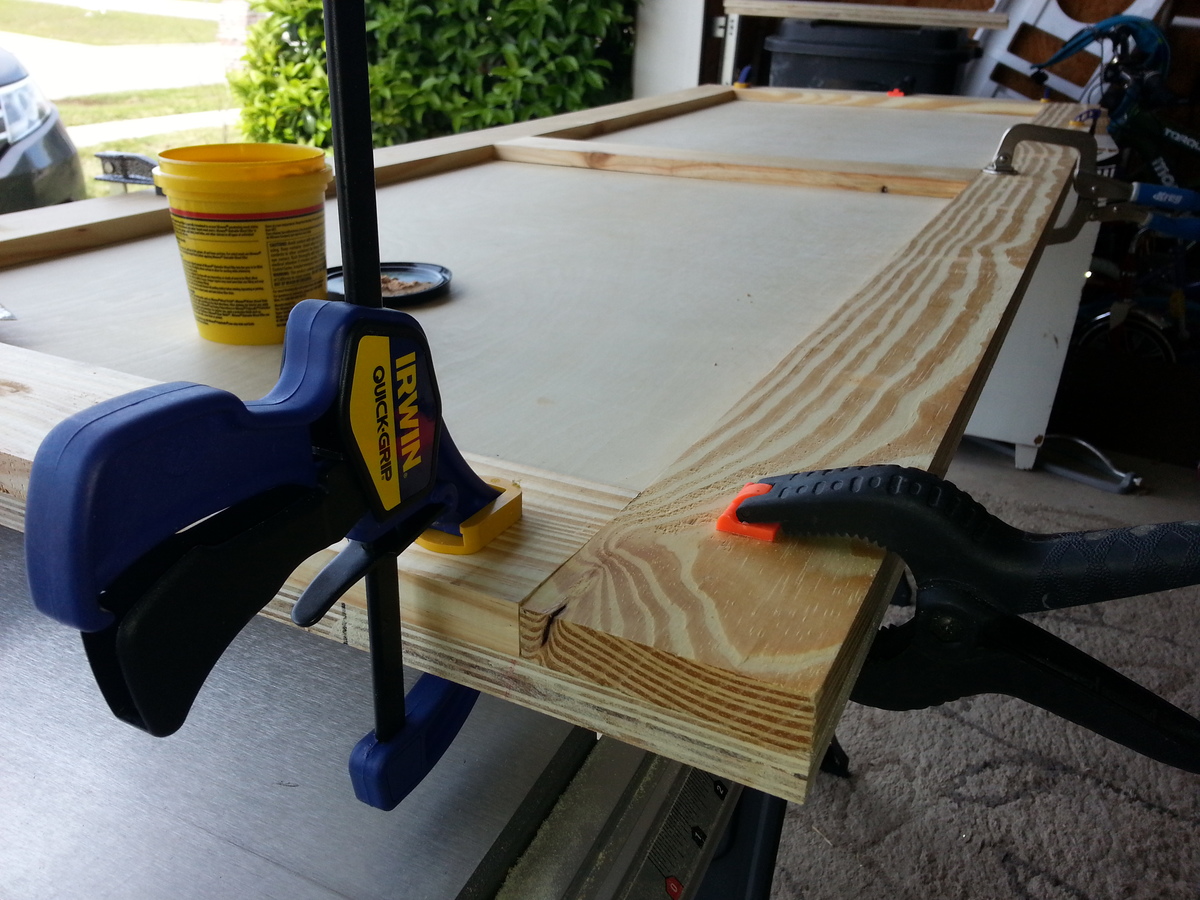 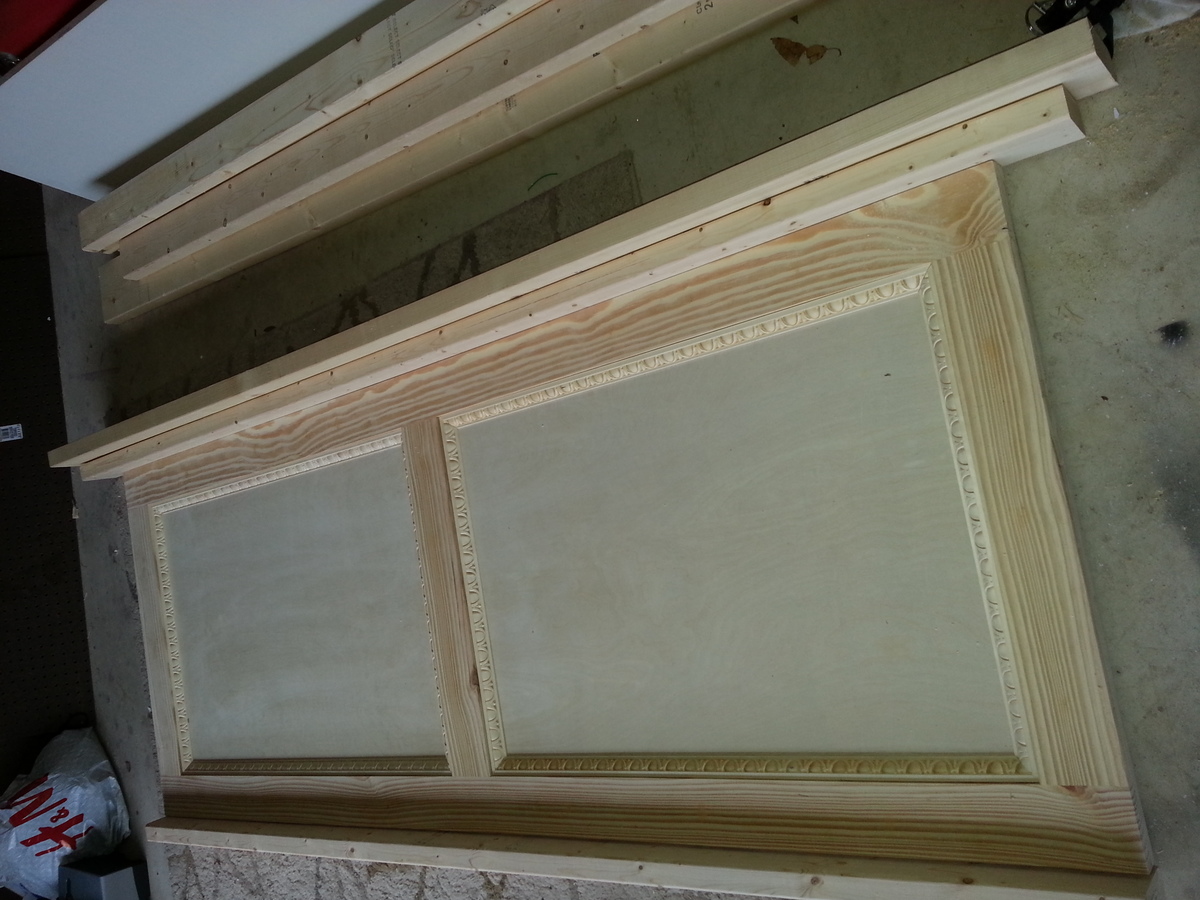 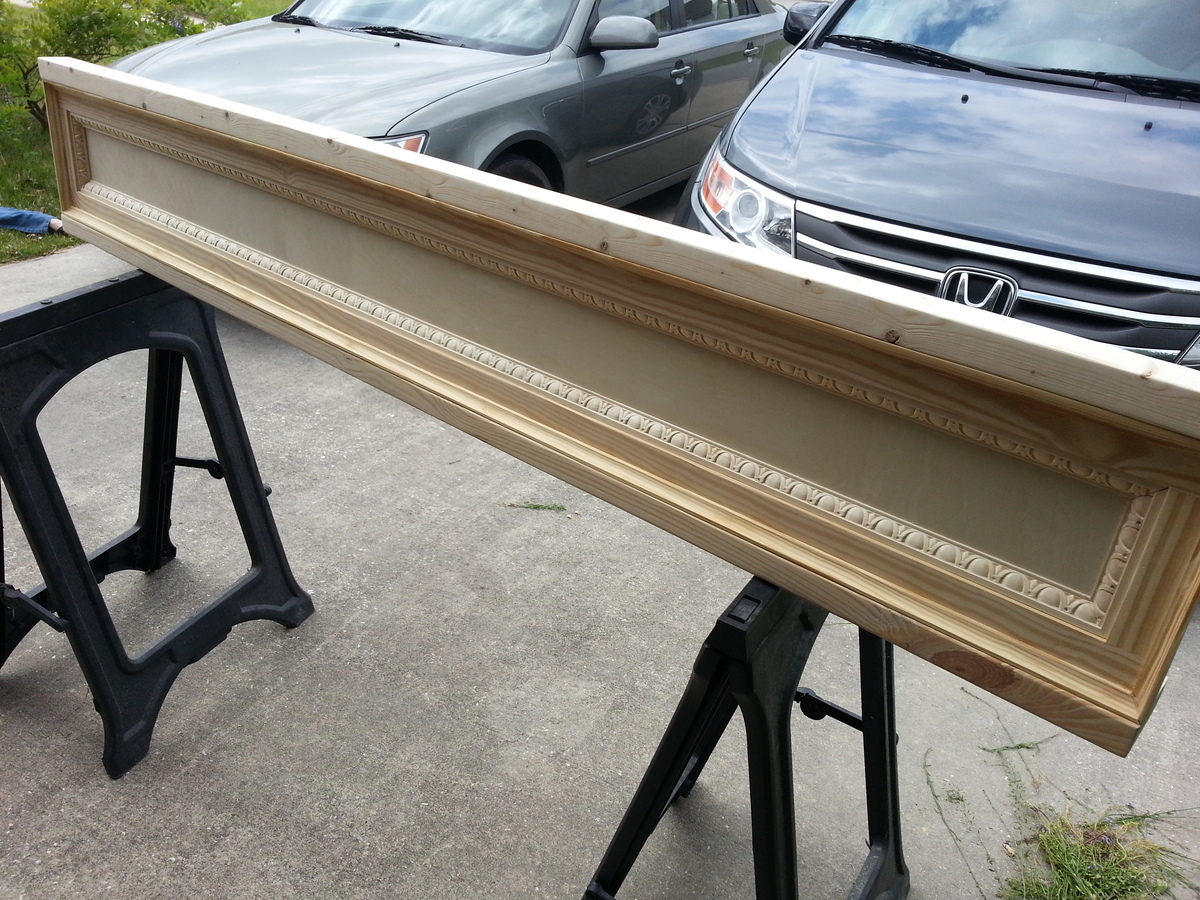 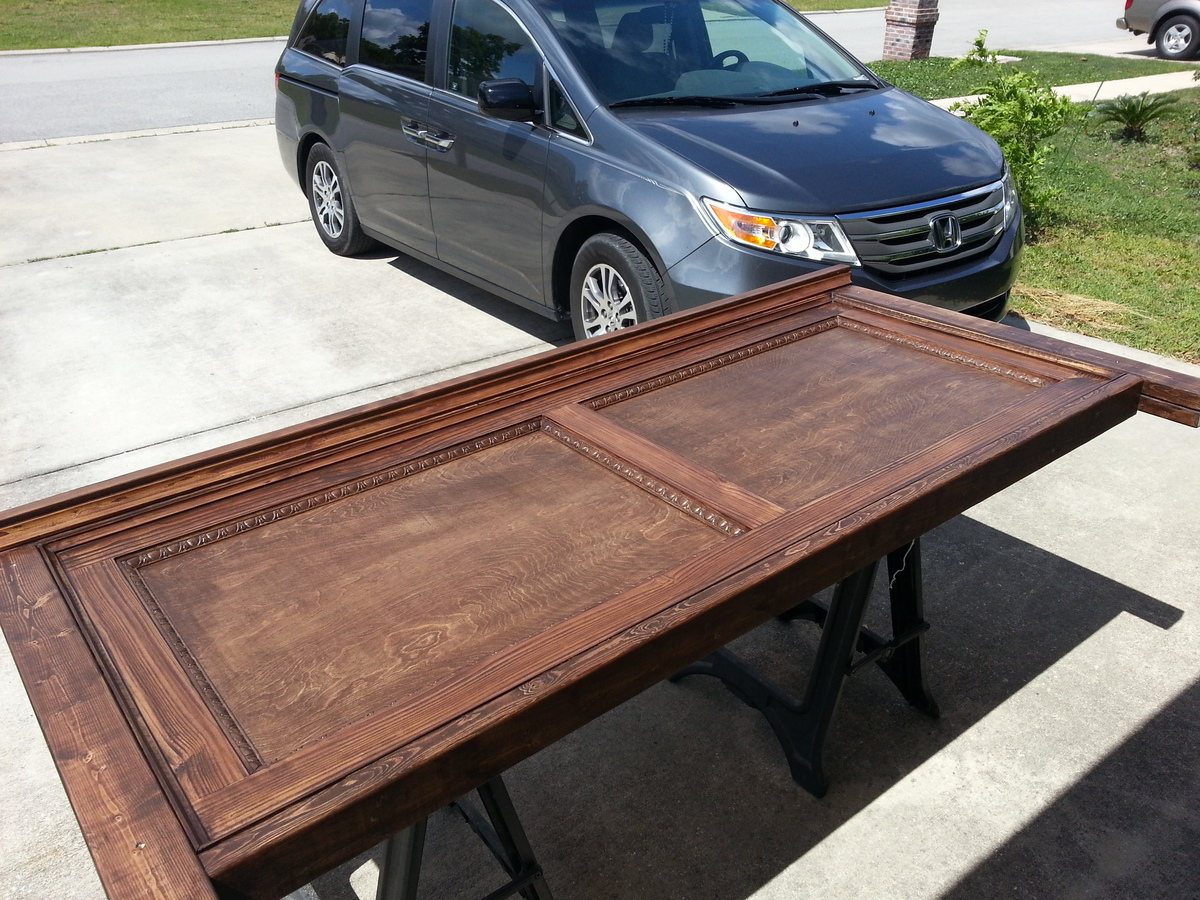 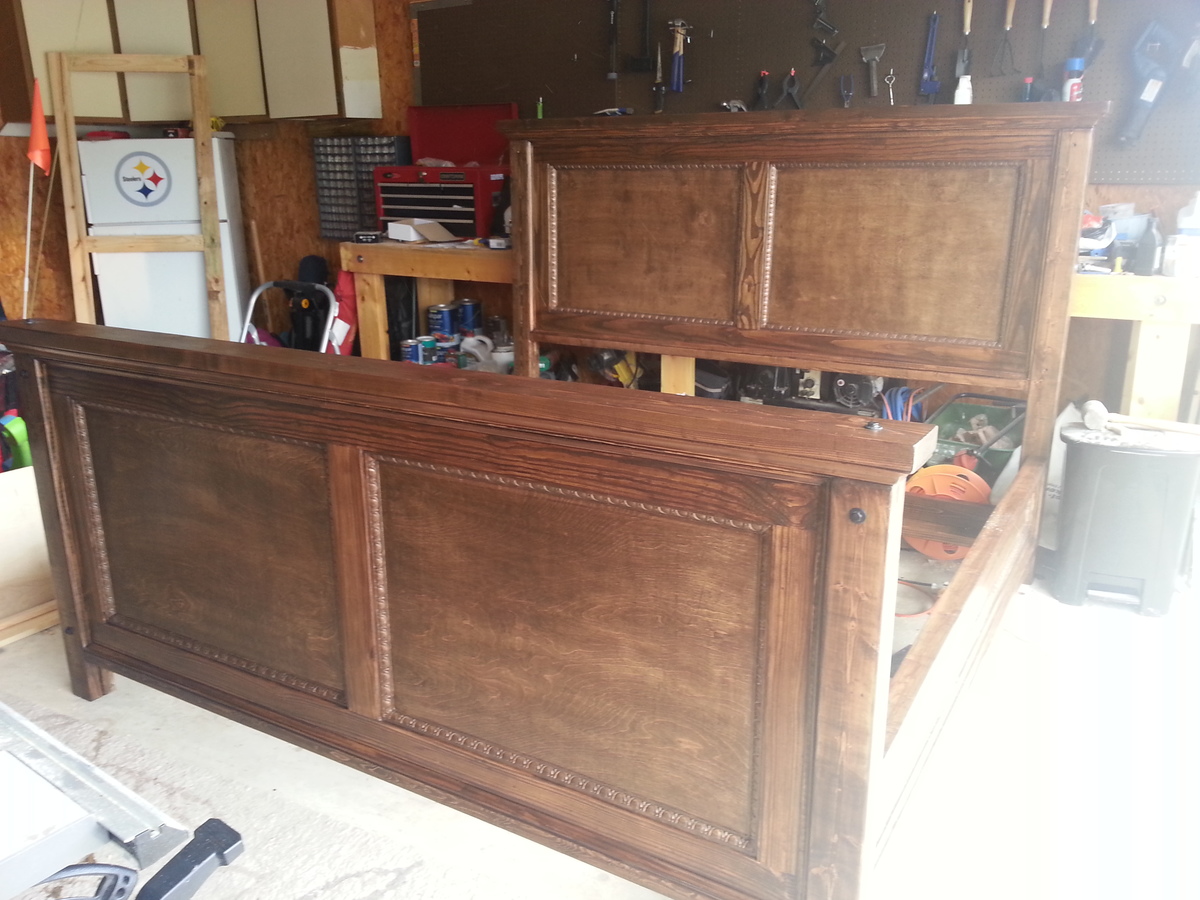 Love this bed. My sister is

Love this bed. My sister is moving near me and I told her about this site so we could refurnish her home (and give me more things to build). The 1st thing we talked about building is a king size bed and I knew the plans would come from Ana's farmhouse bed. But I wanted it different and use plywood instead of the boards, like yours. I saw your bed and new it was the one. What won me over was the molding. It looks like a bed from a furniture store. Great job.

Thank you! I got the molding at Lowes and while it put me over my initial budget, I can't imagine the bed without it now! I just glued them down and put in 1" finish nails. I countersunk the nails using a small hammer and a punch. This way, I didn't damage the molding. I wish I could put up more pictures to show how it all went together.

The bed is quite heavy, so I'm glad I installed steel bed rail fasteners. It make it easy to tear down and put together without too much help.

the moulding does make it

This turned out great! They're great looking head/footboard but that moulding really does take up another notch...definitely worth the extra investment. The finish turned out very nice as well. great job!

Yeah, I was really pleased with how the molding turned out! I liked the bed unstained just as much as it is stained. I lost some of wood grain color variations when I stained it that I was hoping would show through, but oh well. My family, as well as the neighbor across the street, have put in bed/headboard requests! I might try some other molding variations and I'll post pics of those of course!

Your bed turned out beautiful! I love the modifications you made. I am wondering what size boards you used for your topper? From the pictures I am guessing maybe a 2x6 on top of a 2x4, both routered?