My Dad just recently retired and since he is very handy, I had him make this desk for me. He did an amazing job! He used very nice wood and took his time. This could have been a quick weekend project for anyone who isn't retired and has time on their hands :) He did need a little more wood than was called for so you may have to make a second trip to the hardware store, which wasn't a problem. Another note he would give you is to NOT pre-cut the trim pieces before you build the desk. Cut the trim pieces after it is made so you won't be off. (It was only off by 1/8 of a inch, but for a perfectionist that was 1/8 inch too much!)

After it was made we did two coats of paint on the desk followed by several coats of poly on the top. The final project looks amazing and all of my friends now want my Dad to make one for them :) 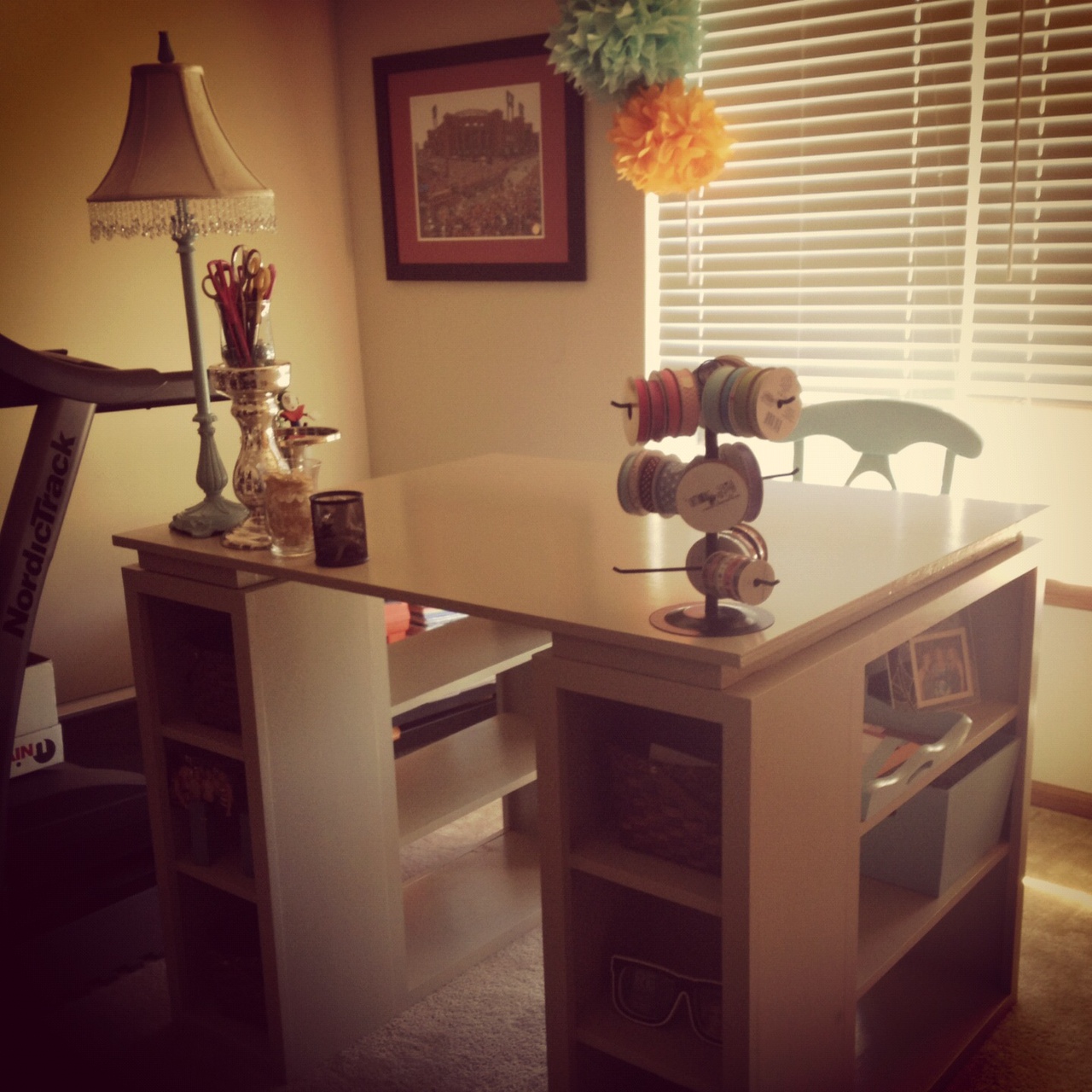 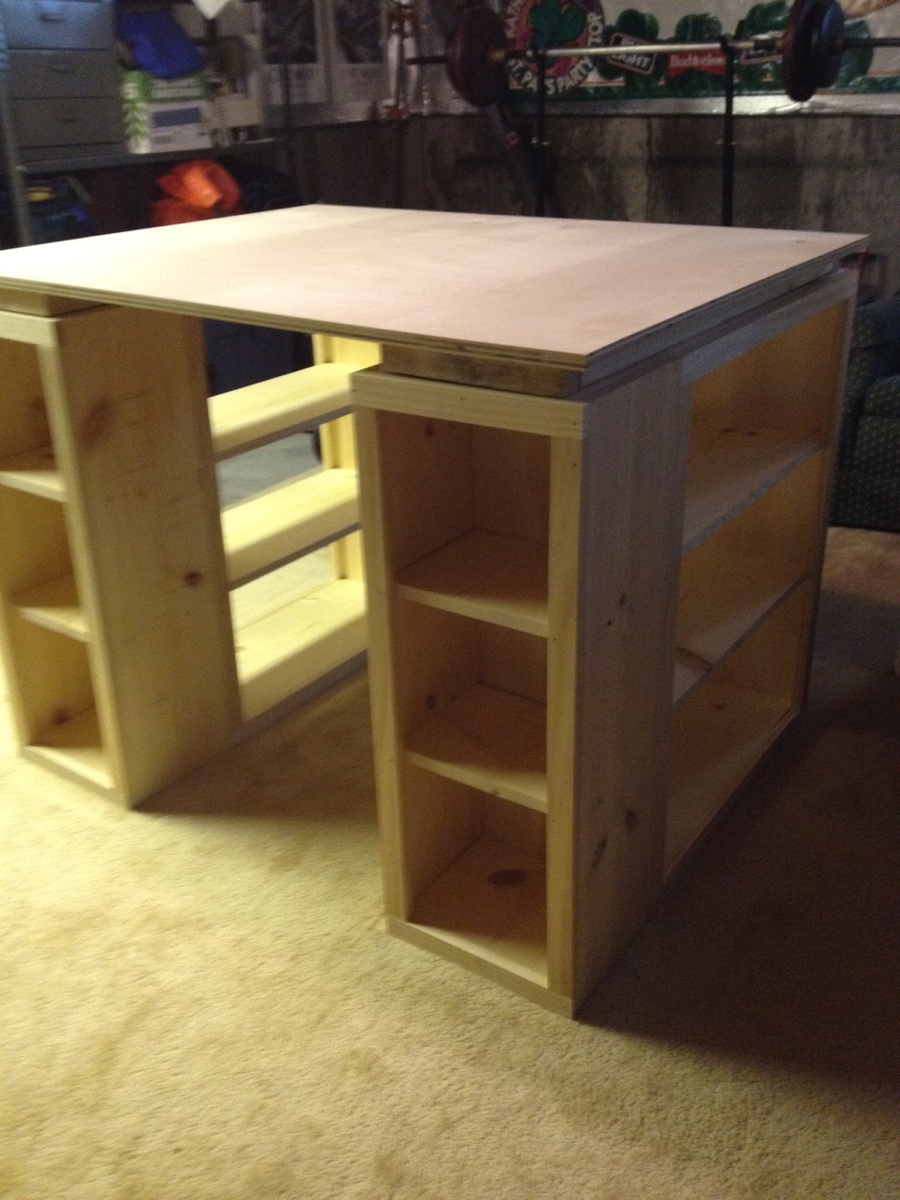 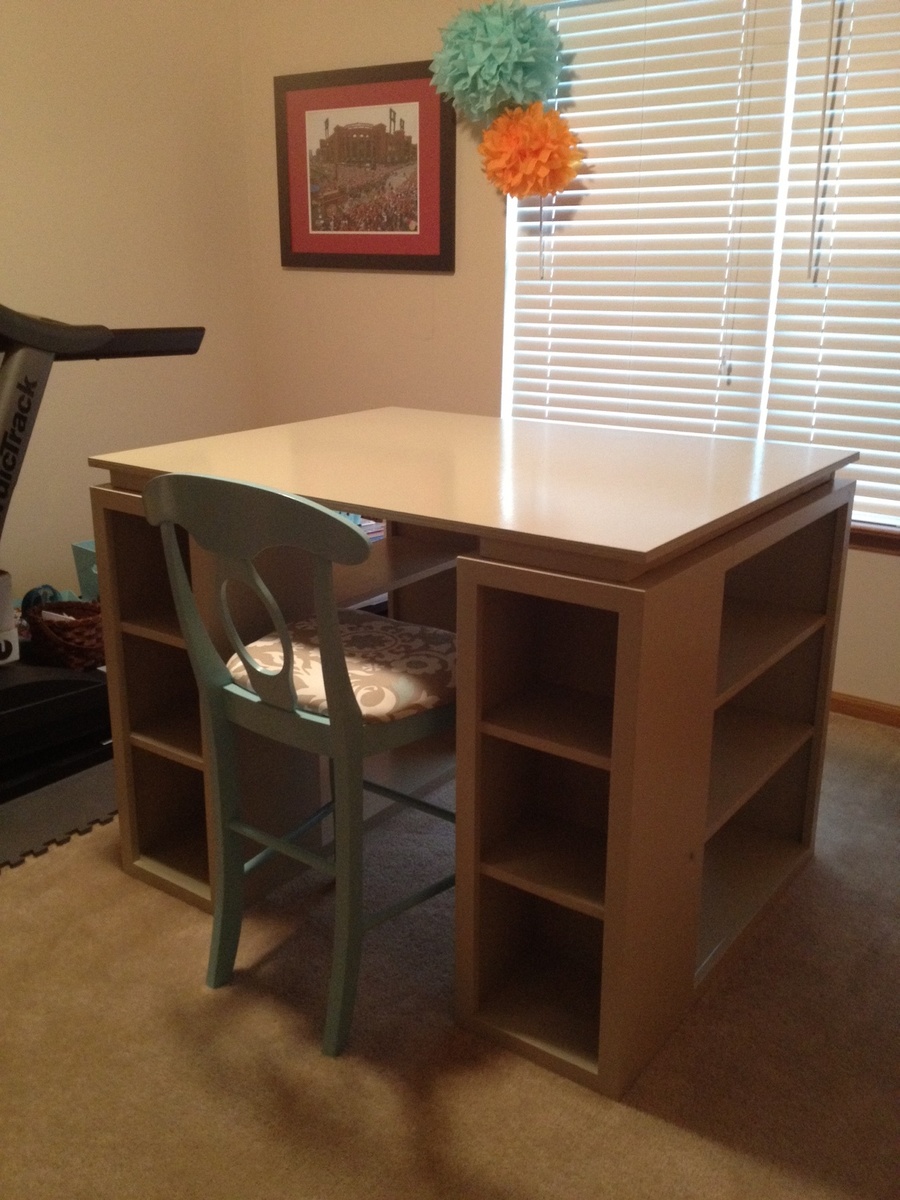 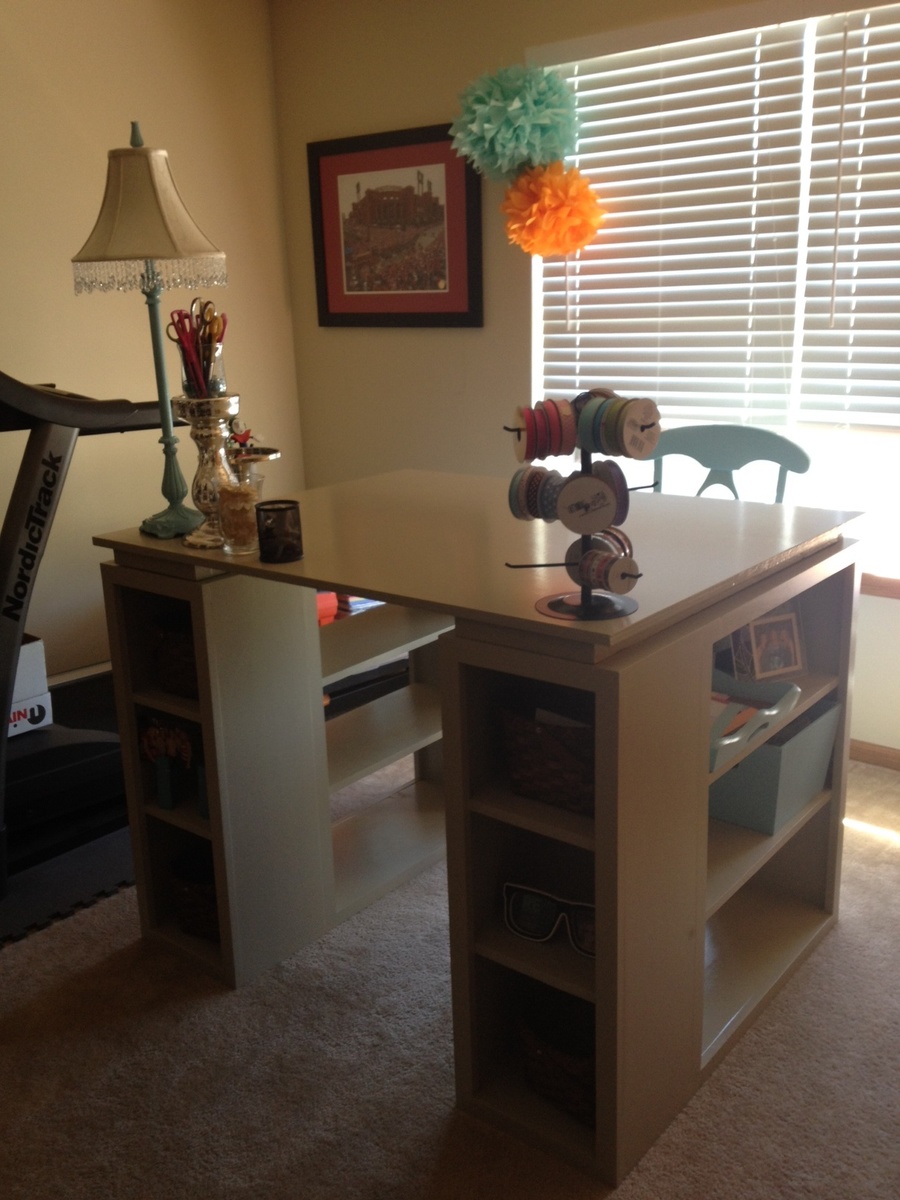