It was time for my younger son's bedroom re-do. He had waited patiently, and was pretty clear in his requests. He wanted color, and dinosaurs. Not just any dinos, but "real" ones--no babyish dinos allowed, said my future paleontologist. Once he saw the loft bed that I was considering for his older brother--he was hooked. We negotiated the paint colors and we were off.

I used the cabin loft bed and the chelsea designs for this bed.
I used the Chelsea bookcases with 2x3s as legs instead of 2x2s (due to quality). This altered the shelf measurements some, but I simply made my adjustable shelves to plan.
The biggest thing to note about the Chelsea bookcase supports is that you need some sort of bracing to eliminate side-to-side wobble. I used a 2x2 and eliminated most all of it, but you need to take this into account!

As for the cabin loft plan part--this was used in the bed portion of the plan. I did used the non-mortising bed rail brackets to attach the side rails for ease of use.

Ladder-Oh the ladder and the angles gave me fits! LOL. I ended up doing a straight ladder and attaching it to the bookcase support. It's fine. Just FYI-don't paint your ladder a light color if dirt bothers you. The rungs are already showing the dirt from little boy feet, so it may get painted again!

I painted the side panels of the bookcases with chalkboard paint. If I did it again I think I would have attached a smooth piece of thin board(the name escapes me right now) and painted that, as the wood tends to catch the eraser some. 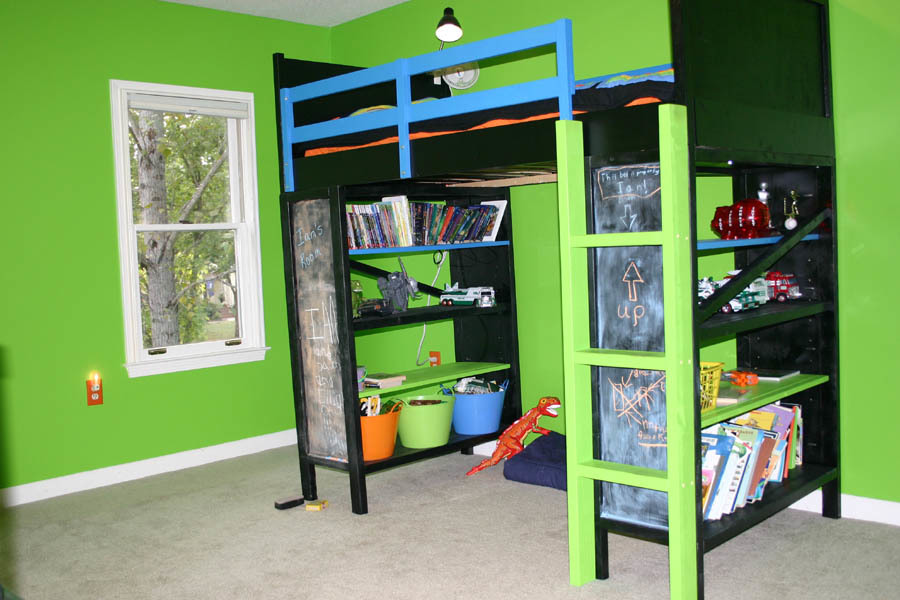 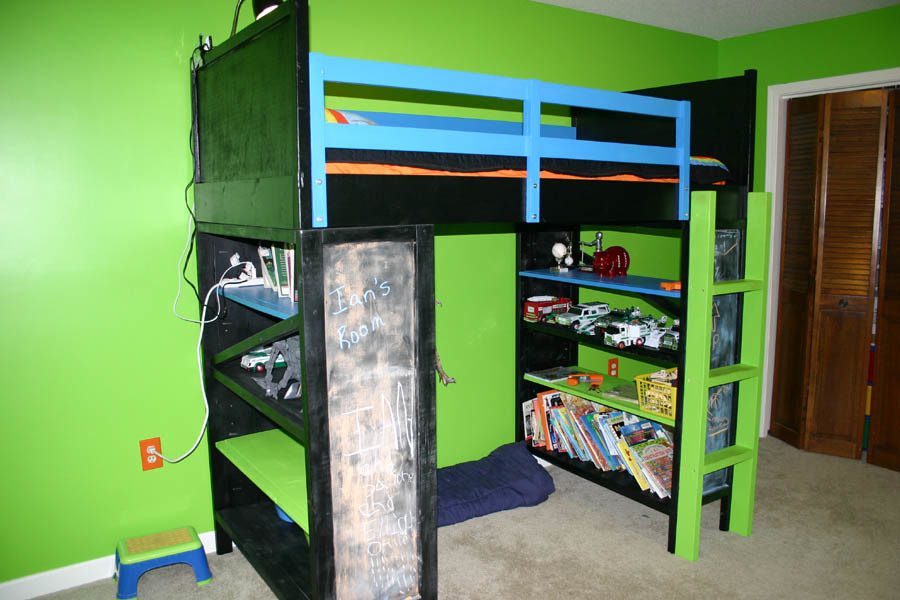 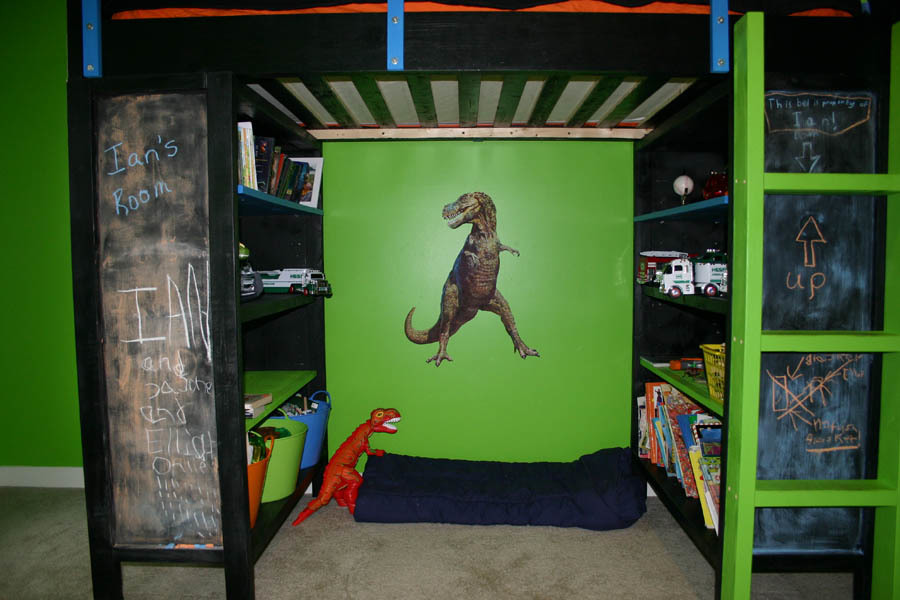 I like the idea of using the straight ladder. I built the loft bed for my daughter. I went crazy trying to make the legs match. After a lot of filing I was able to get them relatively close. BTW, nice dinosaurs!