I wanted to make this project for my son-in-law for Christmas and use up wood I already had in the garage.  I also thought using 2x4's was a bit chuncky for the size of the coolbox, so while I used the idea, I did not really use the plans and made up my own.  I only used screws to attach the wood for the two shelves, all the other joints were cut and glue joints and at one point I felt I was making a jigsaw puzzle!

Other changes I made were:

No water drain tap - The drain in the cool box is set slightly above the base of the coolbox.  I loved the idea of a tap for the external look of the finished project but for a practical purpose, it is very fiddly to install and you would still have to emply the bottom of the coolbox with a cloth as the water would not completely drain from the box.  I did not remove the handles and made the wooden box slightly bigger, just big enough to raise the handle and remove the coolbox for emptying and cleaning.

Decorative Bottle Caps -  Instead of putting these on the front, I designed the lid so that it could be covered with a layer of bottlecaps and grout (having first glued the caps on).  The provided a surface for putting hot food on should you want to use it as a 'hotpad' (although you would not be able to open it if you did) - but mostly, I thought they would be less likely to fall off, it povides a rain/weather barrier, and futher insulates the box. So the lid in my version is framed with wood, then has a layer of insulation, a layer of 3/4" wood, then the bottle caps/grout.

Bottle Cap Catcher -  I added a bottle opener to the side opposite the shelf and attached below it a 1/2 circle terricotta planter which comes with a hole in the bottom to catch bottle caps.

The whole thing was painted in 3 different layers of Anne Sloan chalk paint, waxed and sanded to give it the distressed look.

I have a list of the wood used (with sizes) if anyone wants it.  I plan to write the plans up better, but for now this is what I have. 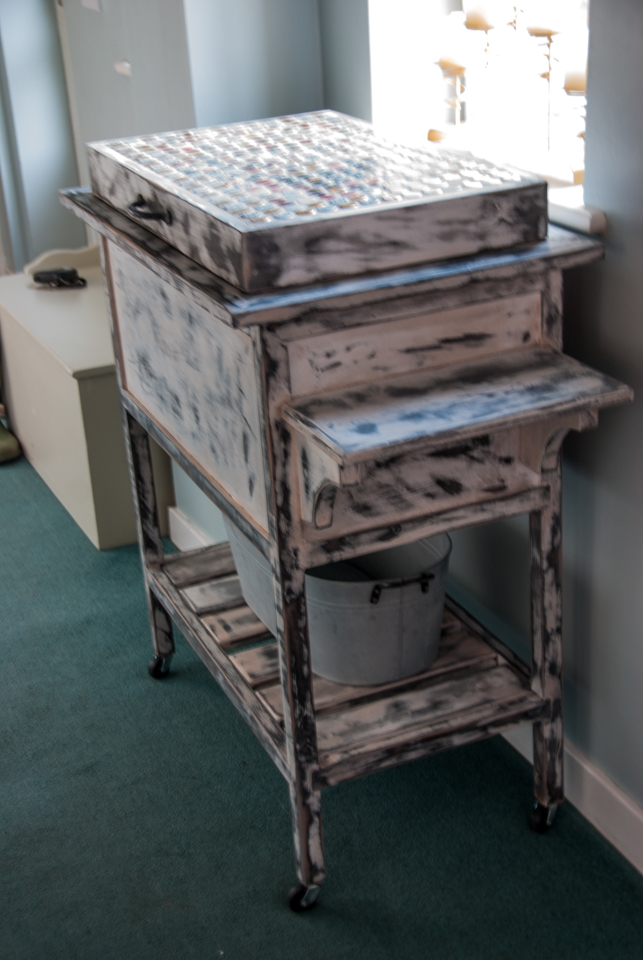 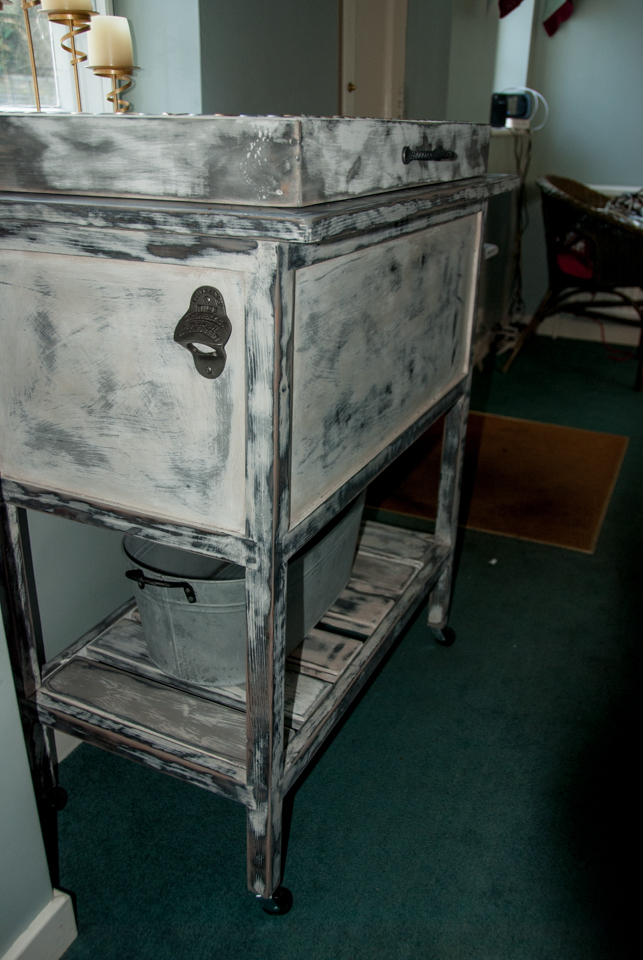 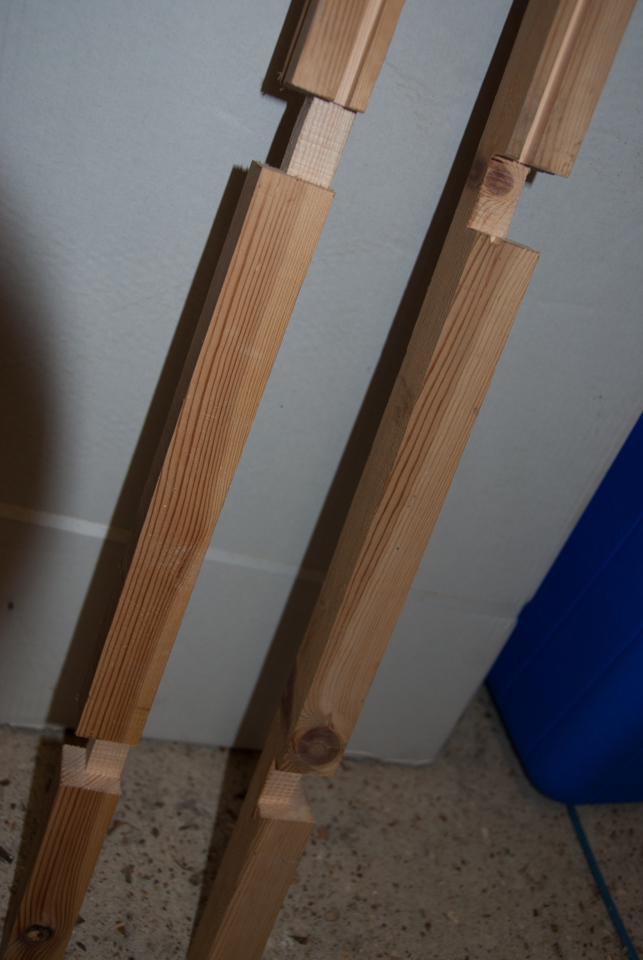 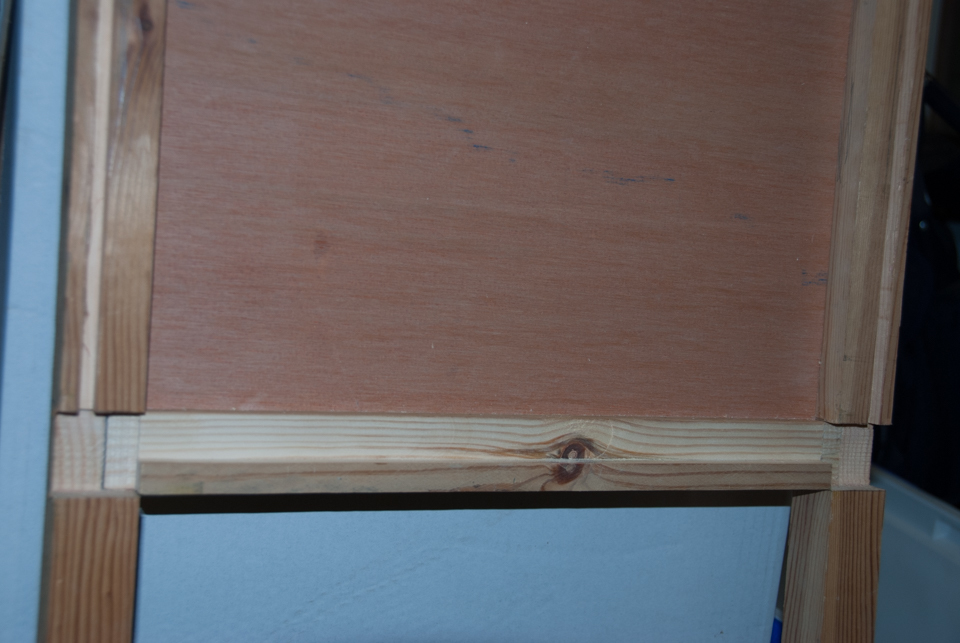 Love the chalk paint! This

Love the chalk paint! This is a really awesome project!

When I cookout, it's always a crowd.  And over the years of hosting big meals, I've learned that ME enjoying the event also matters, and how relaxed and happy I am sets the tone for the event.  No one likes a frantic and stressed host.