I took the Ana White plans for this bed and modified them just slightly. I decided to cover up the top opening on the front, and add some plywood "trees" so that the ned looks like it is being suspended by the trees. I used whitewood from Lowe's, a compound miter saw, the AWESOME Kreg Jig, and a drill. The whole thing took about three days to construct and about two days to paint 2 coats. If you see from the pictures that the side pieces of 1x4 trim are missing, you are right. When I measured the 34" instead of the 34 1/4" it was too short for the sides and wouldn't match up with the front trim. Even if I used the 34', there was a gap so I left it off. I added a fourth step and I also put grip tape on the stairs because my homeboy like to sleep in socks and I didn't want him to slip coming down. 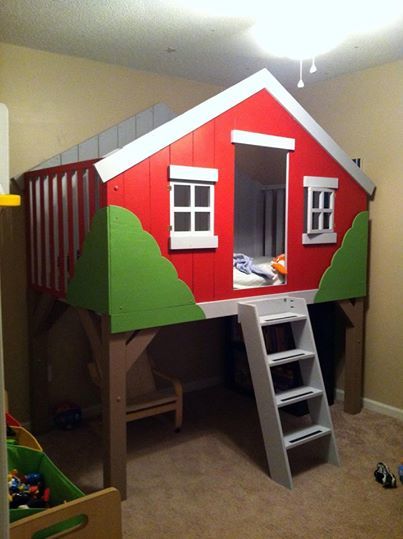 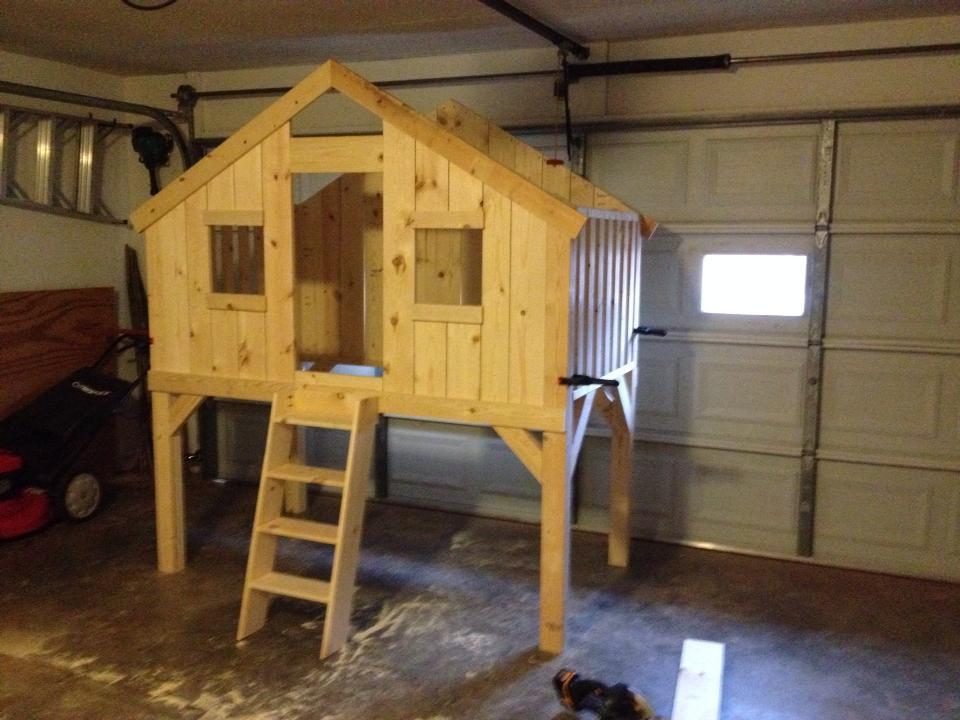 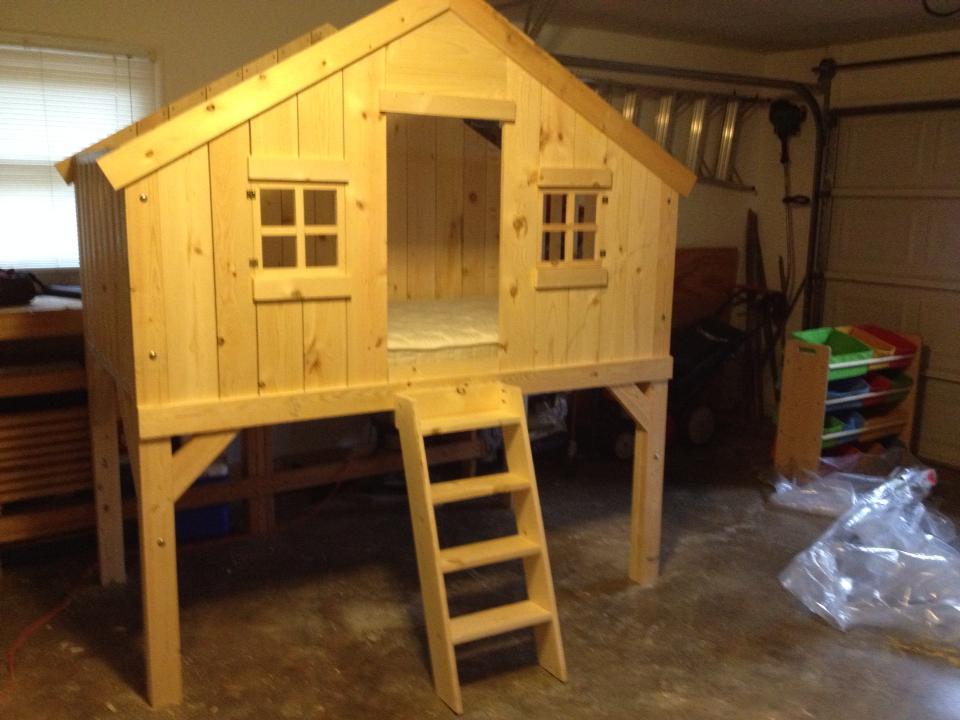 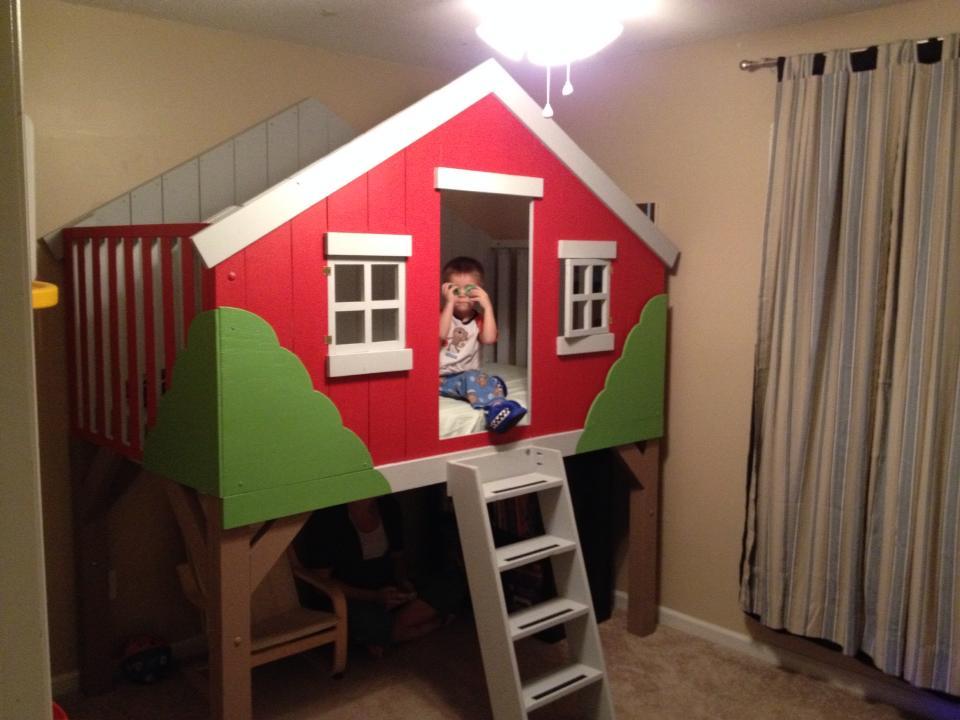 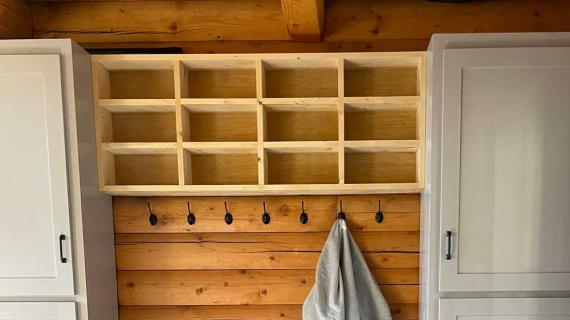