This was my first project, probably a little ambitious for a first project but the plans made it super easy. As soon as I was done with the 4 chairs (two armless and two corners), I immediately made two tables that we have used as side tables, as a single table and as seats. It was dirt cheap to make, probably less than $100 for everything, that’s a complete steal. The cushions cost twice as much as the entire build. 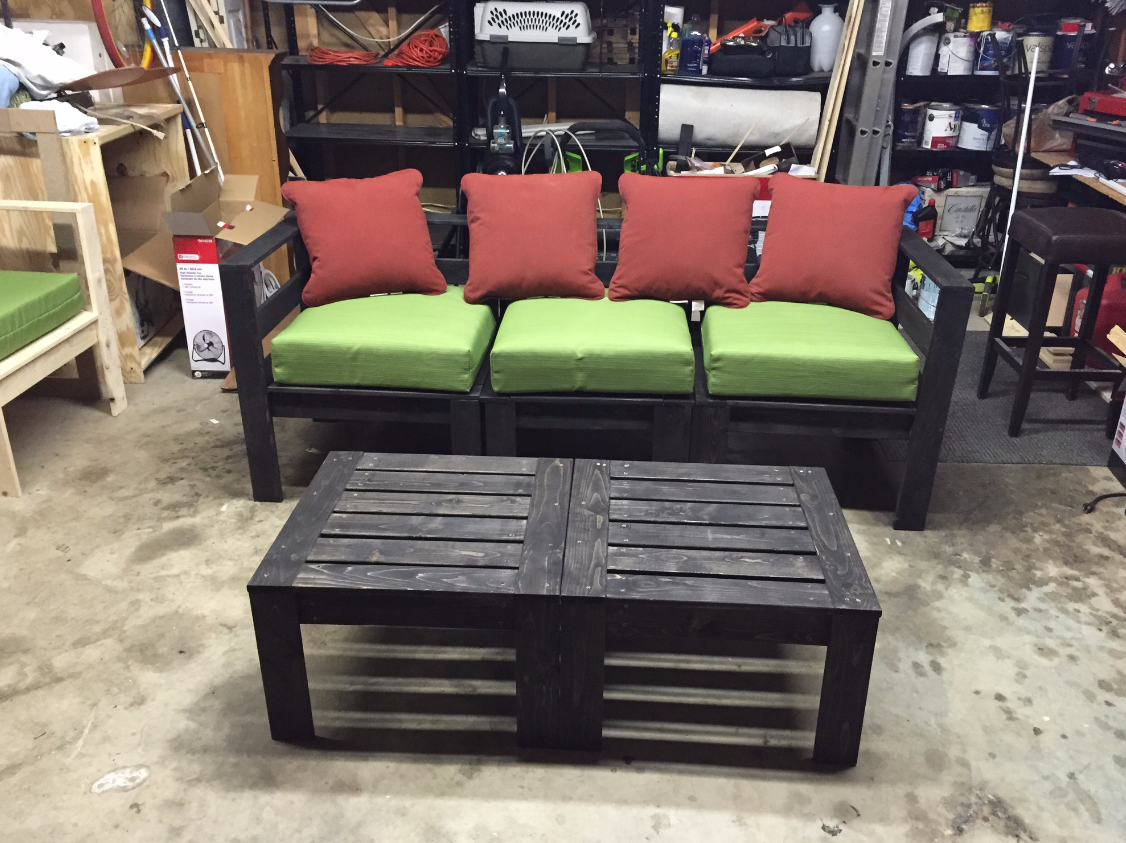 The chairs were difficult to stain with complete coverage, on the tables I stained the piece before I assembled them and it was significantly easier and turned out much nicer.
Recommended Skill Level
Intermediate 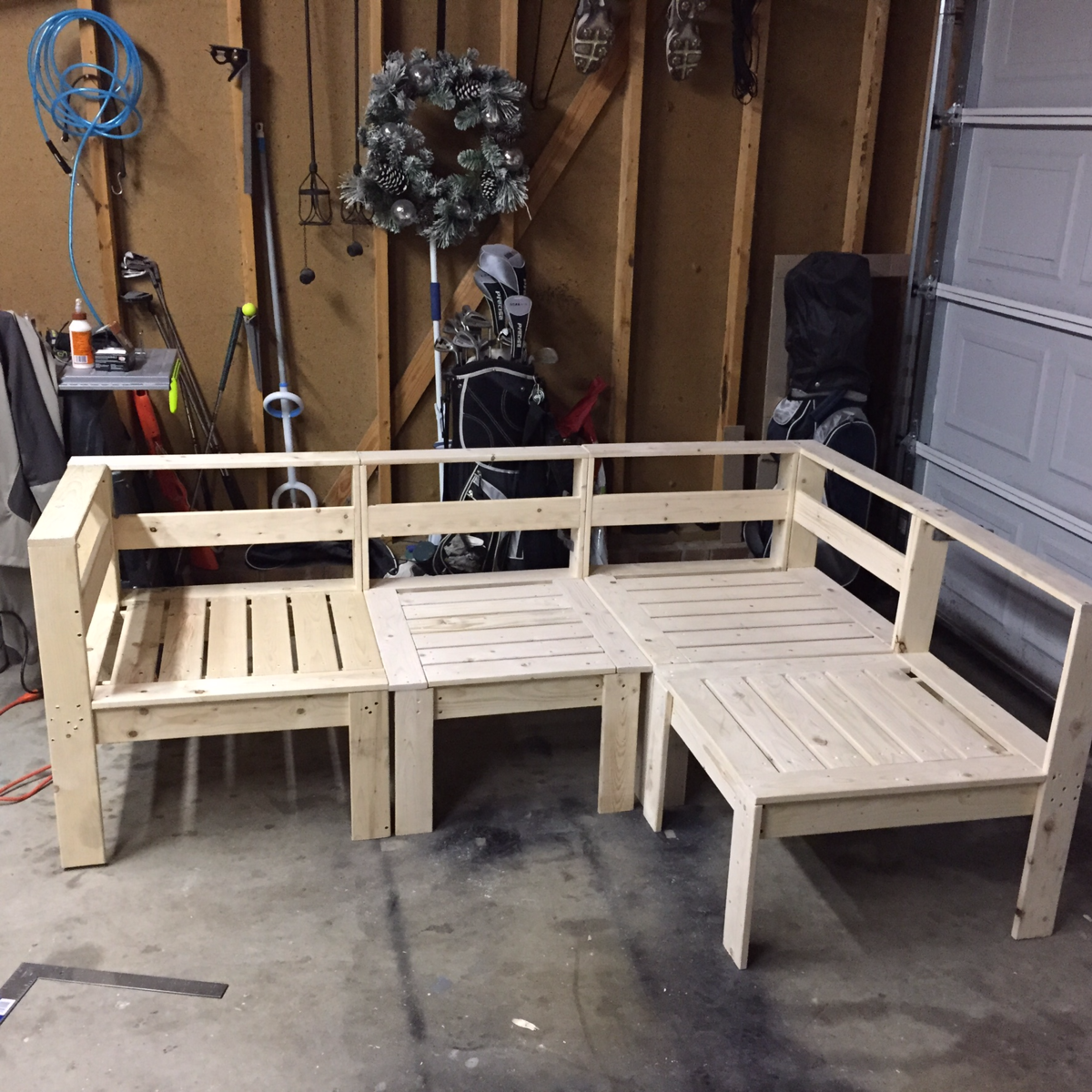 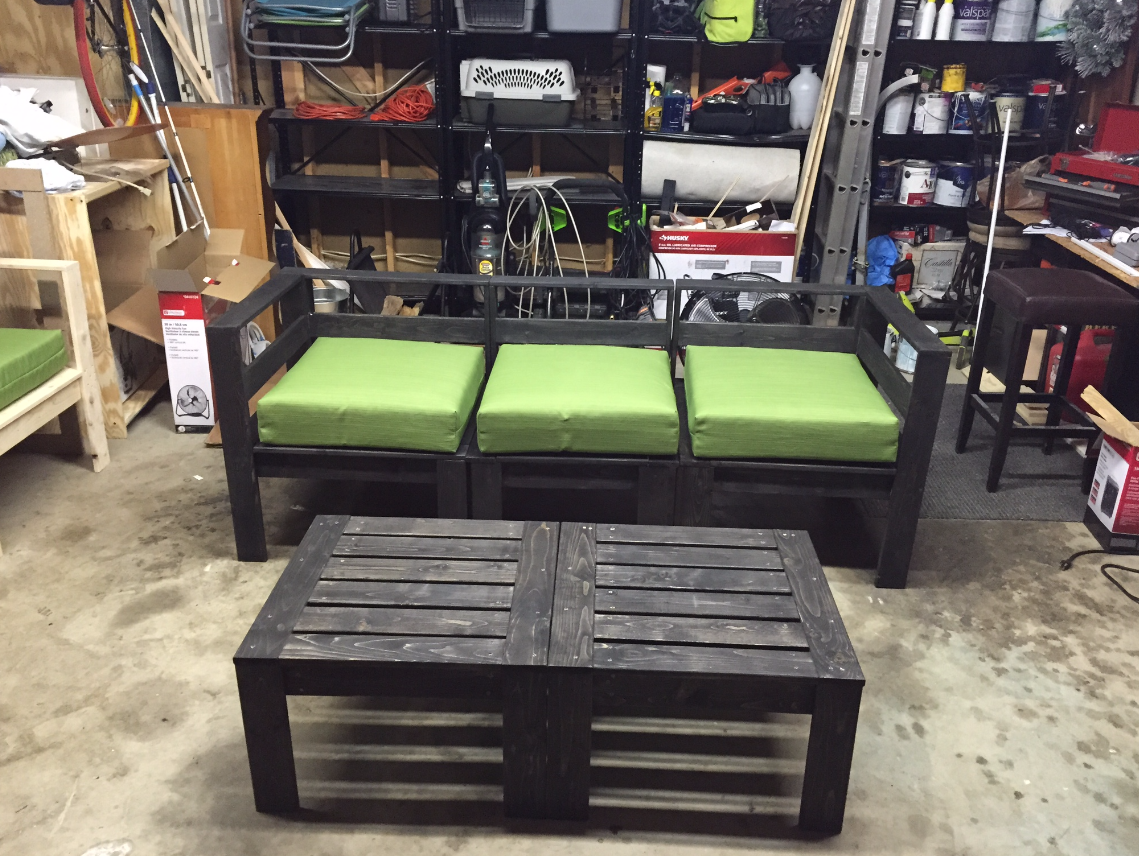