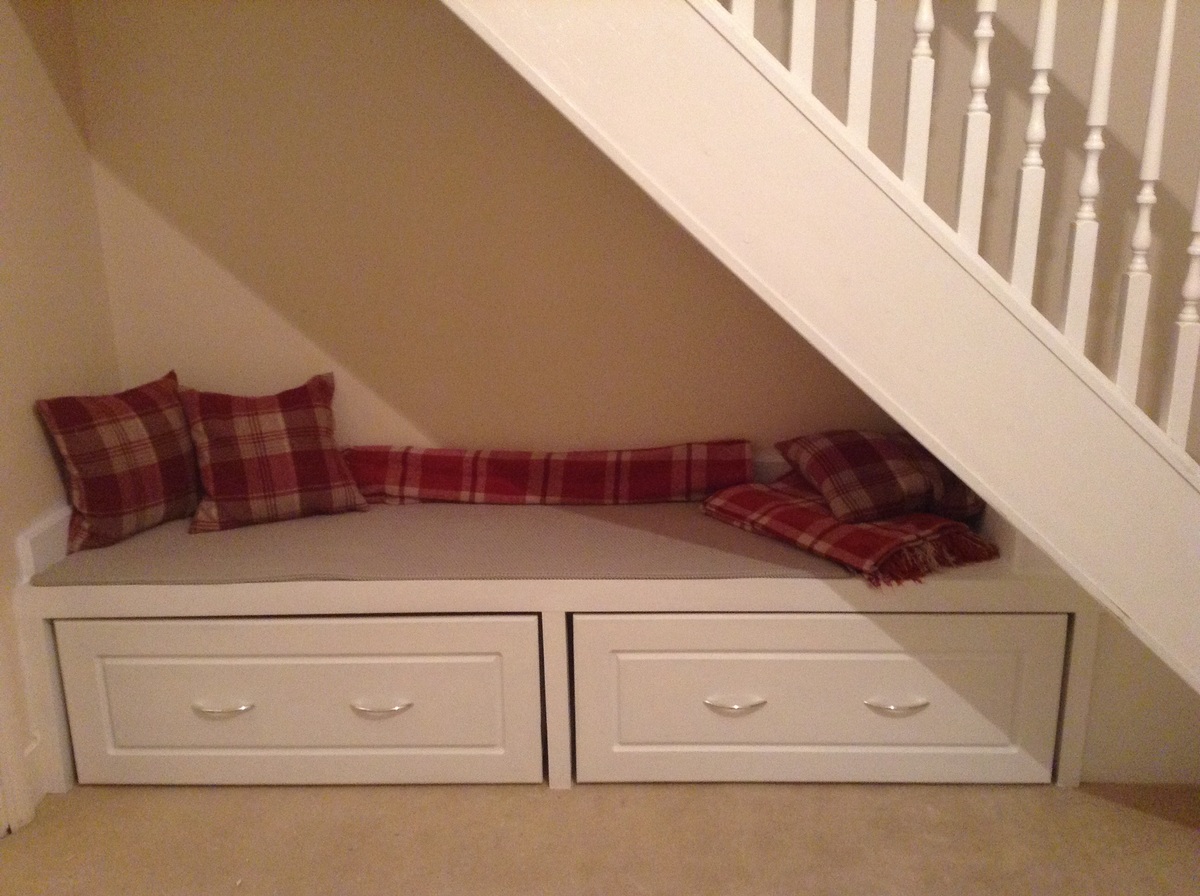 We are in the unique position of having stairs in our bedroom and they take up quite a lot of room. We considered putting a chair and set of drawers under the stairs but they would have looked cramped.

Having done some research we found some photos where people had built benches under the stairs.  It was around this time that we found Ana White's plan for framing up a mud room bench in a nook (which for some reason I can't add to the 'built from' section). We had to adapt it as the original plan was framed by 3 walls and due to the angle of the stairs we could only use 2 and added legs. We also had to add triangular panels to give it that built-in look.

We were able to complete the build for relatively cheap as we kept a ton of 2x2 from when we removed a 60s built in wardrobe and was able to rebuild it. If you look behind the drawers you can even see that the wood is notched from the wardrobe hinges but in a nice way it keeps the old owners work in the house. 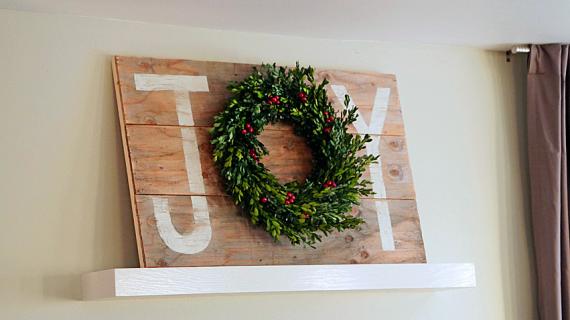 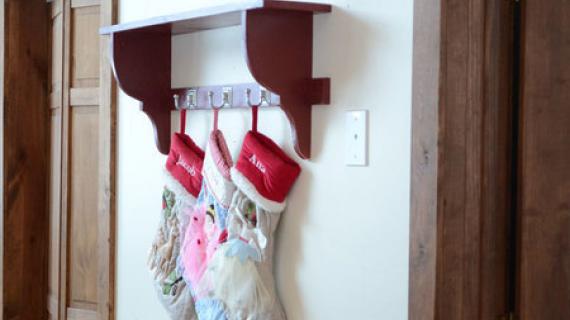 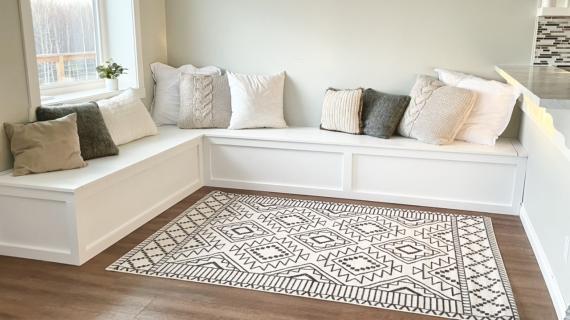 Banquette Bench with Flip Up Storage - Customizable Size and Shape 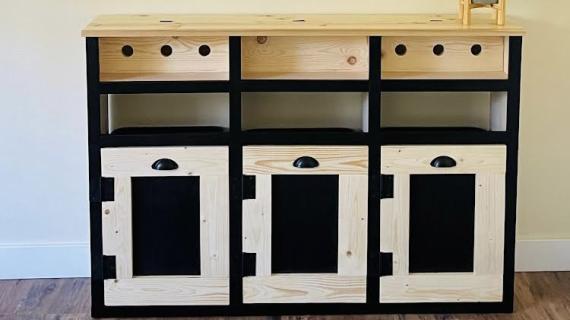