The original plan was to make our daughters bunk beds but during the construction of bed #1 we decided to put the oldest into her own room. This move prompted me to find a way to differentiate bed #2 from bed #1.

I would also like to point out that I made the entire head and footboard an inch narrower. When I made the first bed, because of the way I attached the side rails to the 4x4 posts, it created a bed frame 3 inches wider than the plans called for. Because of this, the mattress on bed #1 has about an inch or so gap on either side when it sits in the frame. It's not a huge deal, but it was something I wanted to try and correct. So I loped an inch off the total width. I compensated by making the end filler pieces of the slat portion narrower. I would even go so far as to cut an even 3 inches off the entire width and the mattress would sit tight in the frame.

As with bed #1 I decided to use bolts instead of screws to hold the bed together. It makes for a much sturdier bed and it can be dis-assembled in a matter of minutes moved and reassembled without losing any structural integrity. The flowers on this bed hide the holes I had to drill to counter sink the bolts and the holes I drilled to access the bolts to attache the washer and nut. I was able to get just deep enough on the 2x6 side rail that I didn't need to drill all the way through as I had on bed #1. This was something I learned as I began to assemble bed #2 to get it ready for paint.

Built from Plan(s)
Simple Bed (Twin Size)
Estimated Cost
This bed cost around $150 to build including the trim and paint.
Estimated Time Investment
Weekend Project (10-20 Hours)
Type of Wood
Pine
Finish Used
As with bed #2 various modifications were made to the plans. I shortened and raised the headboard and footboard. I made it narrower. I did this because instead of the rail attaching to the edge of the post as the plans direct, I attached the side rails in the center of the post. I also did not build the mattress frame as directed. Instead I just ran a 2x2 down each side of the side rail. This was sufficient as the mattress frame was no longer a part of holding the bed together.

I added bevels the wood slats with a router and added the same bevel to the tops of the posts and the the 2x4 cap inbetween the posts. This gave the bed a much more finished look instead of looking like painted raw lumber. The flowers and letters were acquired at a craft store and painted using craft paint and then sealed with a spray on clear lacquer finish. I used a pin nail gun and wood glue to attache them to the bed. Caulking and wood filler to fill in any screw and nail holes was also used to give the bed a complete finished look.
Recommended Skill Level
Intermediate 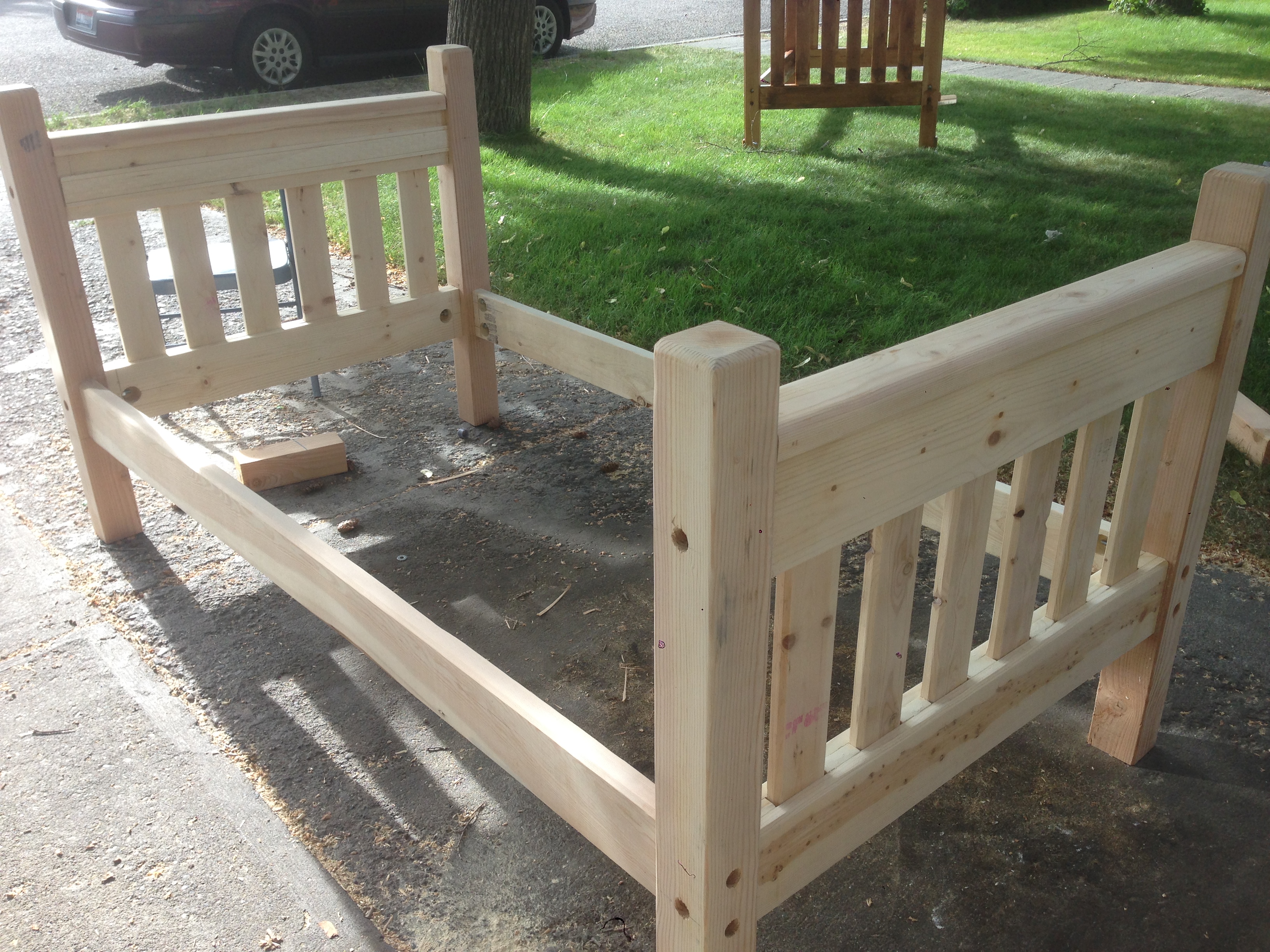 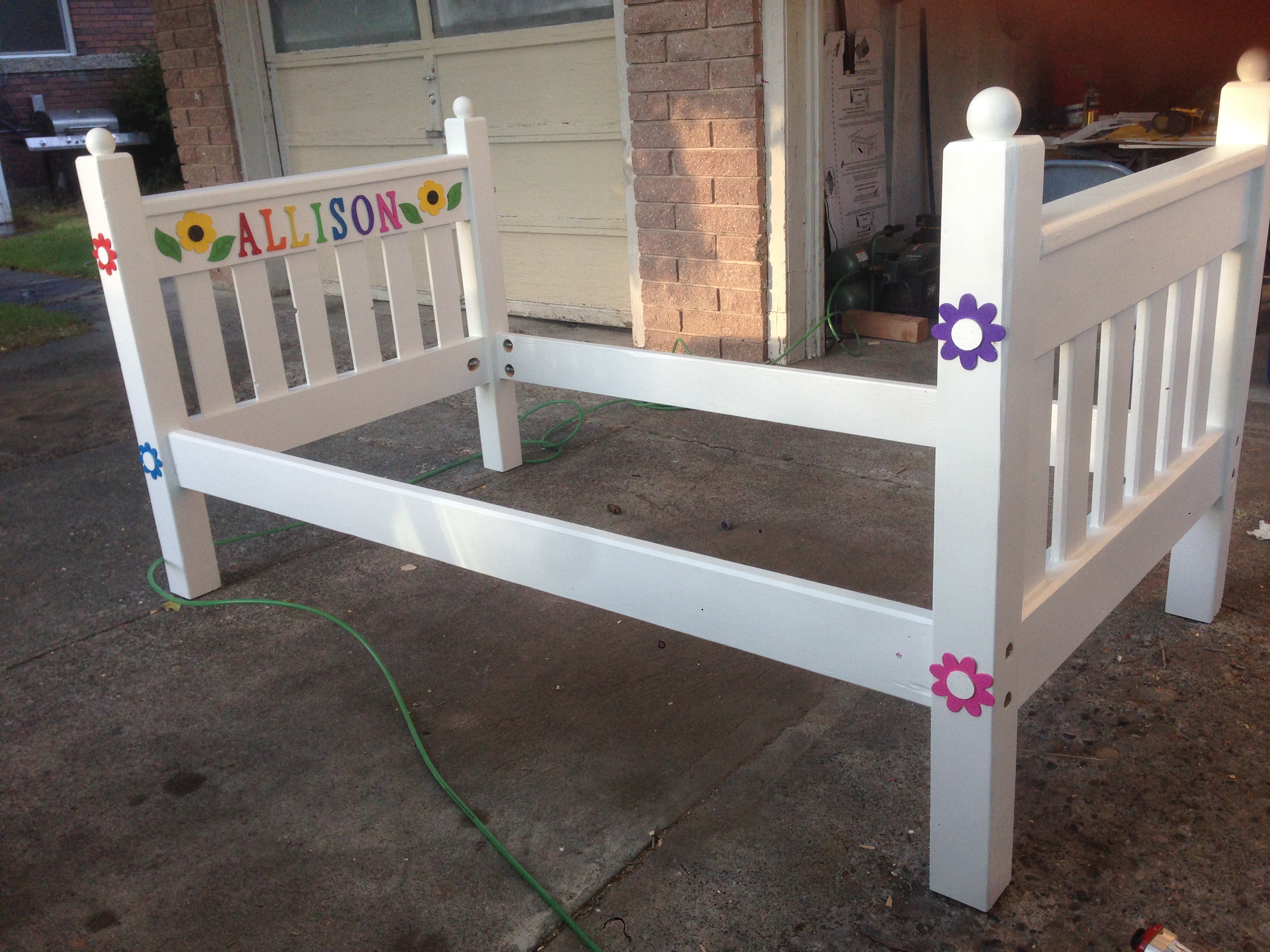