My husband & I built this version of the Husky Farmhouse Table. We also built two benches & bought chairs to match the colors as closely as we could. We. LOVE. It! I found the legs on Etsy for a little cheaper than the place Ana reccomends in the plans. The milk paint didn't crackle as much as I wanted, but I think that was because I put the first coat on WAY too thin since I was afraid of running out. And I ended up doing 3 coats. We were able to sand the edges & some spots down a bit to get the effect we wanted though. Super excited to have Christmas dinner at this baby! 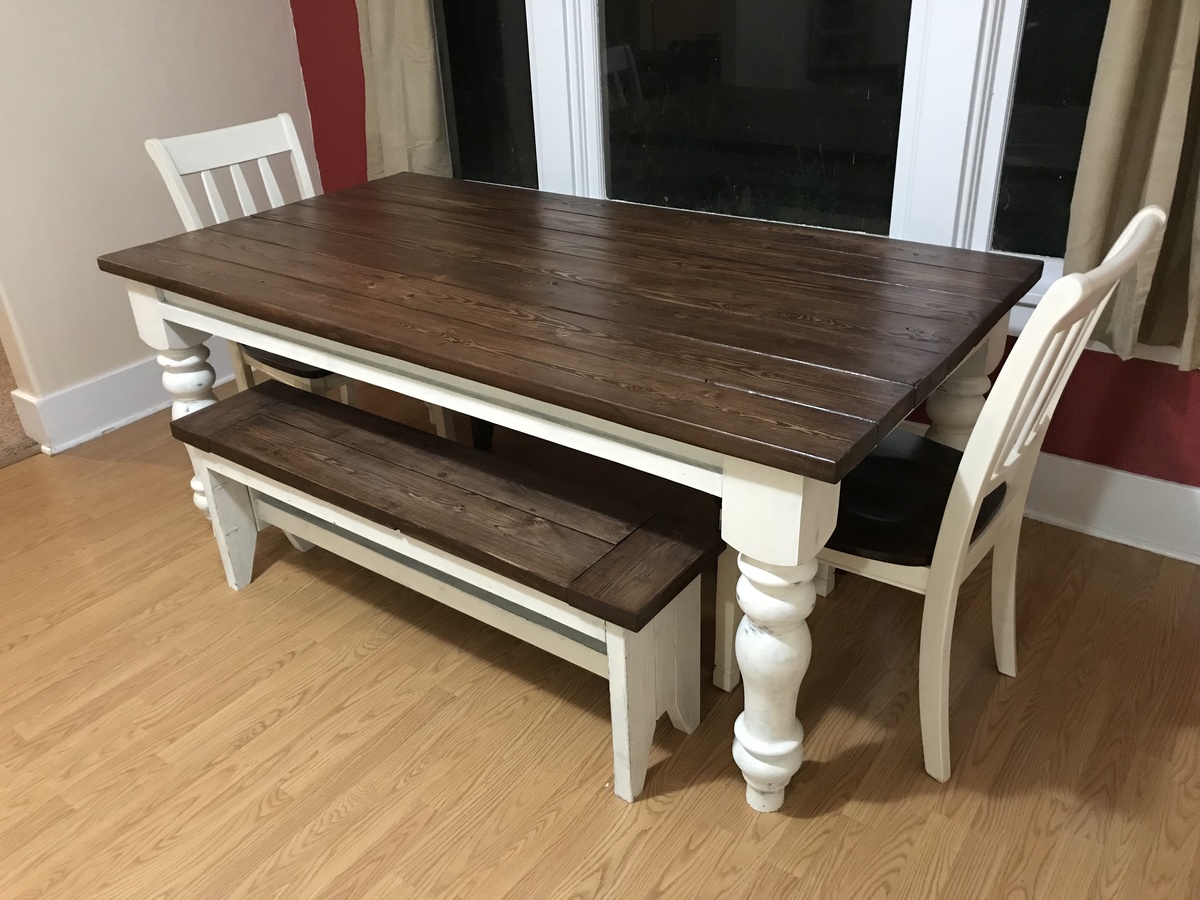 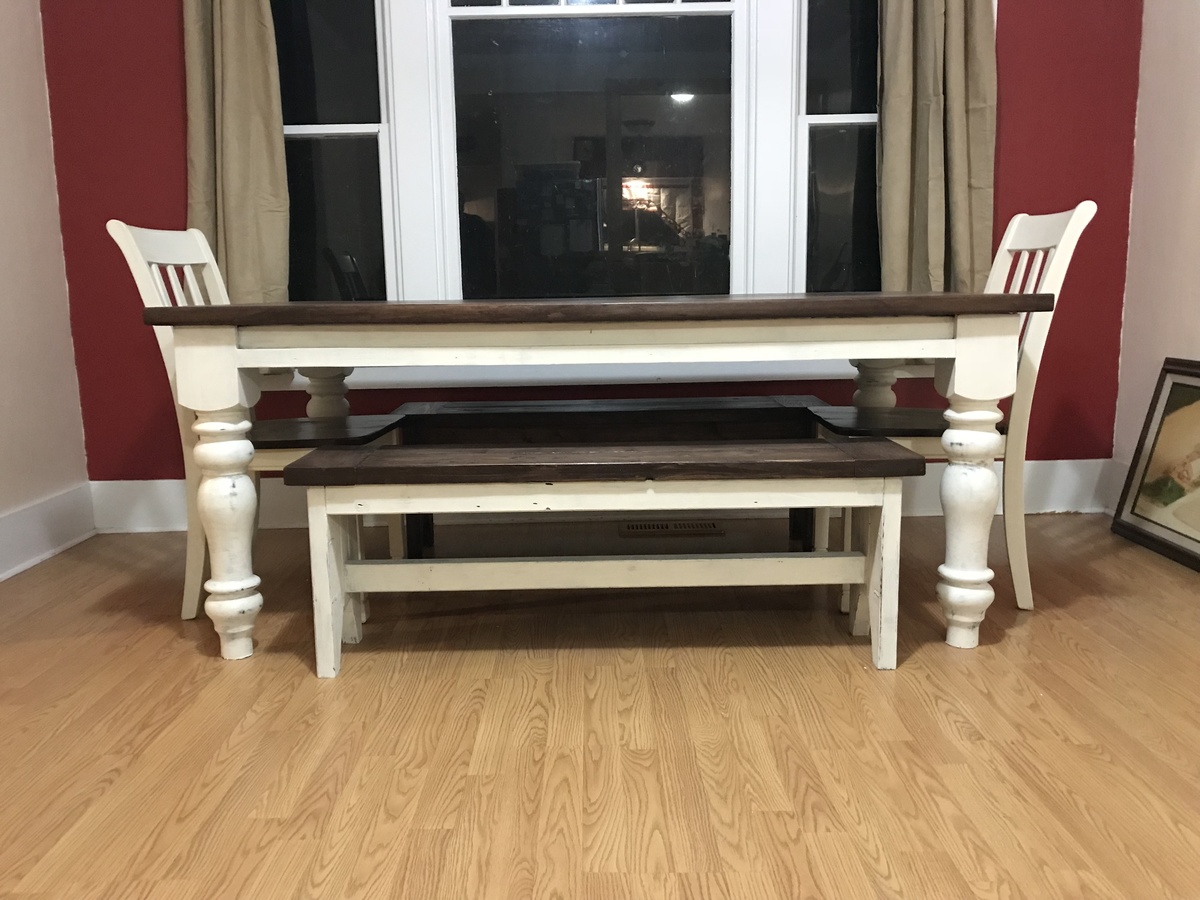