Two little girls we know recently celebrated their 1st birthdays, 4 months apart. I thought chairs would make perfect gifts. I finally got around to finishing both chairs around the time of the second girl's birthday. The other one was rather belated. The parents didn't know I was making it so it was still a nice surprise. My own 1 year old rather enjoyed testing them out.
I've previously made one of these full size chairs for my 8yo. but for these I changed the measurements to be smaller and easier for a one year old to sit on. I made the seat 28cm high and adjusted all the other measurements to suit. I enjoy using Sketchup so resizing the plan was a good excuse to use it again (I used an old ikea chair we had on hand as a guide for the sizing.)
I primed and painted the wood used for the slats before I cut it to size. This was so much easier than trying to paint in between them. Filling the screw holes was a bit of a chore and I'm not totally happy how some of them were still rather visible under the paint. A bit more practice needed I guess. Finishing took quite a while because of all the drying time. Chose to distress them to help disguise any bumps and marks they're likely to sustain. I discovered there is a fine line between distressing and distressing too much.
Really happy with how they turned out. Thanks for the fantastic plans! 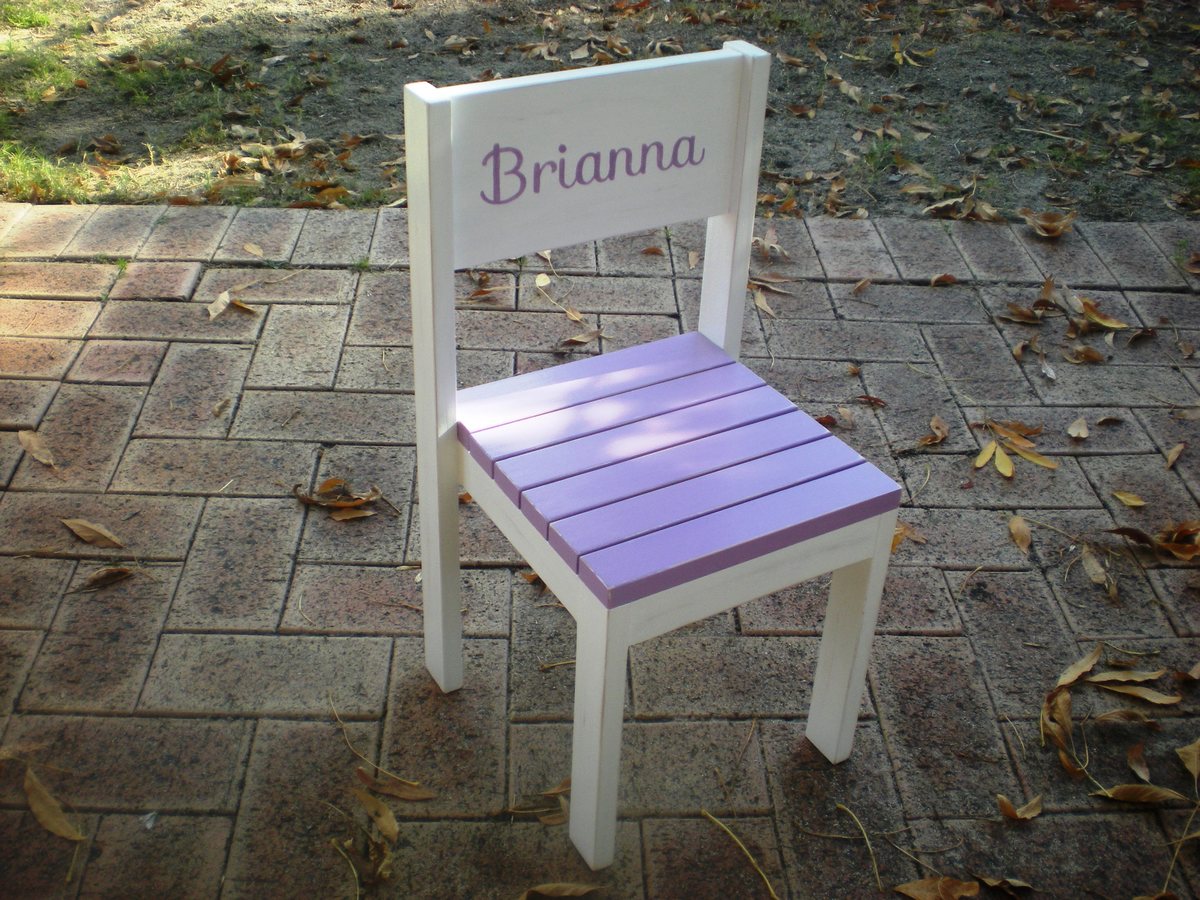 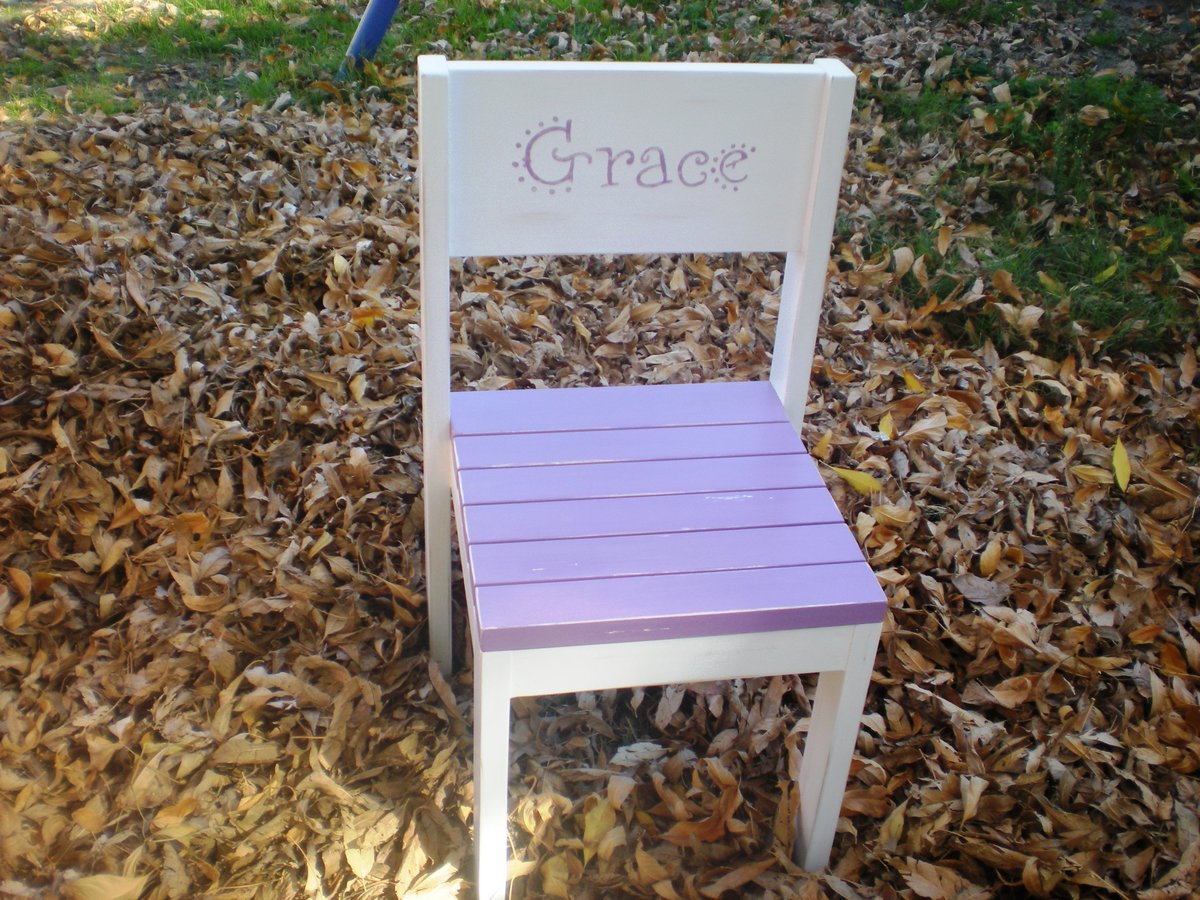 Love the name on the chair

Great job on the chair! What did you use to het the name on there so perfect!!

Thanks, I printed out the

Thanks, I printed out the name in the size & font that I wanted and traced over it using a ballpoint pen/dull pencil which leaves a slight indent. Then paint the outlines and fill it in. There's a great tutorial over at http://thatsmyletter.blogspot.com.au/2012/08/h-is-for-handpainted.html

Love the use of the 1x6 instead of slatted for the back and the addition of the name takes it to a whole new level. So glad I saw this before making them for my littles. Btw, love the font you used for Brianna, so pretty. Well done!

Beautiful work on the chair!

Beautiful work on the chair!  What type of paint finish did you use?

NEVERMIND I needed to read

NEVERMIND I needed to read further.