With another baby on the way in a few months, we decided to move our 2+ year old daughter across the hall into her first big girl room. I built big sister the Kendal Extra Wide Dresser, Traditional Wood Toddler Bed, Letter A Shelf and a Dollhouse Bookcase and matched the colors with her new comforter, lamps and princess canopy tent from the Land of Nod outlet.

A lot of people have done some pretty cool modifications to this project, but at the end of the day, we decided to follow the plan verbatim and build the Pottery Barn design. This build was super easy. Probably spent most of the project time sanding over and over in order to ensure that it was splinter-free, smooth, and safe for our princess. I do note that the side rails in the project design are somewhat low after you put the mattress down. However, this was really only a concern during the first few weeks. Although our daughter somehow was able fall to the floor during the first night (without incident--she did not even wake up--thank god for carpet), after she became accustomed to the bed, the lower side rails actually work rather well. Our daughter, a insanely crazy sleeper, usually wedges herself against the side rails at different parts of the night. She might hang a limb or two over the rails, but never through the rails, and she never falls off the bed. 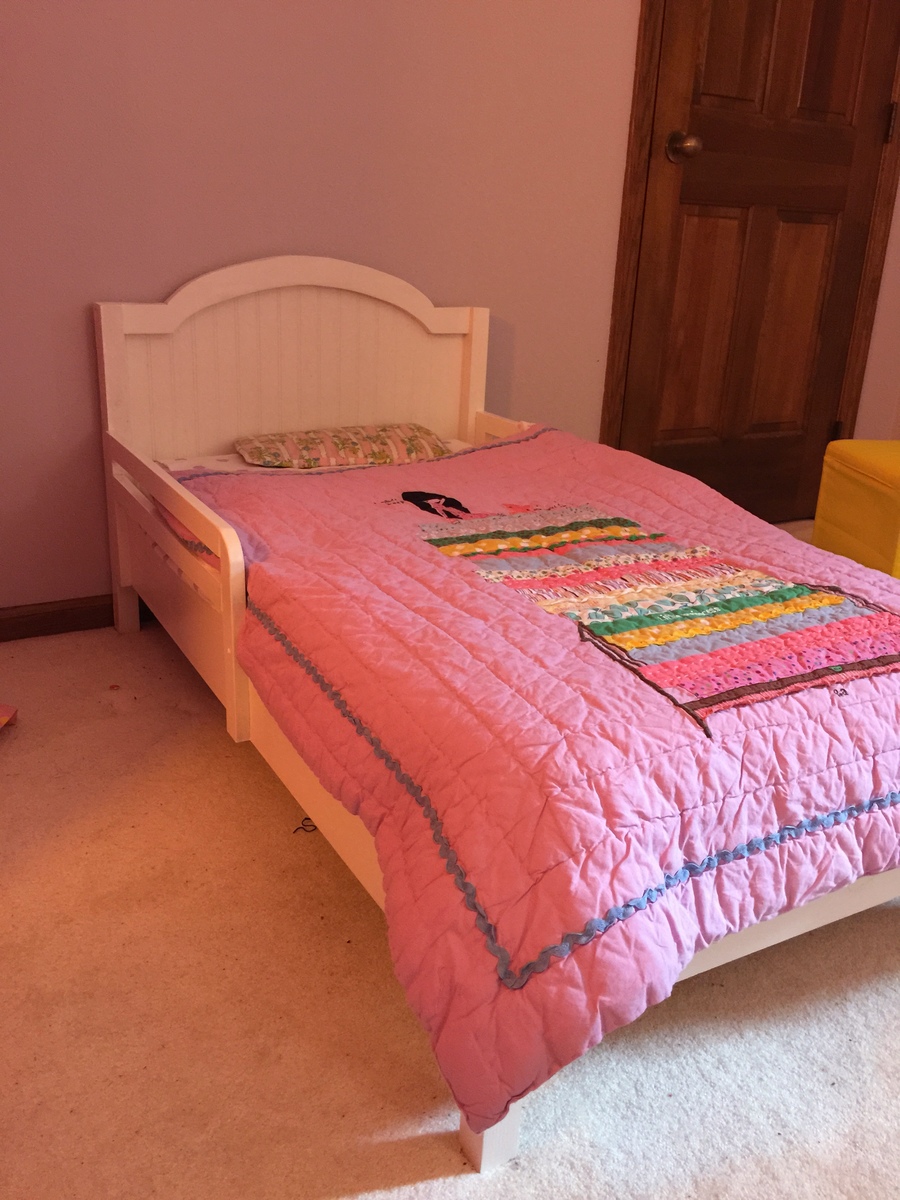 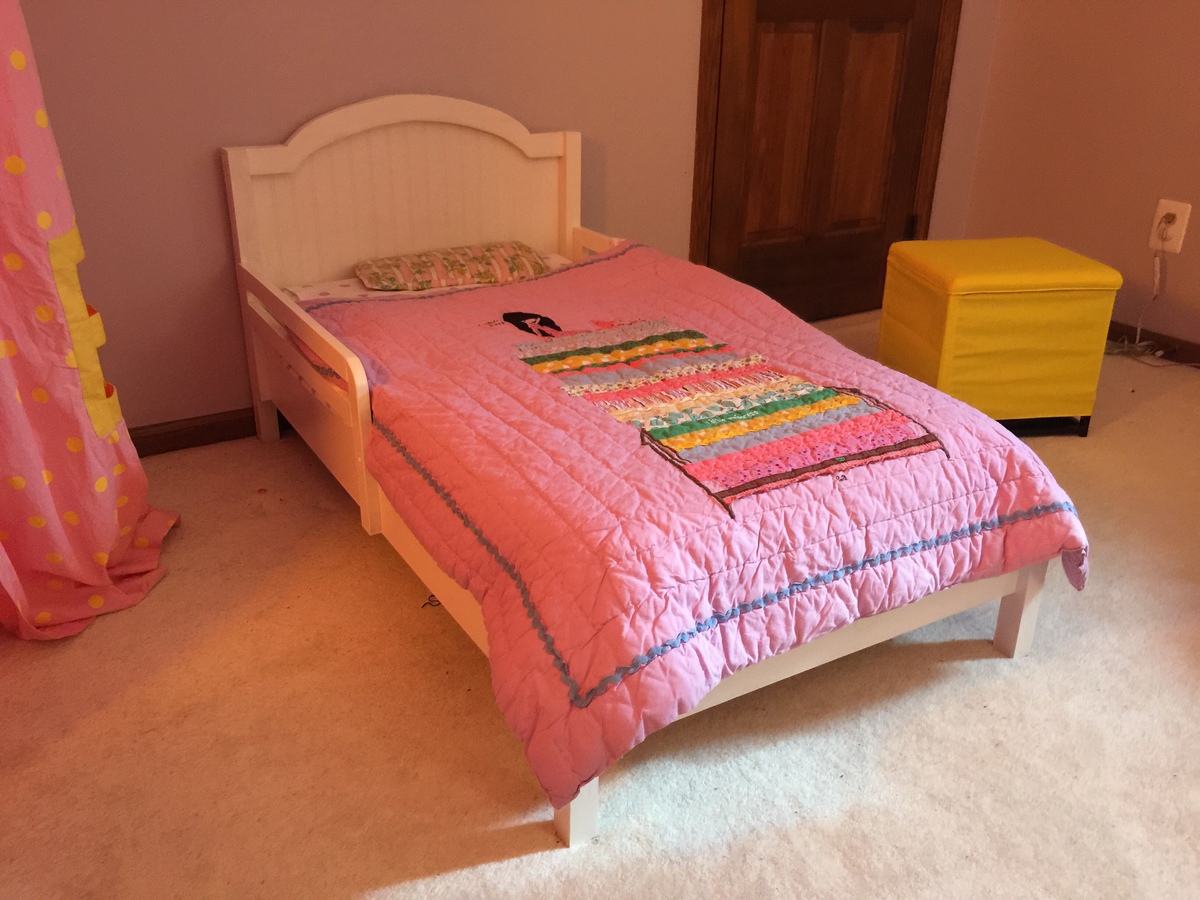 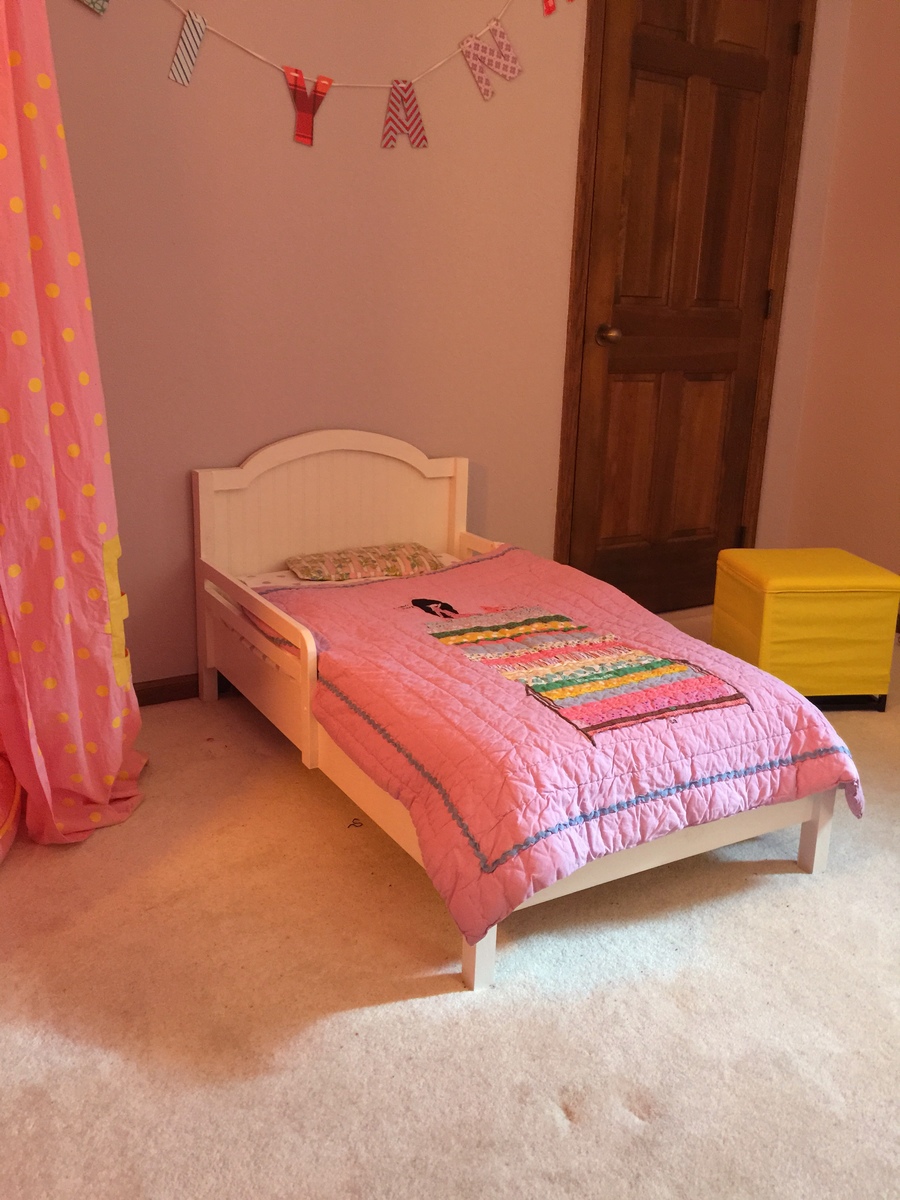