We originally planned on doing a wall paper accent wall in our den but ultimately decided on a wainscoting feature wall. We thought it would give the room a more timeless, classic feel. We also added crown molding. This is not traditional wainscoting with a raised panel. We just painted the wall between the boards instead of using a raised panel. Once we decided to do a wainscoting feature wall we had to determine the pattern. We thought a wall of squares would be too repetitive so we decided to use a combination of large and small rectangles. To determine the exact pattern I took the dimensions of the wall and worked through some different spacing options. Once I determined the spacing, I drew the pattern on the wall. This took some additional time, but it was worth it to get a visual of the final project because seeing it on paper is completely different than seeing it on the wall. It also made it easier to calculate how much material I would need as well as if outlets will be an issue. Outlets should be in the center of a board or not touching a board at all.

Check out more at http://www.houzz-2-home.com/ 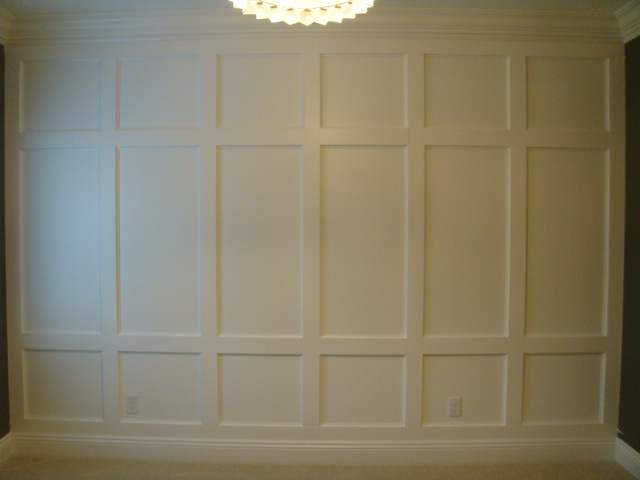 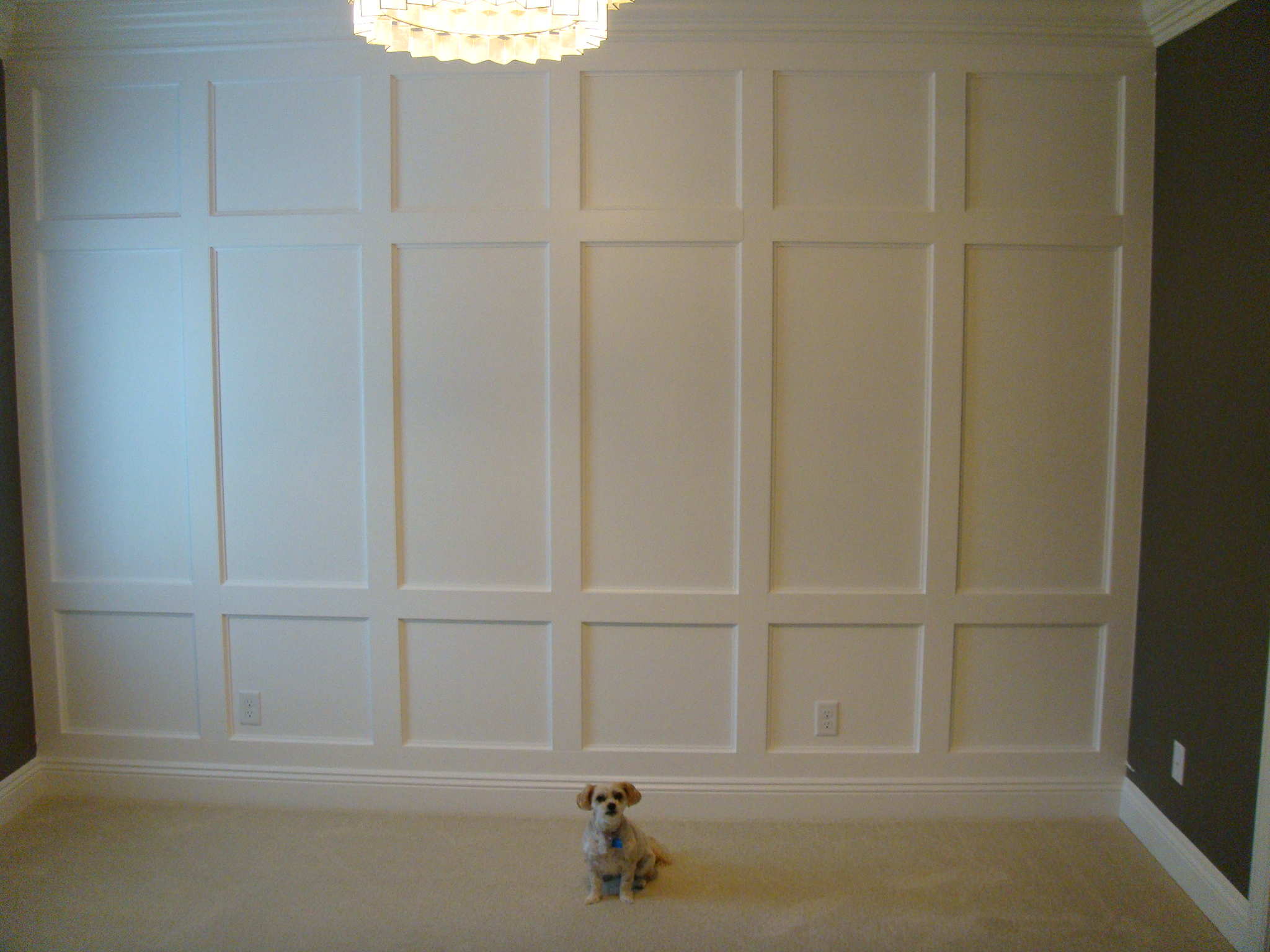 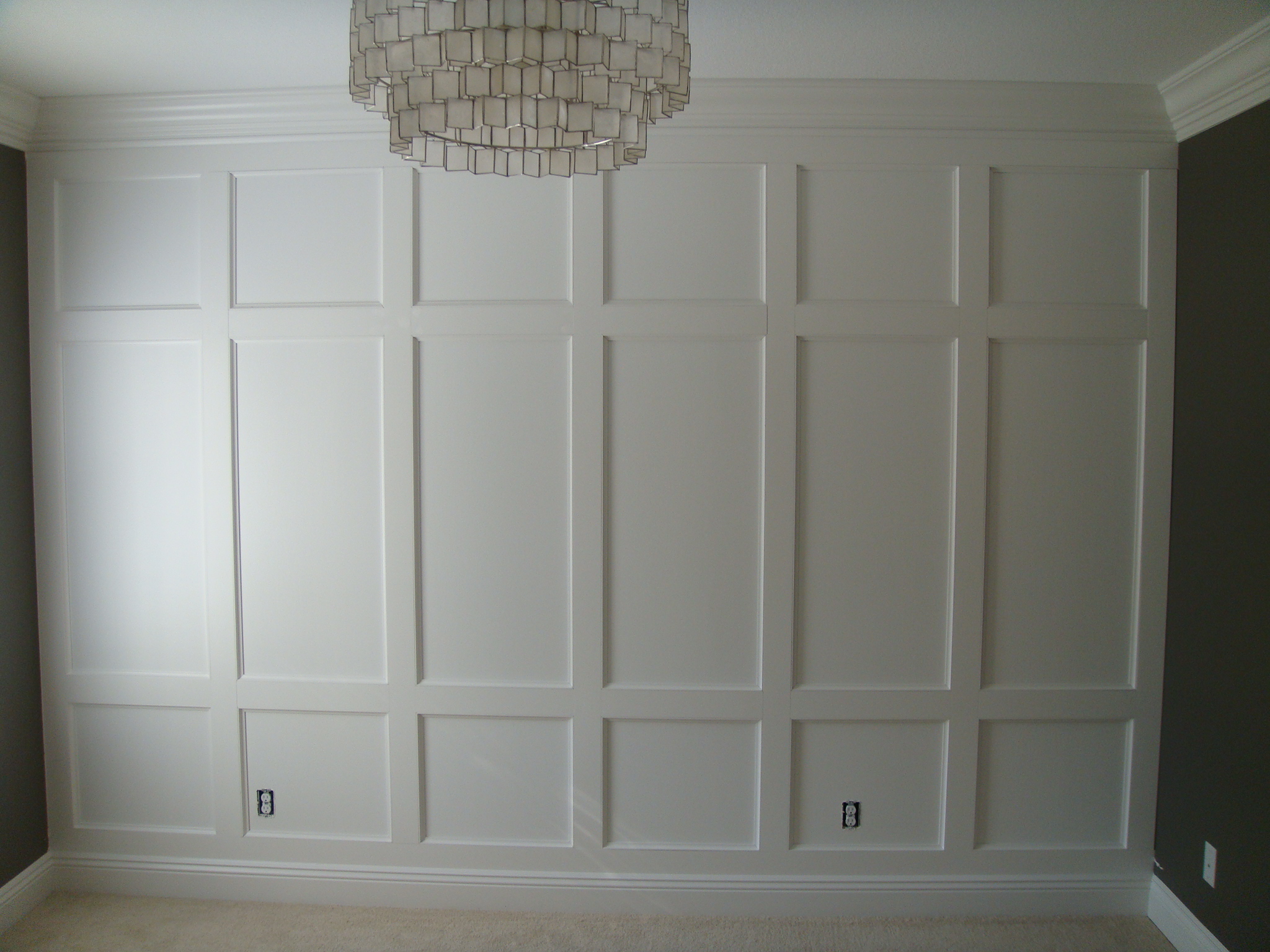 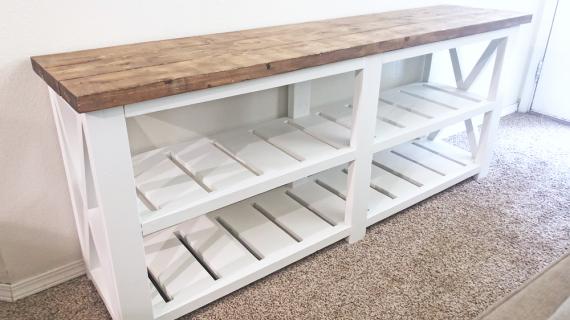 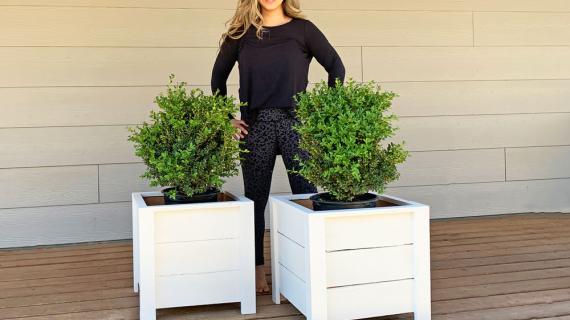